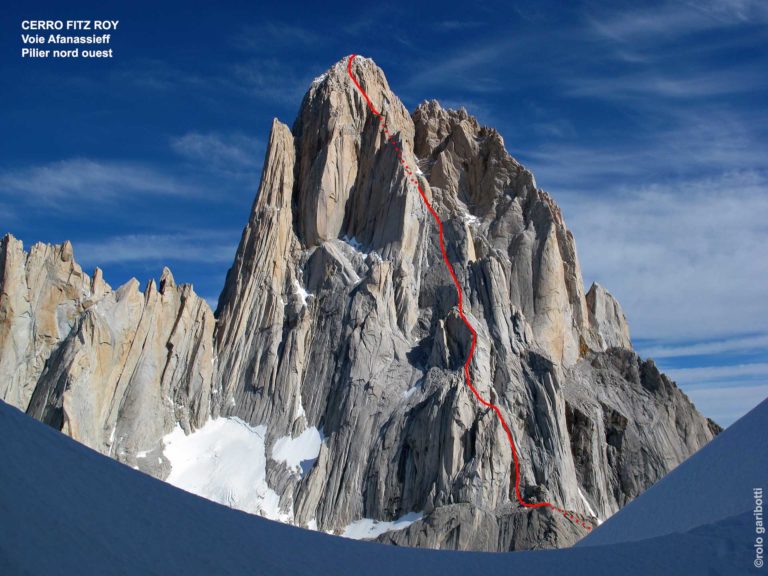 Impressive Fitz Roy solo : up and down without rope for Jim Reynolds

Solo of the year ?

The purity of the climb is matched only by its unexpectedness. And no one has seen Jim Reynolds come. Yet this 25-year-old Californian made, on March 21, a solo among the most breathtaking of recent years. We are far from Alex Honnold’s solitary flights on the good and sunny rock of Yosemite. Reynolds has just climbed the Afanassieff route at Fitz Roy (1,550 m, 30 °, 6a +, Argentina), avoiding ice falls and playing with the bad Patagonian weather. But the real feat is elsewhere, because Reynolds has also downclimbed by the same way, without using rope. Exclusive interview with an inspired climber.

Even if we know the American climbing community, especially in Yosemite, we must admit that we had never heard of Jim Reynolds. Or maybe yes, once, furtively, when this young Californian get for a short time the record of climbing the Nose (El Capitan, Yosemite) with Brad Gobright, during just over six months, in 2017 (2h19mn44s) . It was not counting on the crazy year 2018 that followed and successive records, with minutes shot, by the two masters of the place : Tommy Caldwell and Alex Honnold. Since then, it must be believed that Reynolds had resumed a discreet life, punctuated by relief to Yosemite, when, during the summer, Jim joined the team of Yosemite search and rescue.
At only 25 years old, one can feel a bit of casualness in this guy who walks in Patagonia for the first time. And for good reason :