Kristin Harila’s Quest for the Fourteen 8000 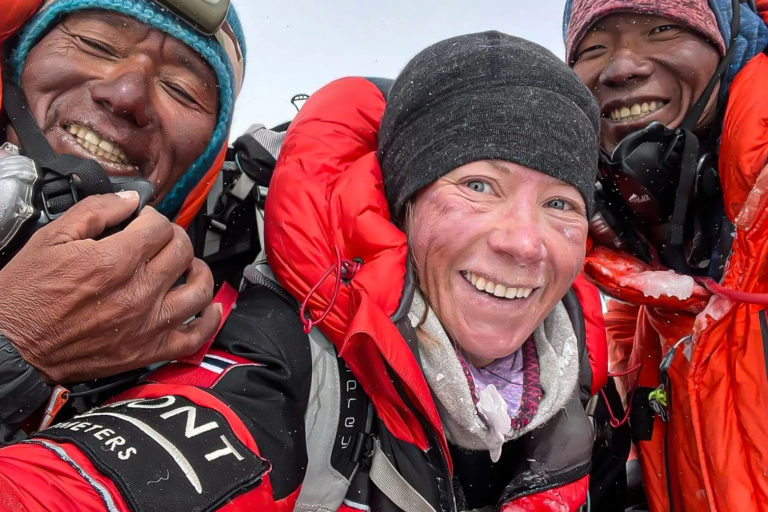 She climbed six 8000ers in 29 days. Even Nirmal Purja took longer to complete his first summits during his famous fourteen 8000 summits. Beating the record of the Nepalese is not the first motivation of Kristin Harila. But being the first climber to prove that a woman can do the same thing: climb the 14×8000 in record time, with bottled oxygen. Just back home, we spoke with Kristin Harila before she left for Pakistan, and the continuation of her 14×8000 express quest.

If Nirmal Purja can inspire almost two million followers on Instagram, only one person on Earth has had the nerve to follow in her footsteps, Kristin Harila. “Why couldn’t a woman do the same thing?” the young woman explains to us. In a hurry, cheerful, smiling, the Norwegian woman leaves for Pakistan in a few days after this conversation, which took place on June 10.

Logistical links, helicopter means, but also Nepalese partners strong and experienced enough to guide her, luck with the weather and the ability to exploit each day spent in altitude: at 36 years old, Kristin Harila has left nothing to chance. And it’s certainly not by chance that she has succeeded in her first six 8000m… of the year.

She started the altitude with Kilimanjaro in 2015, and hasn’t wasted any time since. After quitting her job in 2019, and starting with the Lobuche and the Putha Hiunchuli – her first 7000 – the same year, two years later she climbed to the