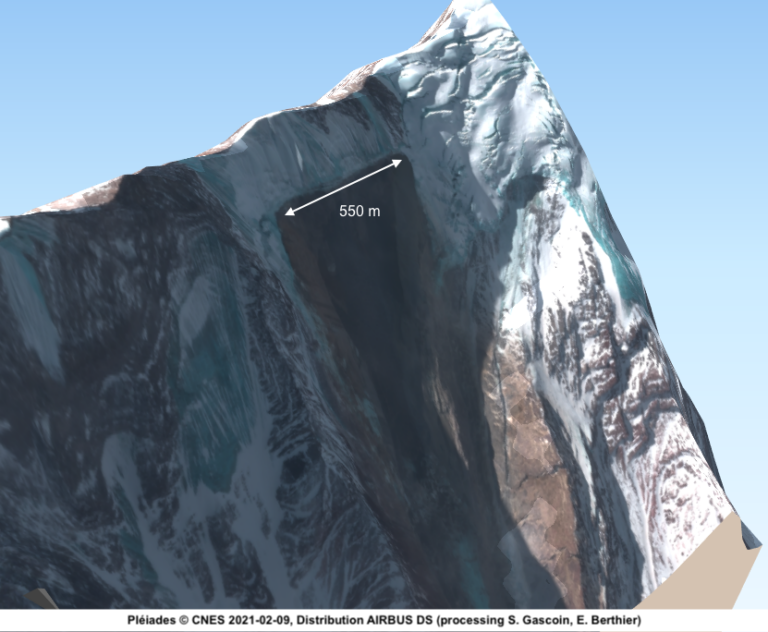 What caused the flash flood that killed almost 250 people in India’s Uttarakhand state on 7th February 2021? Glacier collapse? Glacial lake outburst? Debris flow? While hypotheses have been plentiful, the underlying evidence is thin. Based on the data now available, we take an objective look at a disaster many consider a portent of global warming.

The first stage in the analysis is to describe the phenomena that occurred in key locations, such as the dam construction site. The videos are harrowing, terrifying. But beyond the horror of the situation, they provide clues to how it happened. They show an extremely powerful flow destroying everything in its path. Although the initial surge is too turbulent and chaotic to make out its composition, once the front has passed, the body of the flow can be seen clearly enough to discern its nature. It is clearly a debris flow—a relatively homogenous mix of water and sediment, with huge blocks floating on the surface. Most debris flows are assumed to be 50% water and 50% sediment, unless they are hyperconcentrated, in which case the proportion of water is higher.

Given the spectacular height they reached—tens of metres—the flood waters must have been flowing at a rate of at least several hundred cubic metres per second. According to a local engineer (personal communication), the mudflow that hit the Swiss village of Chamoson in 2019 had a flow rate of around 200 m3/s (water + sediment). Compare the two events and