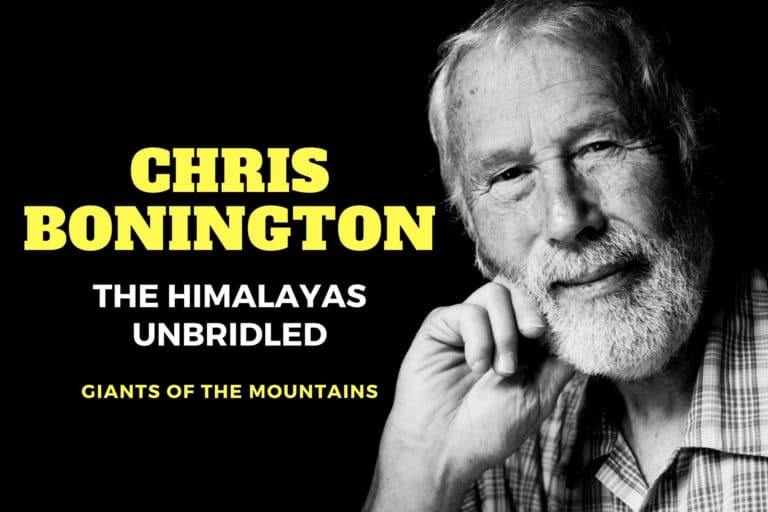 nnapurnas (plural), Nuptse, the Ogre, Everest, as well as Changabang, Kongur, the Central Tower of Paine, Shivling, and many more: Chris Bonington has secured his place in the mountaineering history books, just as much for the array of summits scaled, as for the expeditions led on major climbs such as the south face of Annapurna and the south west face of Everest, from the 1960s to the 1980s. Since his legendary youth on the greatest faces of the Alps, from the Eiger to Freney Pillar, where he achieved a first right under the nose of René Desmaison, his name has conjured up epic tales of major expeditions, adventures to the four corners of the Himalayas, and the extraordinary generation of British mountaineers who left their mark on the world’s most challenging mountains. Chris Bonington endured it all; a man whose ambition and talent pushed the boundaries of what was deemed possible.

BONINGTON IS A SURVIVOR. A MAN WHO NEVER SHIES AWAY FROM THE UNKNOWN