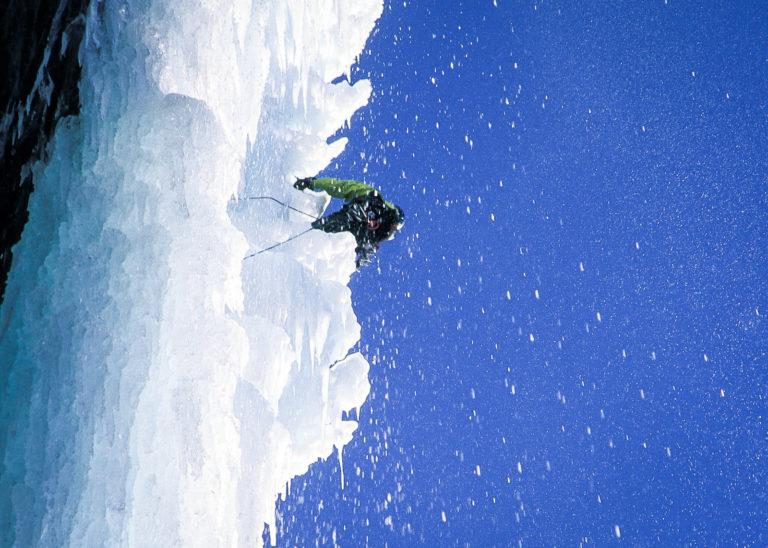 At the Fer à Cheval in Sixt, the disciples of François Damilano and Thierry Renault continued their exploration of the circus with talent. The free climbing of long interrupted icefalls, mixing dry tooling and pure ice climbing on suspended stalactites, became the prerogative of the best among them, as in Gramusat in the Hautes-Alpes. Second part of the frosty history of the temple of Sixt, definitely a major place for the high level of the discipline. But not only.

After the crazy openings in the winter of 1992, the Fer-à-Cheval circus became famous in the world of ice climbing.
However, the routes were not repeated much.

The site is capricious. Exposed to the western ocean currents, it is subject to untimely thawing. When there is a föhn wind, it is no better: immense volutes of soft, dry air clean the slopes of all traces of ice. And here it is rarely laid down, it hangs… does not bend… and sometimes breaks. And then the snow… Achtung! Avalanches are as spectacular as they are fearsome! They fall of 1500 or 2000 metres, their cones sometimes remain until August at the bottom of the combe, which answers to the sweet name of “Bout du Monde”.

An “Bout du Monde” which will be exploited during the best periods by Denis Condevaux and Pascal Duverney, sometimes accompanied by various companions. Numerous beautiful icefalls with quick access, but which oppose two obstacles: a strong, characterful inclination to the ephemeral, and the threat