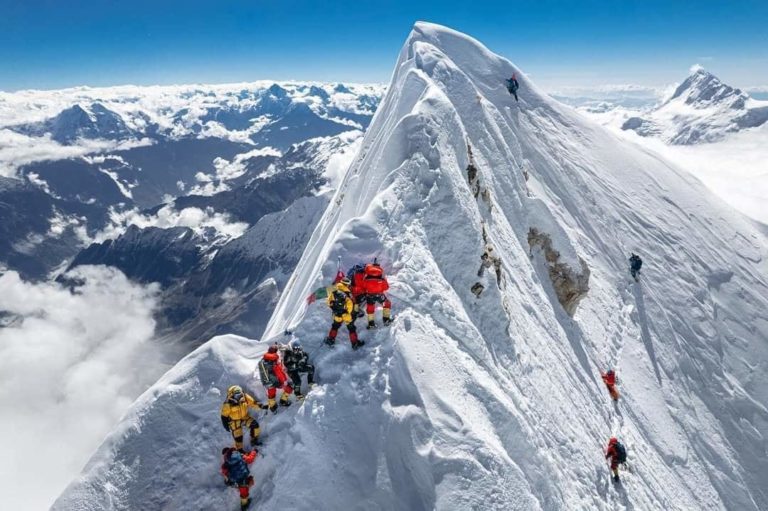 Manaslu: Mingma G. climbing the last few metres below the true summit. Most of the climbers have stopped at the false summit. ©Jackson Groves

No fewer than 200 people have attempted to climb Manaslu since early September. No fewer than 100 people claim to have reached the summit in the last few days. But did they? On 27 September, a determined Nepali, Mingma G. Sherpa, reclimbed Manaslu’s true summit, which lies about 30 metres further along the narrow ridge from the point hundreds of summiters believed to be the highest point. A series of spectacular drone images confirm Mingma G’s claim.

Over the last few days social media have seen a steady stream of messages announcing successful ascents of Manaslu (8,163 m), in Nepal, the world’s eighth-highest peak. The most recent post was from Polish ski-mountaineer Anna Tybor and her two companions, Federico Secchi and Marco Majori, who reached the summit last Wednesday afternoon. Their announcement, which appeared on Tybor’s Facebook page a mere two hours after they had topped out, included a summit photo and a statement in Polish, almost certainly written by someone other than the three climbers. The statement read: “We’ve done it! At around 3 pm local time, the team of Anna Tybor, Federico Secchi and Marco Majori reached the summit of Manaslu. After a quick summit photo, all three began skiing down to basecamp…” The post has received more than a thousand reactions and a hundred congratulatory comments. The summit of Manaslu? Yes, but which summit? 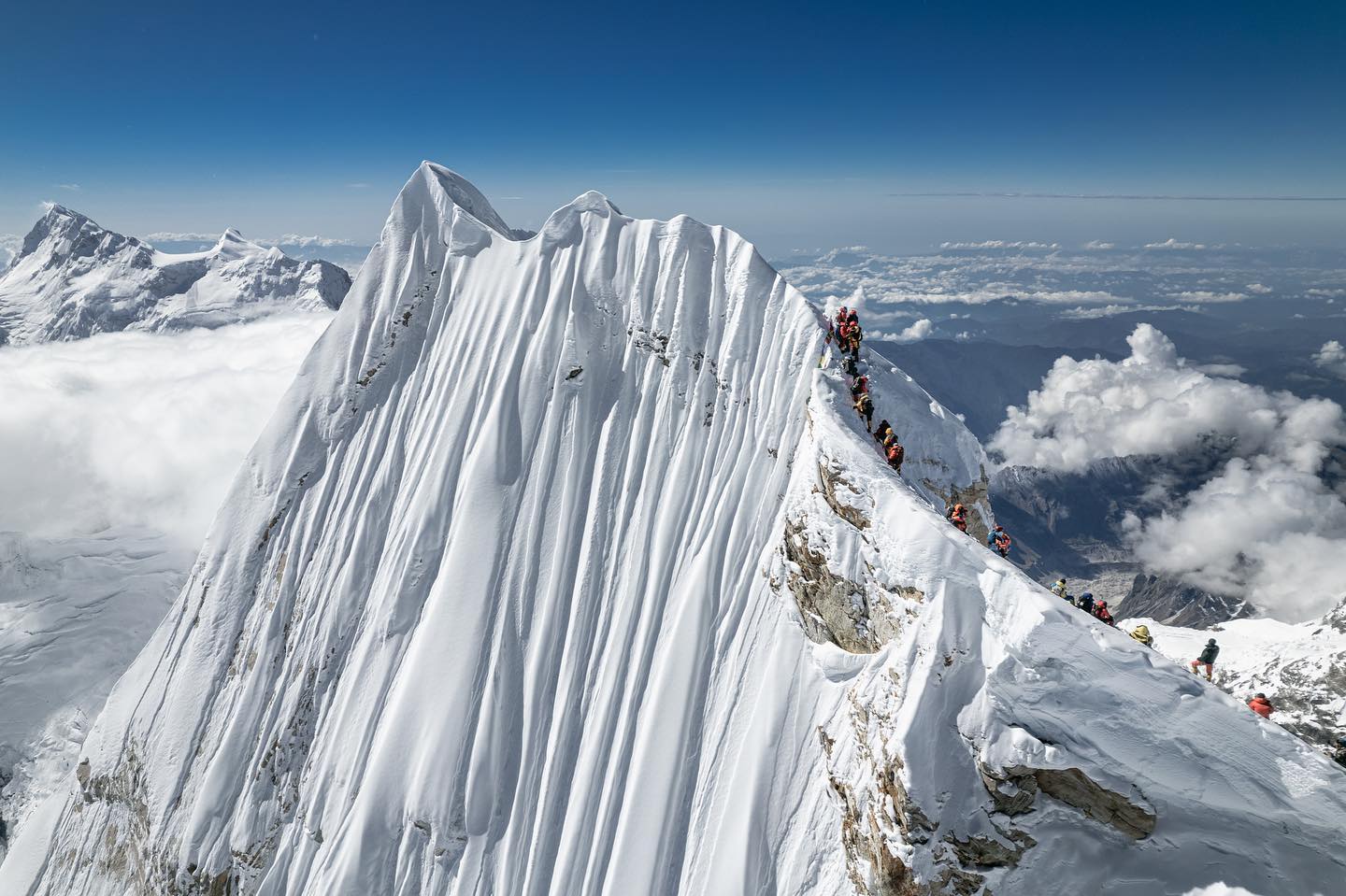 Manaslu : the point reached by most summiters is on the right; the true summit is on the left. Photo taken from