Why Marc Batard, 70 years old, is back on Everest. Again. 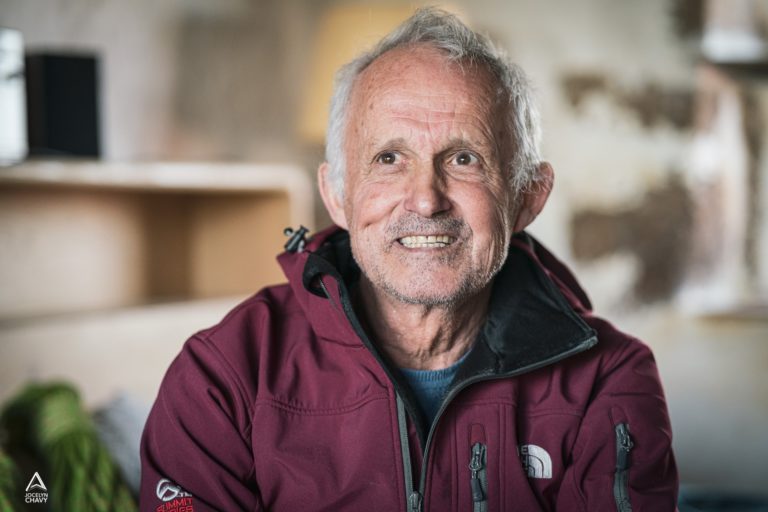 In 1988, Marc Batard became the Everest sprinter, the first man to climb the Roof of the World in less than 24 hours, without bottle oxygen. A record that still stands. 34 years later, we went to meet Marc Batard at his home, before his departure for Everest, which he hopes to climb again for a new kind of record, the Everest at 70 years old. Without bottled oxygen, of course. Settled in a lost hamlet in centre of France with his husband, Marc Batard is ready for his third confrontation with Everest. Interview with him before his departure.

Alpine Mag : Why go back to the Everest?

Marc Batard : It was by chance! I really stopped chasing the high mountains quite a while ago. I had to meet Denis – who became my husband – eight years ago. Four or five years ago, I suggested to him to take him to Everest, as I was in great shape. He said yes. I went to test him at Kilimanjaro because the aim is to do Everest without using oxygen bottles. Denis won’t go all the way up Everest, but I’ve regained the motivation to go, for different reasons. For the personal pleasure of climbing to the highest peak on the planet, which is symbolic. But also because it’s something that interests the media, and what interests me is to use my notoriety for things that I like.

I would like to be more active in the fight against homophobia.