“Marco was a free spirit who did not please everyone” 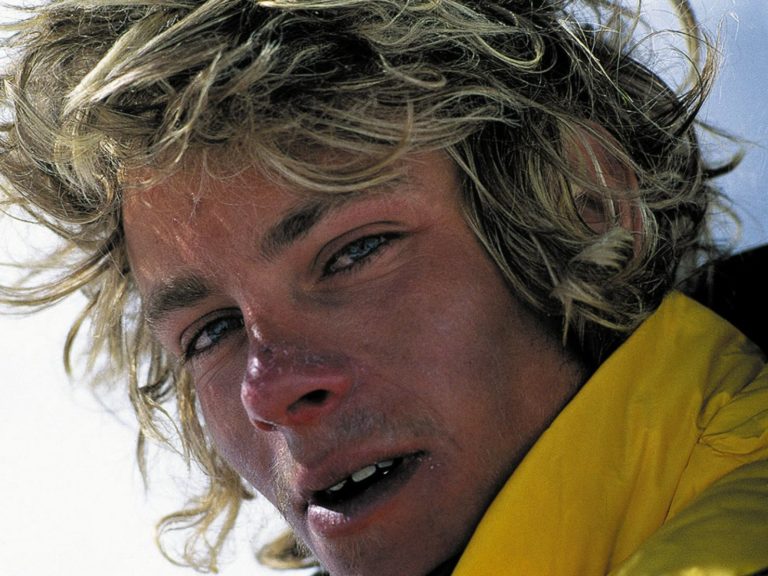 Marco Siffredi disappeared 20 years ago, somewhere on the north face of Everest. It was on the 8th of September, 2002, and he was 23 years old. A genius snowboarder and a rebel spirit, Marco brought a breath of fresh air and sometimes of craziness to the mountain world. What remains of him in 2022? We asked Bertrand Delapierre, a close friend of Siffredi and director of the film Marco, étoile filante.

Were you and Marco a buddy story before a mountain film story?

Bertrand Delapierre: Yes, Marco was a buddy before anything else. We were in the same gang, we did a lot of snowboarding together, even though I was obviously far behind him!

We had a very healthy relationship, without any competitive spirit, as you can often see, even within roped parties.

Since then, I’ve made a lot of videos with other snowboarders, like Xavier De Le Rue for example. But I have never been this close to anyone. You don’t make friends like that just because the guy is good in the mountains. It goes beyond that.

He remains THE figure
of high altitude snowboarding

What was, for you, Marco’s spirit?

BD: He remains THE figure of high altitude snowboarding, notably thanks to Everest and Norton; even if, in the end, he didn’t go that much in the Himalayas.

At the time, it was inspiring to see a guy who wasn’t a guide, who wasn’t from around here, or who had not five generations of ancestors