Maurice Herzog and the first ascent of Annapurna – a tarnished legacy ? 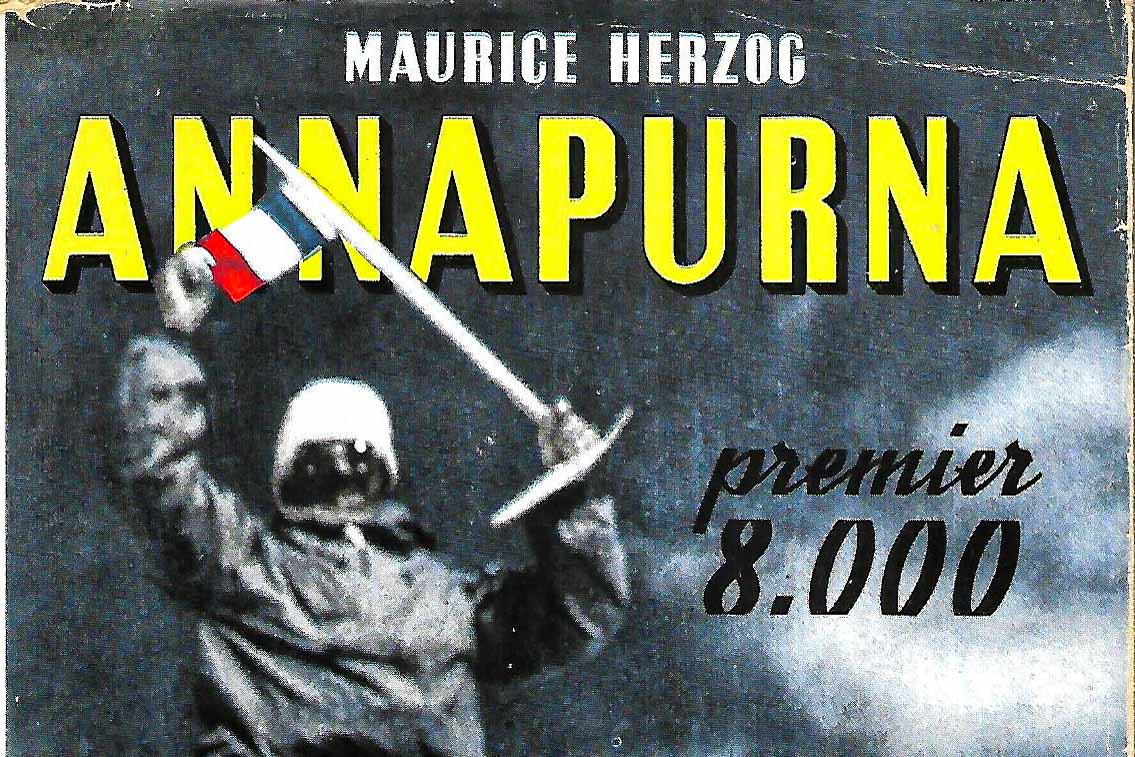 The first ascent of Annapurna, on June 3 1950, was a major mountaineering accomplishment that added to the recovery of a post-war France. The French climber Maurice Herzog made sure he was the sole creator of this legacy when he climbed the first 8,000m peak with French compatriot Louis Lachenal. This feat undoubtedly allowed Herzog to forge a successful political career, working in many high ranking roles, including member of the International Olympic Committee (IOC) for 24 years as a devout promoter of the sport. Sacrifices were made, including the loss of all his fingers. But conquering this mountain was key to the power that he would later hold in life. In light of differing accounts of his accomplishments, career and what really happened on the mountain, there is a fine line between hero and villain when discussing the legacy of one of the most important French alpinists of the 20th century.

Maurice Herzog did not solo climb the first 8000m peak, like Hermann Buhl, but rather climbed the first ever 8000m peak with Louis Lachenal, a mismatch partnership in a story of survival. Herzog and Lachenal’s ascent of Annapurna made the French two climbers national heroes. It was a symbolic first 8000m peak after attempts to climb Everest had failed 30 years before. Maurice Herzog, who died in 2012, earned his fame as the man who brought France out of the shadows after the war by conquering the first 8000m summit. Above all, it was a patriotic mission, one that he could not turn down and had to complete no matter the cost, even if that meant losing all ten fingers. The expedition was led by Herzog, only an amateur alpinist, which boasted a team of professionals and guides who at the time were the crème de la crème of French climbing. These included the likes of Louis Lachenal, Lionel Terray and Gaston Rébuffat, without whom Herzog would never have returned from the summit of Annapurna. The only other amateur, a more accomplished climber than Herzog, was Jean Couzy. Despite this, Herzog was the leader. He had been part of the Resistance, was a hard-liner and the man who aimed to control the story of the ascent of Annapurna until his death. Although criticised by his own daughter, Herzog lead a full and worthy life.

The legacy has since been tarnished due to doubt that Lachenal and Herzog really did make it all the way to the summit. Despite investigation by historians such as Jean-Jacques Prieur (GHM member), there are still some grey areas over the timing, the validity of the photo taken at the summit and especially the words of Lachenal who, although never publicly denouncing their achievement, wrote a different version of the events in his famous diaries. This version came to the fore on the turn of the millennium, in David Robert’s book, True Summit: What really happened on the Legendary Ascent of Annapurna. The American journalist used excerpts from Lachenal’s diaries to shine new light on events, which ultimately tainted the public view of the French ascent of Annapurna. Before then, Herzog had done everything to censor Lachenal’s version of the climb.

The fact remains that, in the decades to follow, Annapurna is still one of the most elusive and deadly summits over 8000m with its serac-studded slopes and so, the first ascent of Annapurna in 1950 was, whatever else it may be, an achievement of the highest proportion by Herzog and Lachenal, who were 31 and 29 at the time. 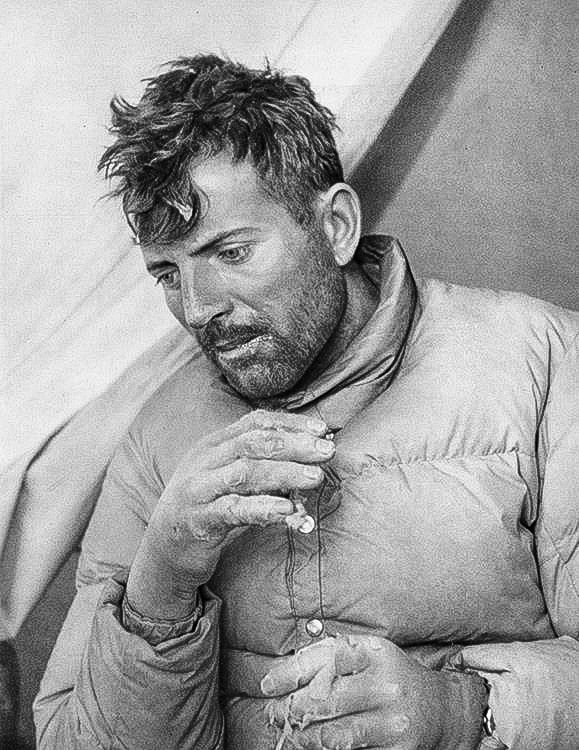 Maurice Herzog with frostbite on his fingers after returning from Annapurna.

“I didn’t owe my feet to France”, were the words of Lachenal after he had his feet amputated due to frostbite and without whom Herzog would have probably never returned from Annapurna. Herzog was known for his charisma and less for his sensitivity which, in Herzog’s eyes, had no place on the expedition, while Gaston Rébuffat would have preferred Herzog “drop the flag rather than his gloves”.  Herzog didn’t complain, but rather described how Doctor Oudot amputated his frozen fingers before they got gangrene during their descent in the Nepali jungle (Herzog would also lose his toes). Nowadays, it is hard to imagine a descent of Annapurna taking five weeks, five weeks of suffering to get back to civilisation. The legacy is there : a French renaissance built on individual sacrifice which seemed, in the 1950s, anything but self-serving.

Gaston Rébuffat would have preferred Herzog “drop the flag rather than his gloves”. 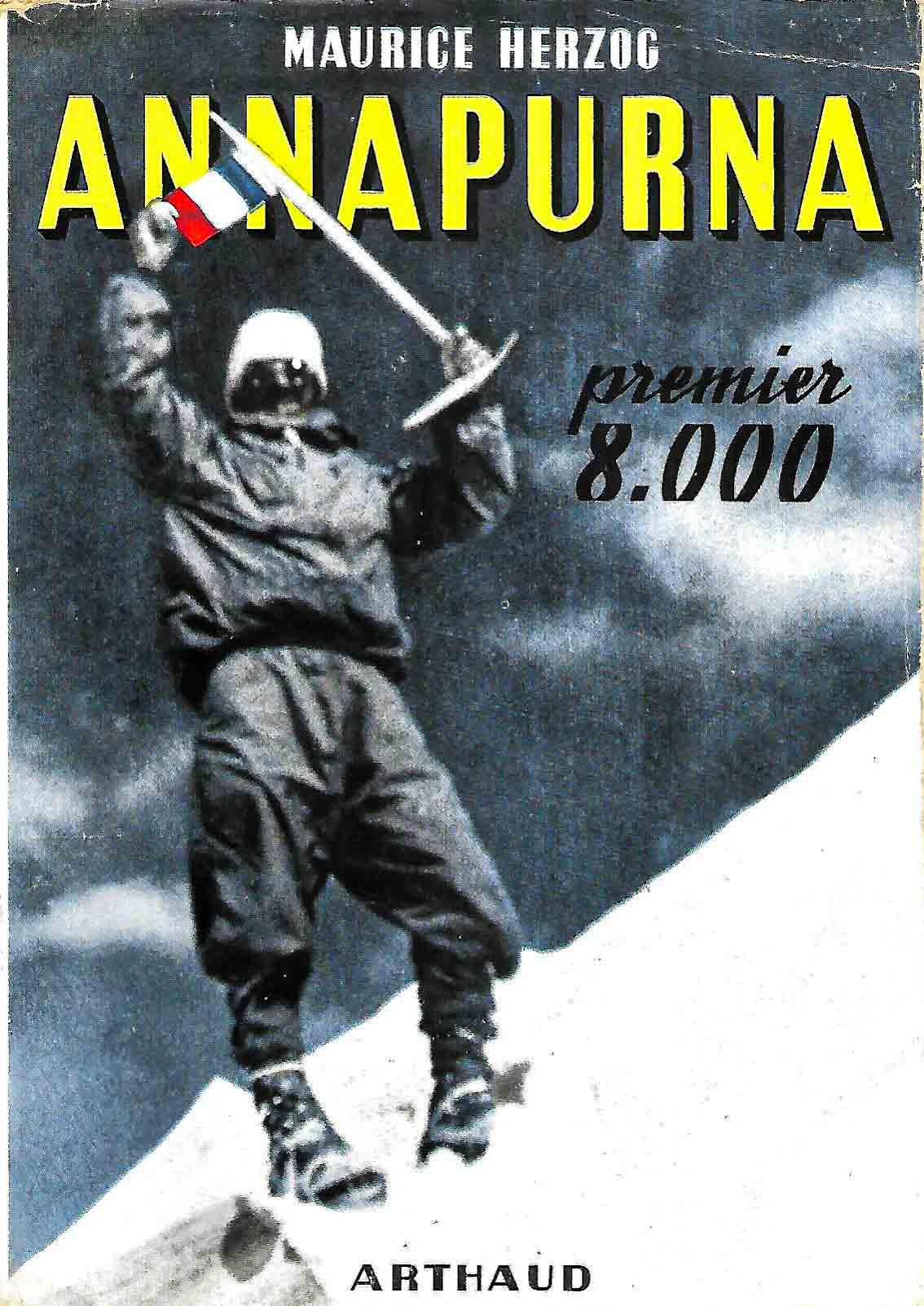 Maurice Herzog has reaped the benefits of an exemplary political career : Secretary of State, Deputy, Mayor of Chamonix, Member of the IOC, etc. However, the dissenting account of his daughter has once again tarnished the legacy in her autobiographical novel (Un héros, ed. Grasset, 2012). Félicité Herzog, writer and businesswoman, talks of how her father was always absent, how he was a scoundrel, and indirectly blames him for her brother’s suicide (his son) who was “crushed under the weight of an in-transferrable myth”, adding that he had ambiguous views about her. Without giving any new information, she spreads doubt over his ascent of Annapurna, at least in how it was done, and talks about the dodgy political friendships that her father had.

Like Herzog, these national treasures brought a new era to France in the fifties. Like Herzog, they first started their own legacy with a real passion for adventure by pushing the “limits of human possibility”, as it was known in climbing at the time. Similar to Herzog, the truth is not always as important as we would like to believe. We will probably never know – unless someone from the Lachenal family reveals it – if Lachenal and Herzog really got to the summit of Annapurna, at 8,091m (26,545 ft), knowing that even today the debate about what really happened still goes on. We know that Herzog censored all versions of what happened after the expedition, including the film made about his achievement. It was certainly a dark story, but still remains a feat of the highest proportions.

Whether they reached the summit, or faltered by a few hundred feet, how important is it? There was suffering and sacrifice, including a part of Herzog’s shadow. Herzog received the Grand Croix and served the French State. But after all, he climbed his last 8000 peak the day he climbed his first, and it is safe to say that Herzog was no Pierre Mazeaud[1].

[1] Pierre Mazeaud was also a famous French alpinist and politician. He was the first Frenchman to climb Everest.