Mont Blanc : the huts on the normal route reopened 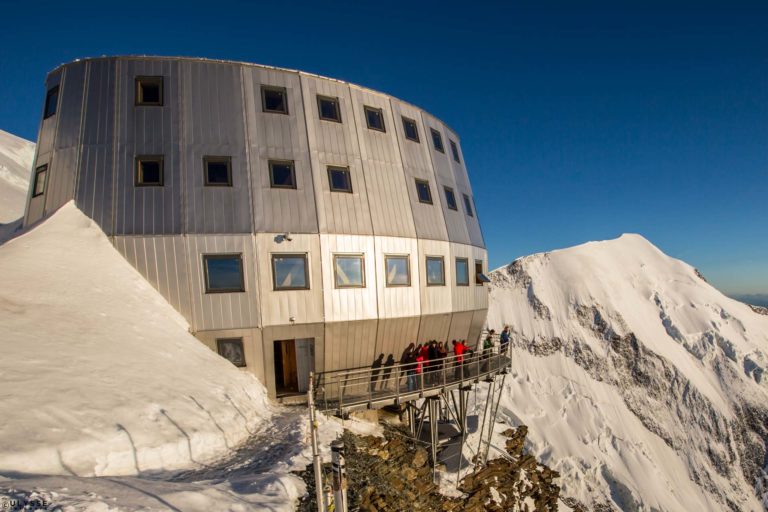 Less than two weeks after taking the historic decision to close the Tête Rousse and Goûter huts, the main ones on Mont Blanc, the mayor of St-Gervais, J-M. Peillex, announced that they would reopen next Saturday, August 20. This decision was taken following the reconnaissance carried out by the guides of St-Gervais, and makes the normal route of the Mont Blanc more accessible again.

The end of the heat wave is the reason given by Jean-Marc Peillex to announce this Wednesday the reopening of the Tête Rousse and Goûter refuges, the two refuges located on the normal route of Mont Blanc. Following two months of heat and important rock falls in mid-July, the mayor of St-Gervais had decided to close in early August the two refuges for which he is responsible. In his press release, the mayor said he “asked the guides of the St-Gervais Val Montjoie company to carry out a reconnaissance on August 16 to assess the state of the Aiguillle [du Goûter], an operation that allowed them to clear several unstable blocks that had been identified for several years“. Contacted by phone, Nils Martin, deputy director of the FFCAM, said that “if mountain professionals now consider the conditions acceptable on the Aiguille du Goûter, then Mr. Peillex’s decision is justified”. However, the FFCAM concedes that it was only informed last night of this decision, which, although positive for the hut wardens, still requires some work to be applied.