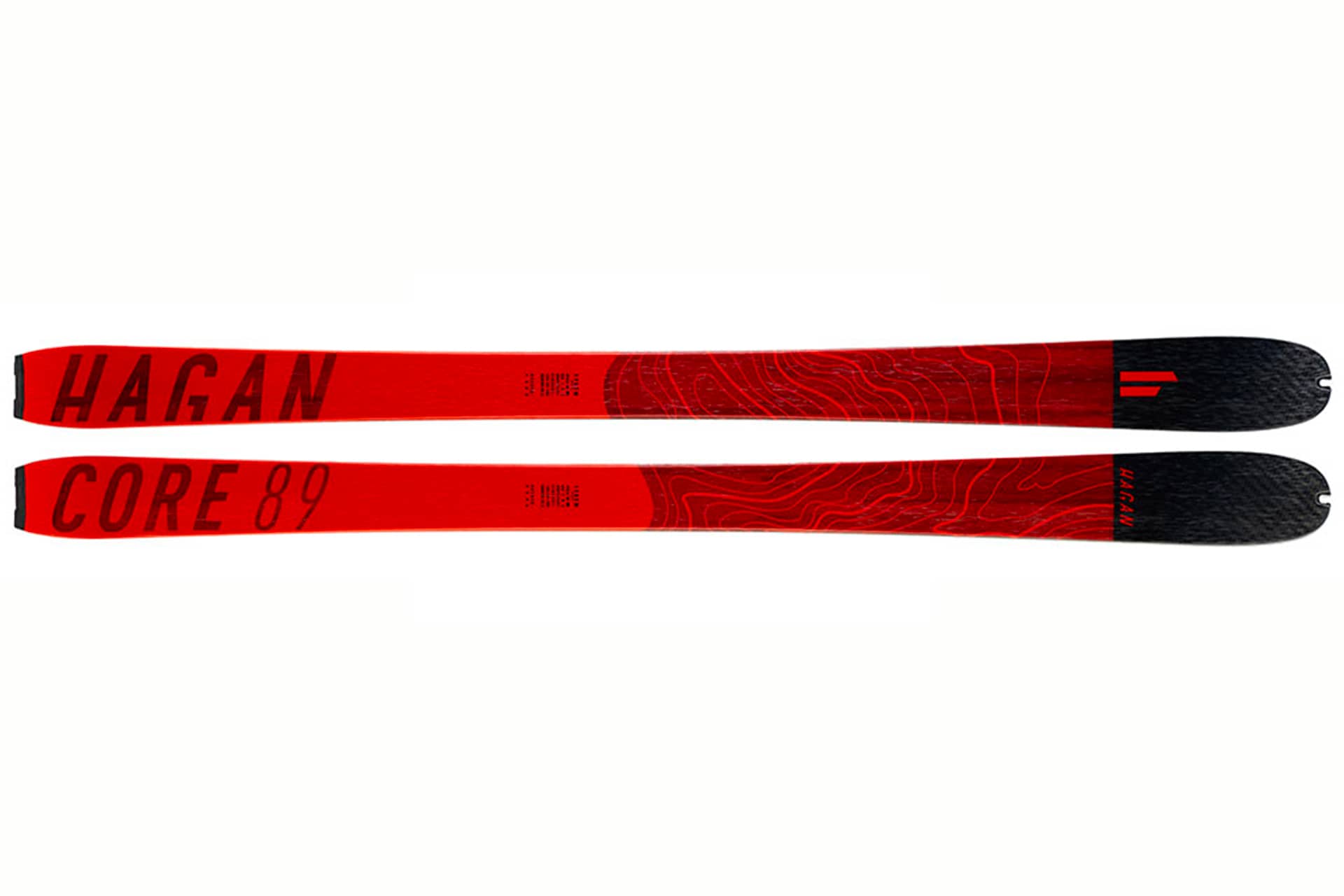 The Hagan Core 89 rides on deep, hard, and groomed snow. It’s an excellent compromise between accessibility/skiability. It’s easy thanks to its pivoting, tip width, curve radius (18.5m), and flex distribution at the fore of the ski. All these elements enable fluid lift and natural pivot.

The tail is present, but it doesn’t affect its behavior, we listed it as “active”. It provides security and pivoting at the end of the turn so you can accelerate the manoeuvre and dose the radius in accordance with the pressure you put on it.

This tail is very interesting on hard and groomed snow as it assists certain movements, particularly closing the turn with a tendency to oversteer. It’s a little like assisted steering, you just give it a little pressure and it turns. If you fancy, you can get a nice carving effect. Turn initiation is the same effect: easy and immediate.

On hard snow the Hagan Core 89 is less at ease initiating turns. Hagan balanced the effects by providing a tip that is not too present, otherwise you would’ve had a feisty tail and demanding tip resulting in a ski that oversteers: and here the ski drives easily. So, the Hagan Core 89 remains docile, less Alpine profiled and more at home in powder.

We loved its lightness and width for riding in all conditions. You immediately feel comfortable. It’s accessible yet with some energy from the tail without being too jumpy.
The skidding phases require a bit of technical prowess if you want to switch from carving to flat pivoting, but for the experienced skier it’s very pleasant and you can ride in all snow conditions and different terrain. Those who want to go really fast, or do multiple turns, or who want to freeride, this isn’t really the right product. It’s more for ski tourers who are happy with their technical abilities and want a ski that answers many different situations: the Hagan Core 89 doesn’t disappoint. It is very trustworthy on the edge. It glides well, and its design is ok.

Varying the angles, turn inclinations, switching from carving to skidding, aren’t necessarily easy for everyone, experience and skill are needed to control the fore/rear position and fore/aft pressure distribution, for a more refined angle control carving. In deep snow these subtilities are less demanding, the ski doesn’t sink, it lifts out well, the tip is progressive without being excessively aerial. It doesn’t chatter.

This Hagan Core 89 is a very good compromise for a ski tourer who wants to prove his worth on skis and a mountain-lover who wants a ski that does everything in this width.