Success at the Matterhorn for French climbers Billon, Ratel & Védrines 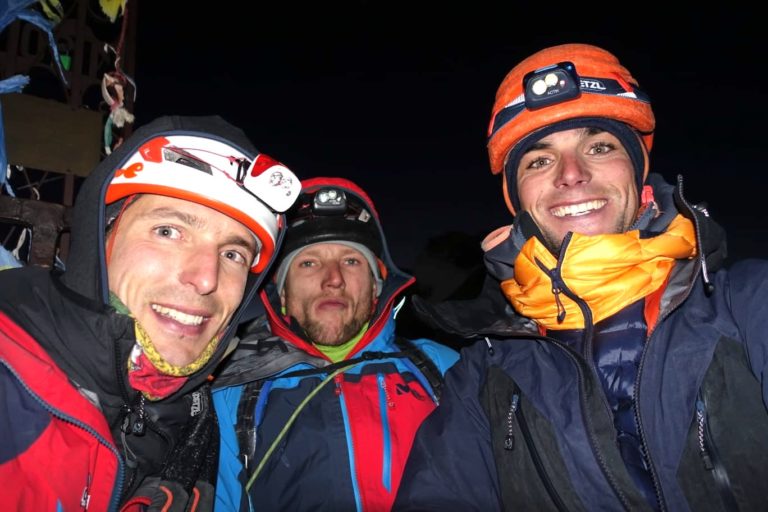 At the Matterhorn, amazing trilogy completed for L. Billon, S. Ratel, B. Védrines

French alpinists Benjamin Védrines, Léo Billon and Sébastien Ratel concluded with unusual mastery their winter trilogy of the three mythical northern faces of the Alps, using the most direct routes and in the record time of barely a month. Enough to set a new milestone in this link-up initiated by Glairon-Rappaz and Périllat in 2011. After the Harlin route at the Eiger, the Directe de l’Amitié at the Grandes Jorasses, the Matterhorn is the culmination of this amazing adventure.

The score of the three movements of this concerto for mountaineers trio was performed to perfection, with a final accomplished in one day on the Gogna-Cerrutti route (1000m, A2, 6b, M7) on the north face of the Matterhorn. “The problem with everything going so well is that it looks almost easy from the outside. But this trilogy is anything but insignificant!“, insists Benjamin Védrines, who was on the phone with us last night in Chamonix, in transit to Léo Billon’s house, as he was coming out of a well-deserved shower. Two minutes later, Léo recounts the arrival at the top of the Matterhorn: “This day was the most intense: very physical on the arms in the second part, with quite exhausting wind, the altitude at 4400. . . We felt a big emotion completing the project. Of course, it was stronger than on the other ascents where you were not the most expressive and we just said to ourselves “Ah, we are happy”. There is no explosion