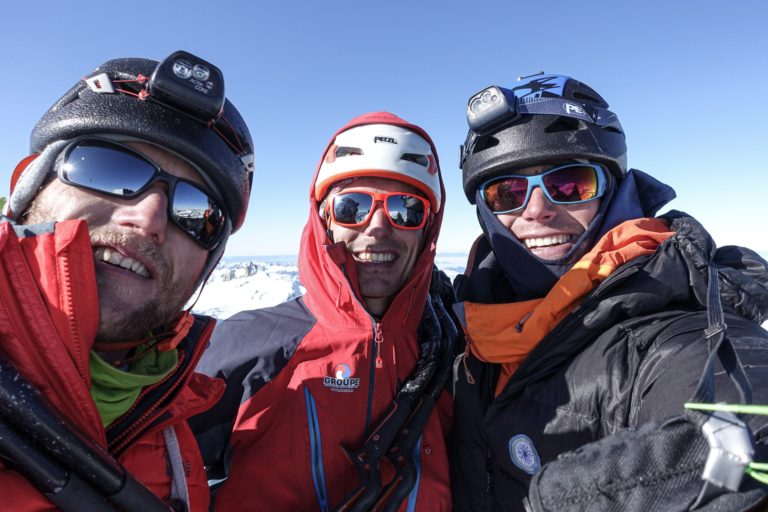 The summit of the Jorasses ©Billon-Ratel-Védrines

Barely back from a second North Face in a row, Léo Billon is enthusiastic: “It’s the most beautiful mountaineering route I’ve ever done in the Alps!” With Sébastien Ratel and Benjamin Védrines, the mountaineer who is a member of the Groupe Militaire de Haute Montagne has something to be happy about: after the Directissime Harlin completed at the Eiger a week earlier, they are back from the Grandes Jorasses, yesterday, via the Directe de l’Amitié, an itinerary often mentionned as the toughest of the Jorasses. By telephone, Léo Billon gave us the story of those dense days, of those suspended bivouacs, with the Matterhorn already in sight. To complete this great trilogy.