Léo Billon, Seb Ratel and Benjamin Védrines in the footsteps of John Harlin

North face of the Eiger 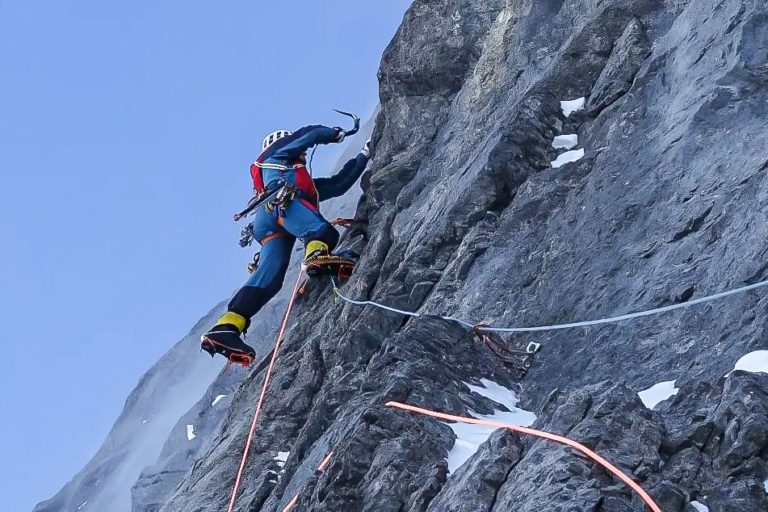 Charles Dubouloz is not the only one to have taken advantage of the beautiful January anticyclone. From 12 to 16 January, Léo Billon (member of the Groupe Militaire de Haute Montagne) Sébastien Ratel (ex-GMHM) and Benjamin Védrines climbed the Directissime Harlin on the north face of the Eiger, for the first time in alpine style in winter. Rarely climbed, this route, full of history, is the most direct on the north face.

Léo Billon is not at his first trial in the north face of the Eiger. One of the most capable members of the GMHM has put his climbing shoes on the north face of the Eiger several times, taking advantage of the few summer niches where the right side of the face, overhanging, is dry enough to be climbed by extreme routes made of pure rock. The adventure is completely different this time, and the commitment is real, with this Directissime that rises the face in its center. Léo, Sébastien Ratel and Benjamin Védrines spent five days in the giant refrigerator of the Eiger. Considered to be the highest north face of the Alps (1 800 meters), the Eiger remains an exceptional wall in the Alps, whose history did not stop with its conquest in 1938. 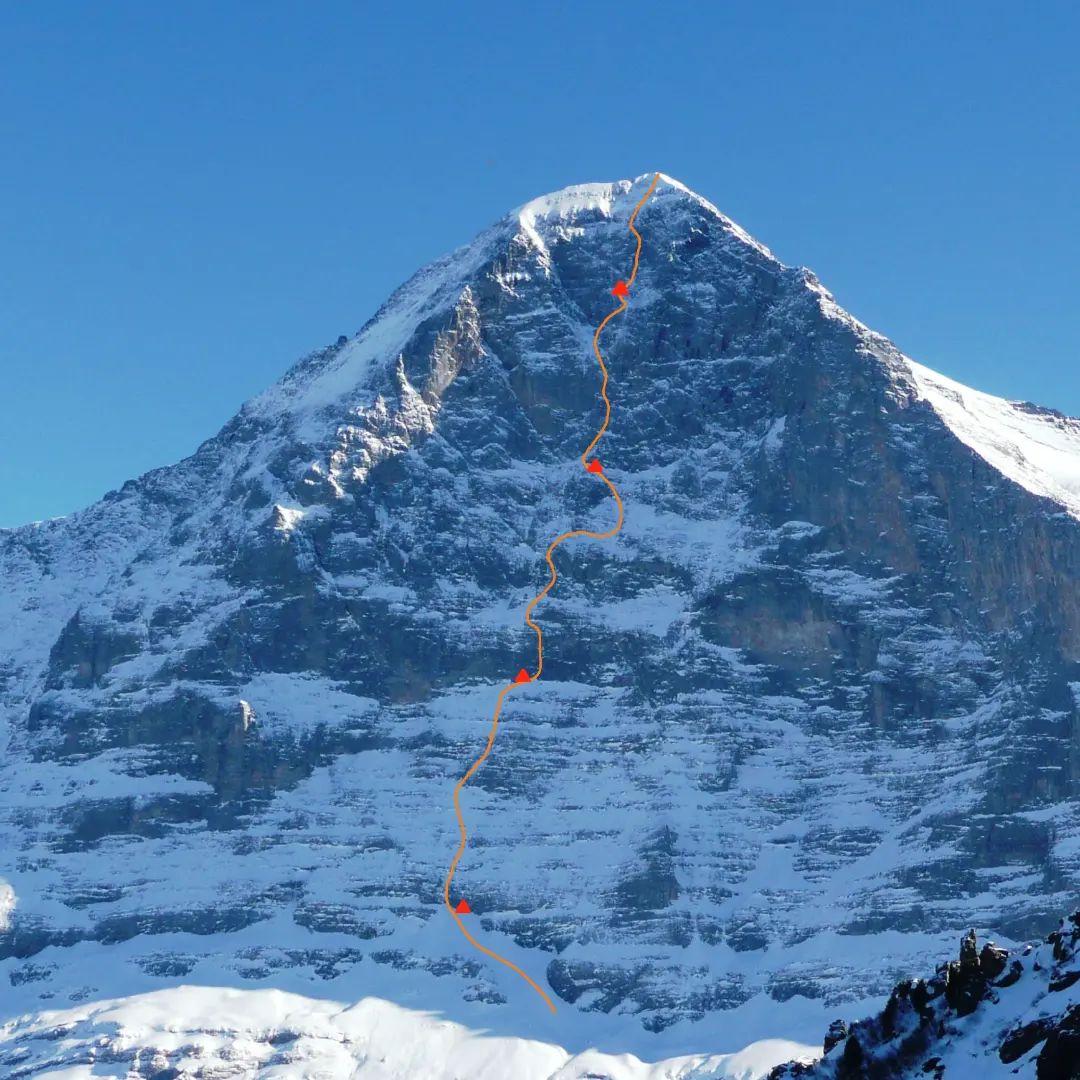 Eiger, the Directissime Harlin with the bivouacs of the 3