It’s crazy what a little change gives wings. Those of a kite in this case, a red kite.
Accustomed to the hands of climbers, the wiggle of skiers and other alpine balancing acts, my camera went out of its autofocus zone (which is to cameras what the “comfort zone” is to humans). What did he have in his viewfinder to be so confused? A faster athlete than the others? A low-light scene that the photosites of his sensor could not absorb? No, my camera stayed in awe on a bird. 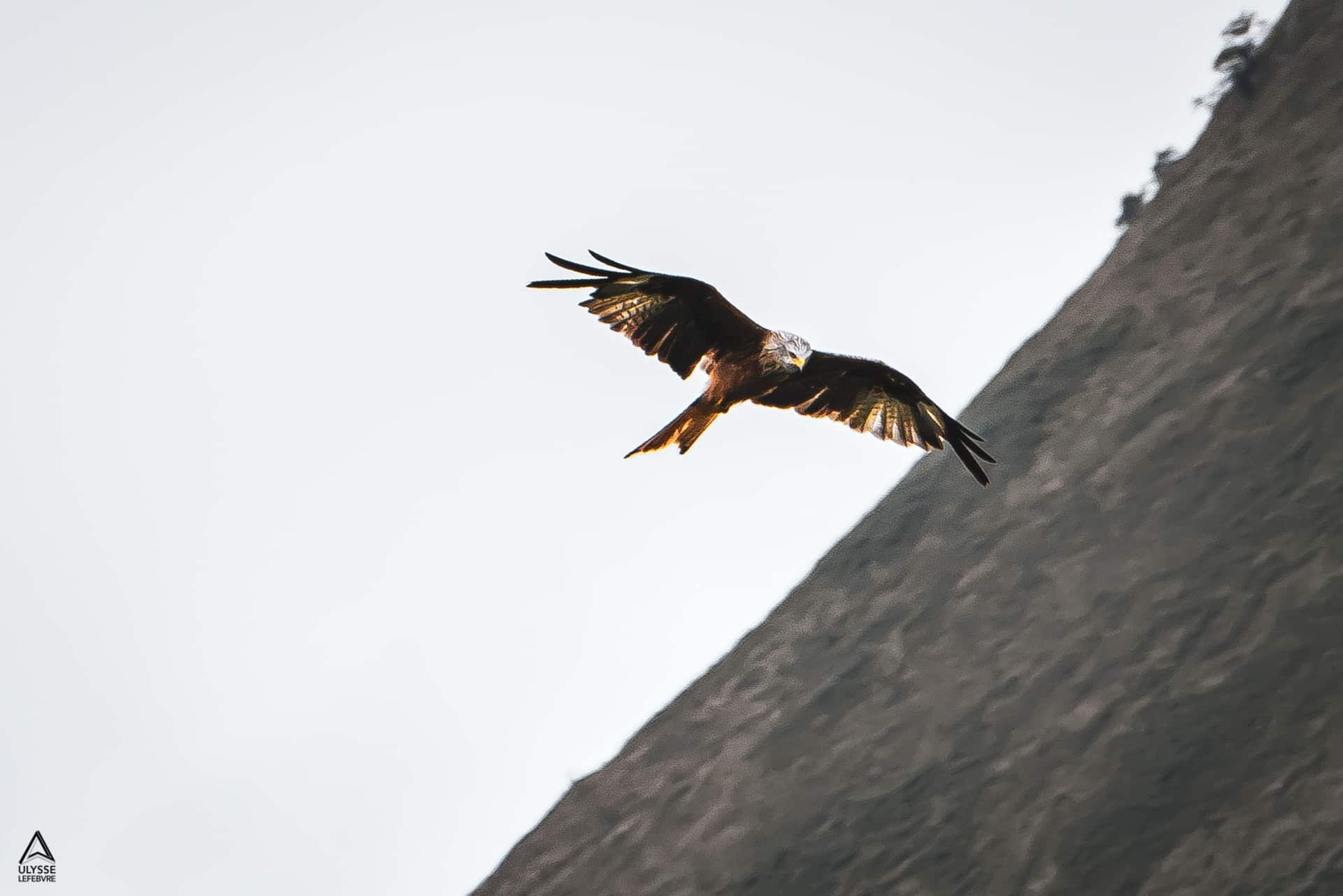 This bird is an ancestral inhabitant of the Pyrenees. Royal, this kite does not hide. Better, it whistles powerfully as if to challenge you, to taunt you. It is that Mister Kite is at home in the Pyrenees. And it is also at home in the Alps, and like everywhere else where it is found in Europe, it is classified as “vulnerable” by the International Union for Conservation of Nature. It is even “critically endangered” in the red list of breeding birds in France.

Seeing it so high and proud in the sky of Aspe, impervious to threats, I wondered what such a prodigy of nature could think of the low scratches of humanity, of the dismantling of the Natura 2000 environmental protections by a french president of region, of the useless nibbling of preserved spaces, of the kingpin behavior of some of our elected officials.

You have to be crazy
not to see it

President, mayors and other ephemeral potentates, the red kite flies over them. It is that nature does not suffer the votes. She is not elected. It is there, sovereign but nevertheless fragile.

It is an absolute monarchy to which we should, if not submit, at least conform. You have to be crazy not to see it. A high-flying emissary, the red kite is definitely hovering over a cuckoos nest.