Dreaming of Manaslu, but which one?

Lists are one of the most widespread contemporary habits, maintained by the productivity apps that are very much in the air today. Mountaineering is no exception, and this is not new: the 82 “4000”, and of course, the fourteen “8000” climbed for the first time by Reinhold Messner – or the list of the probationary exam to become an aspiring guide.

At the beginning of the summer, the investigator Eberhard Jurgalski stated that only three himalayists had climbed the highest point of the fourteen 8000. Only three out of the fifty or so humans listed so far, and excluding Messner himself from the list, for a rough Annapurna. In the fall of 2021, Mingma G. Sherpa and drone images had however shown the world that no one, until him, had reached the real summit of Manaslu, for perhaps several decades. This brought water to the mill of Jurgalski. 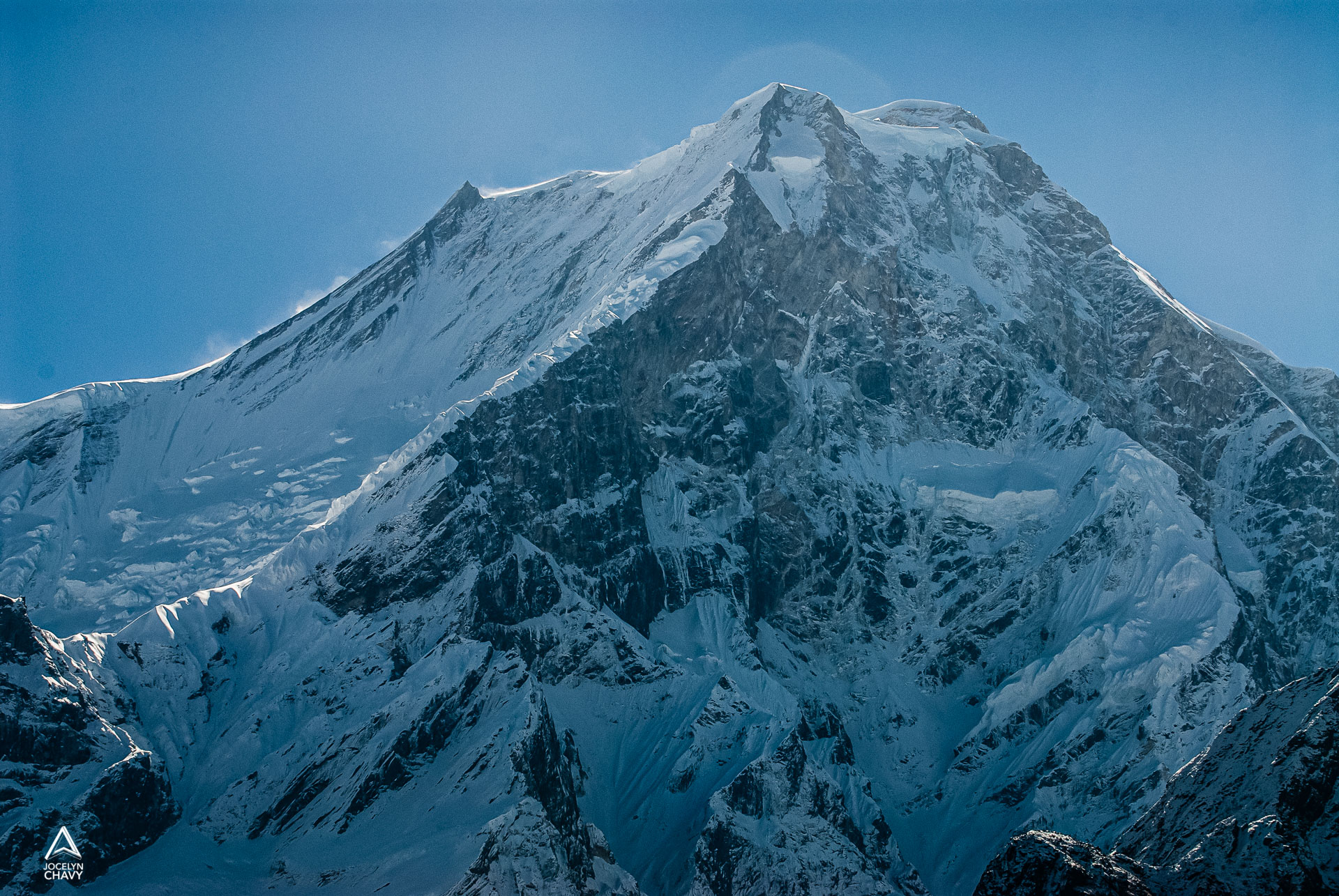 A part of the western slope of Manaslu, climbed for the first time by Pierre Béghin with Bernard Muller, G. Bretin and D. Chaix in 1981. ©Jocelyn Chavy

Notwithstanding what Messner brought to the Himalayas, it was difficult to know how the himalayists challenged by the 8000ers team would react. Himalayan climber Ralf Dujmovits, the sixteenth and only German to have completed the list – the historic list – announced the color: at nearly 63 years old, he has decided to climb Manaslu. He is currently there. In 2007 he thought he had reached the summit in a wind storm. But for several years he suspected that he had not reached the summit. He told our colleague Stefan Nestler that he “wanted to climb the last few meters of the highest point of Manaslu for [himself], not for Jurgalski or anyone else”, and without oxygen.

Other himalayists, including Nepalese high-altitude professionals who have made one or more ascents of the pseudo-antecima, plan to reach the real summit of Manaslu this fall. No one knows how the five or six hundred contenders will succeed one another on the narrow summit, but that’s another story. The advantage of a pointed summit is that there will surely be fewer people to climb it.

Ralf Dujmovits is probably right to say that he is doing the Manaslu again for himself and for no one else. If he succeeds, he will be the fourth man to have put the crampon on the highest point of the fourteen, even if he defends himself from finding a motivation in it. Mountaineering remains the art of reaching the summit, not of staying just a few meters below it, in the Himalayas, the Alps or the Andes, like Maestri who, from the top of his compressor, snubbed the ice mushroom of Cerro Torre.

Whatever Dujmovits may say, the climber is still stuck with the idea of a list to measure himself against, a format from the last century that excludes, conveniently, a bunch of difficult summits measuring a few meters less than 8000: Gasherbrum IV and Annapurna II for example. The mountaineer, you, me, remains obsessed by his “to-do-list”, and Alpine Mag by its “most beautiful”!

To succed in a route, a summit: yes, but for whom? For oneself, answer Hélias Millerioux, Symon Welfringer and Charles Dubouloz: the three Frenchmen have chosen to tackle the imposing and rarely attempted West Face of Manaslu. Far from the crowds, and from the lists.