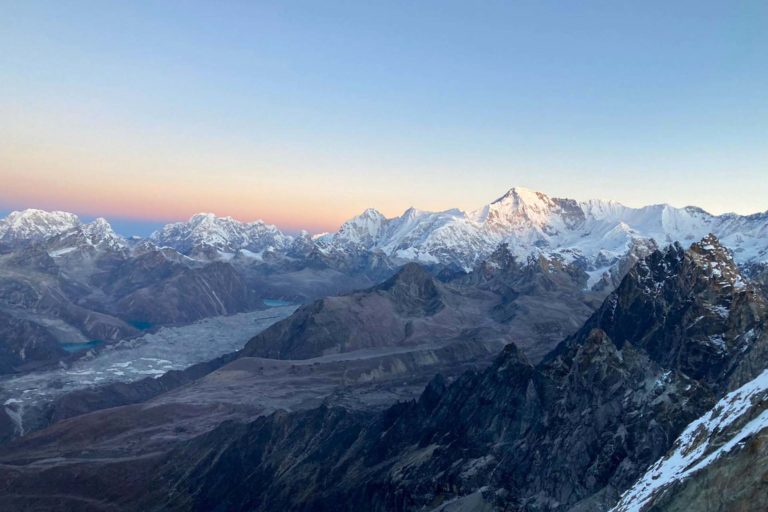 Three french climbers from the GEAN (Groupe excellence alpinisme national) of the FFCAM (Fédération des clubs alpins et de montagne) have been missing since 26 October 2021 in Nepal, Khumbu, not far from Ama Dablam. A reconnaissance flight revealed traces of an avalanche on the face. A helicopter rescue team was dispatched from Kathmandu.

Leaving France on 30 September 2021, the 8 french climbers went to the Khumbu region. They were divided into two teams and were able to climb some acclimatization summits:

They had to move on to more ambitious goals.

Setting out on 24 October to climb a route on the west face of Minbo Ider (6071m), a satellite summit of Kangtega, a team of three climbers had given themselves four days to complete the ascent. According to Niels Martin, French Alpine Club’s press officer, “a last contact by satellite phone was made between a coach and the three climbers. With no news since then, the coach decided to raise the alarm.”

Out of respect for the families of the missing climbers, we will not reveal the names of the different climbers involved in the Minbo Ider team for the moment. 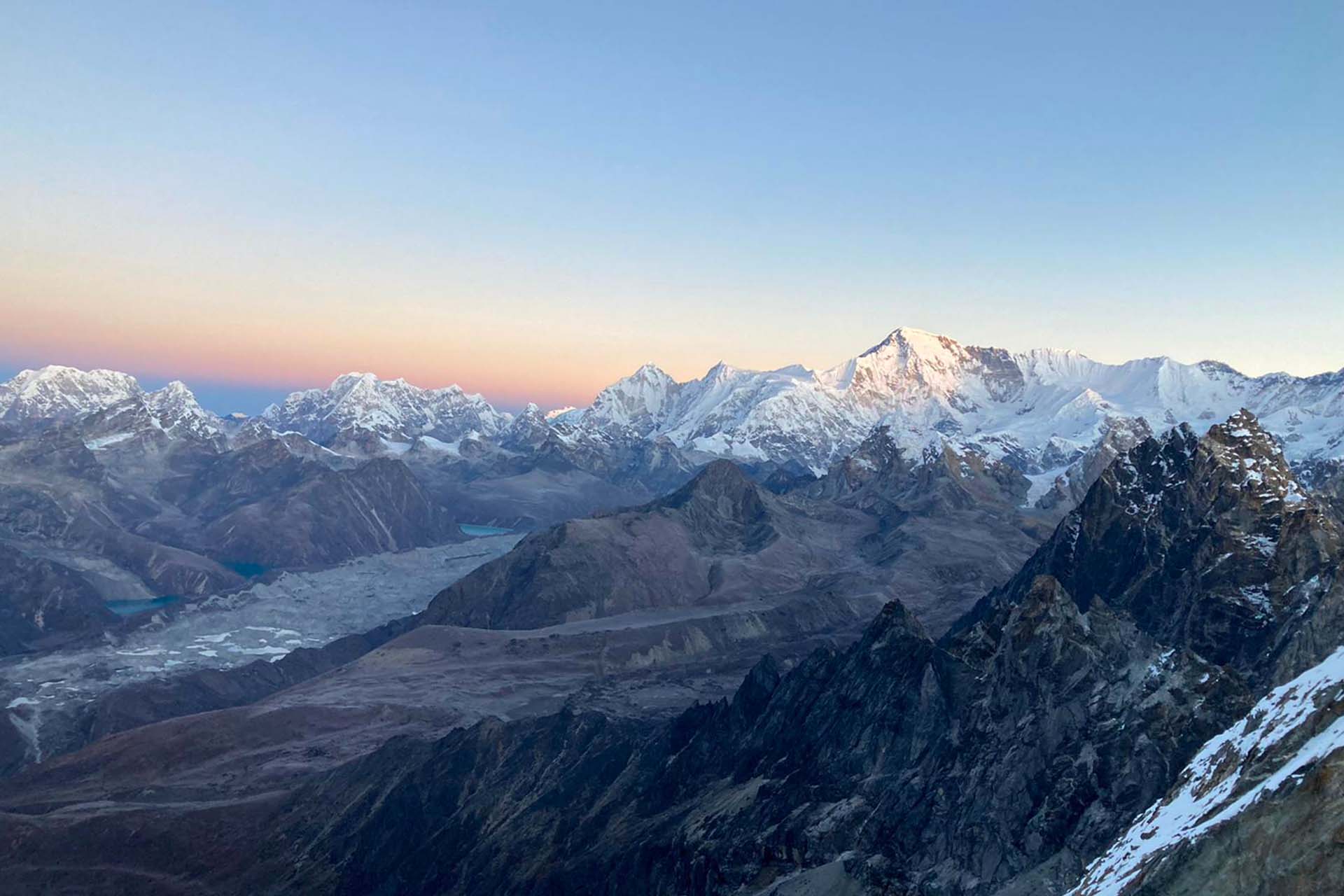 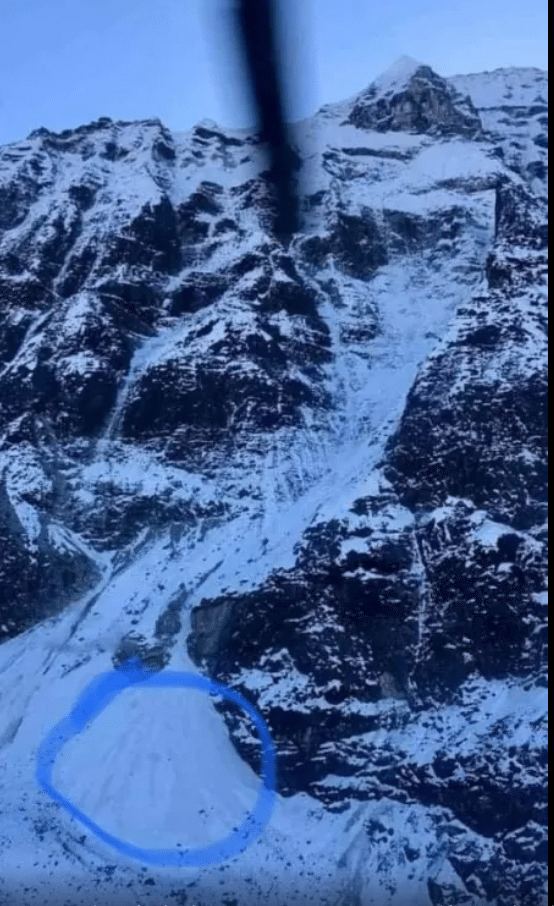 A helicopter from Kailash helicopter company and its “experienced pilot” as the FFCAM says, carried out a reconnaissance flight of the area on Saturday, the other team being too far from the Minbo to get there. The FFCAM specifies that the helicopter “spotted traces of ascents, as well as the debris of a large avalanche on the face.” It also states that it “spotted the advanced base camp tent and landed next to it. Finding no one, he took off again to follow the face and the ascent tracks. The track stops on the summit ridge at the level of an avalanche break about 40 cm thick.
The tracks turn around and go back down the face to a bivouac site where the three climbers probably slept. The tracks go back down towards the foot of the face for a few hundred metres. Then it stops in a gully where an avalanche has started. The pilot went to the foot of the face and saw an avalanche deposit and two rucksacks, a mattress and ice axes.”

the helicopter spotted the tracks of an ascent
and the debris of a large avalanche in the face.

Following this, a helicopter rescue team was dispatched from Kathmandu to get to the site. Even if the helicopter access can be made quickly, “we should not expect any news before tomorrow, Monday 1st November“, explains Nicolas Raynaud, president of the FFCAM, contacted by telephone this Sunday.

Indeed, it won’t be long before night falls in Nepal and the rescue services will probably wait until daybreak before setting off. We will probably receive further information tomorrow. 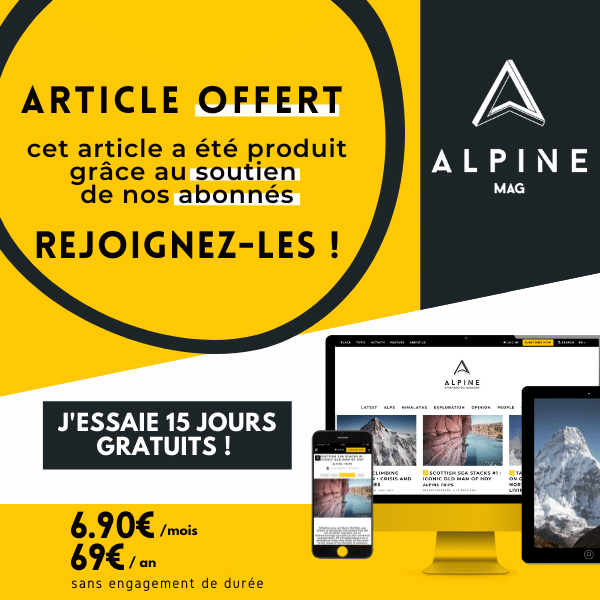 The other french GEAN team on site has returned from the north face of Tawoche. They are currently in Pangboche.

Even if the mountaineering community is still hopeful to the end, “missing” is always a difficult moment and “a word that carries a lot of meaning on a face as steep as Minbo Ider. This must unite all the climbers, beyond the management or the FFCAM” adds Nicolas Reynaud.

Stéphane Benoist is managing the crisis situation, with the support of Damien Tomasi (GEAN coach) and Luc Thibal (FFCAM technical advisor) in France.

Created in 1991, GEAN has trained great french mountaineers during a two-year training course. Among them, Stéphane Benoist or Damien Tomasi, current GEAN coaches.