Vivian Bruchez: sage of the steeps 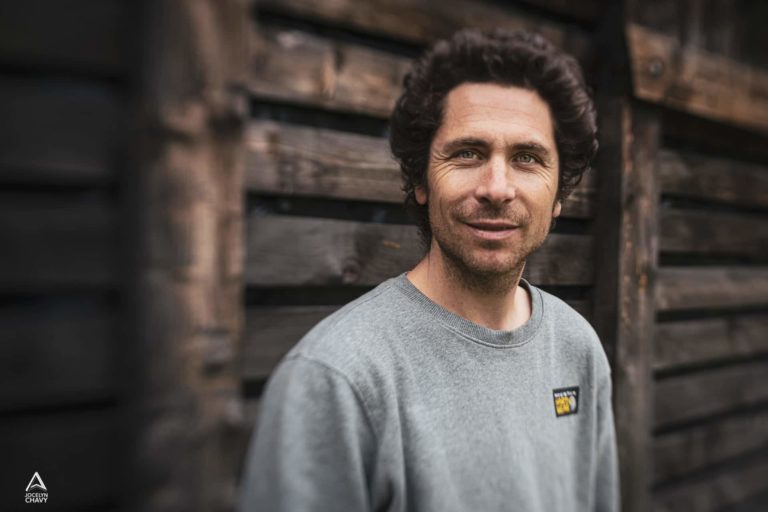 Vivian Bruchez does not consider himself an extreme skier, just someone who skis steep slopes. A distinction that most of us will struggle to grasp, given the impossible-looking nature of some of the faces he has skied. The Chamonix-based skier’s great strength is his eye for a line.

After coming to the public’s attention in 2013 via Sébastien Montaz Rosset’s now classic film Downside Up (T’es pas bien là?), Bruchez is a worthy successor to Anselme Baud and Pierre Tardivel. He continues to ski new lines, often resorting to “dry skiing” to link snow slopes separated by rock: to “do a Vivian Bruchez” has become common parlance for scraping your edges over rock.

Bruchez, who earns his living as a guide and instructor at France’s National Ski and Mountaineering School (ENSA), is no antisocial grouch and he is happy to share the bill with other skiers. For example, in March 2021 he skied a major new route on the north face of the Aiguille du Goûter with Tom Lafaille, who he has taken under his wing. Bruchez also features in Seb Montaz’s new film, Le Diamant des Alpes, and accompanied Paul Bonhomme on five of his 10X Project descents.