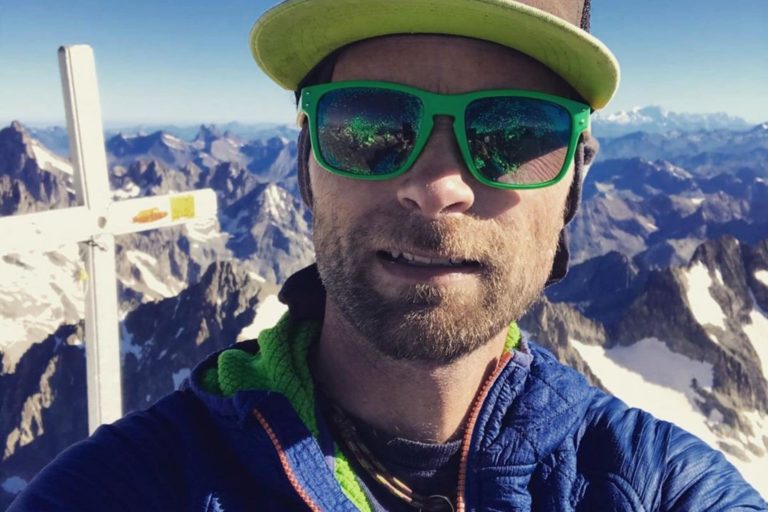 Paul Bonhomme’s 10X Project to ski ten new lines in the French, Swiss and Italian Alps in just five months was the soap opera of 2021. Spoiler alert: the guide from Haute-Savoie achieved his goal with a mastery that demands respect.

In fact, his project was not just a sporting challenge, it also required the imagination to uncover these often-overlooked mountains, all of them in Europe, whose flanks provide a vast stock of steep lines to ski. Fortunately, curiosity is Bonhomme’s middle name, as well as the title (Curiosité in French) of a short film about him. His ski videos will bring you out in cold sweats, as you hear his edges scrapping across a hidden rock on a slope where falling is not an option. They ought to carry a health warning for those of a nervous disposition.

As the 10X Project’s finale, Bonhomme chose the Täschhorn and a line he rated 5.4/E4, which he skied with Vivian Bruchez, his partner on five of the ten descents.