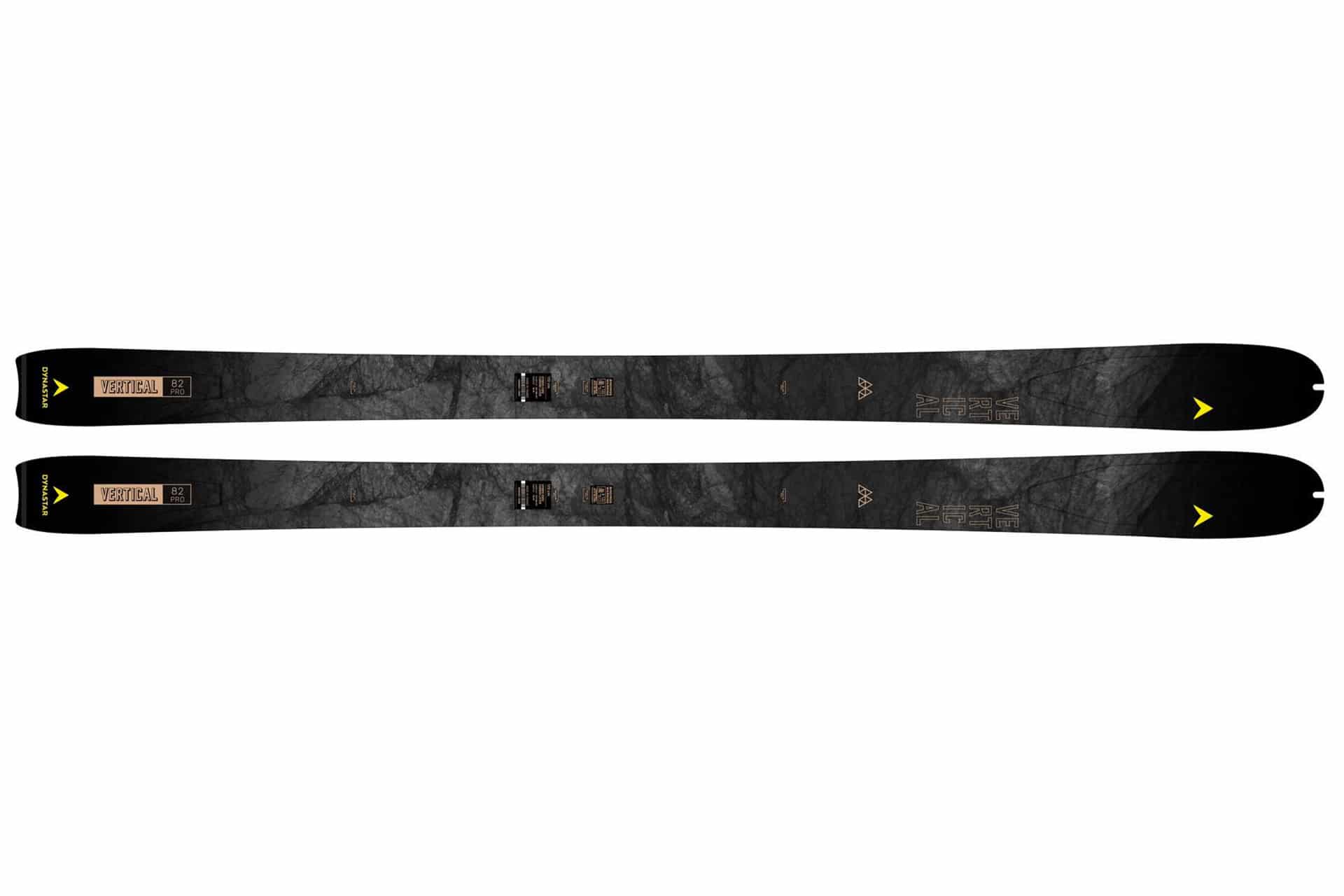 The Dynastar M-Vertical Pro is the typical backcountry product, not especially heavy or light, a ski you can do everything and go everywhere with, very easy to pivot. It has a very good tip-lift assisted by a rocker: the ski “slaps” a bit on hard snow, you lose a bit of edge length and grip at the front but it doesn’t really matter.

However, it isn’t exactly a classic ski because, due to its rocker, it pivots very fast. The flex is well studied. This is a carefree ski. In difficult snow you don’t notice you’re carrying a backpack. You can pass through difficult terrain easily. The Dynastar M-Vertical Pro does not necessarily give you a crazy wide smile, but it always responds like a Swiss army knife. It is present underfoot.

It enters easily into the curve, it skids very well flat, without any surprises. Also, you can put it on the edge, even if it doesn’t ride super clean and even, but with a little skill you’ll manage. It is better to enter midfoot and play with the tail than to attack directly with the tip. The latter is quite “weak”: as soon as you load it, the ski quite frankly just oversteers. Heavy-built skiers can distort it but you still have to force it.

Carving short turns are very difficult to do, which is lucky, because it’s not meant to! But all skidding turns that roll over onto the edge for grip are pretty good. It’s glide could be improved (copared to the Blizzard skis previously tested).

Its weight is correct (1200 g / 178 cm), we can clearly see the Dynastar M-Vertical Pro at the feet of a skier who is going for a nice slope, who wants grip and why not go for a steep one. A ski on. The heel is not tricky at all, in powder it leveled off fairly quickly, it did quite well in the crust, a rather lively ski underfoot. In complicated snow, you still have to keep an eye out for it because it is not very wide. It’s a real ski touring for going up and down the distance. Very interesting.