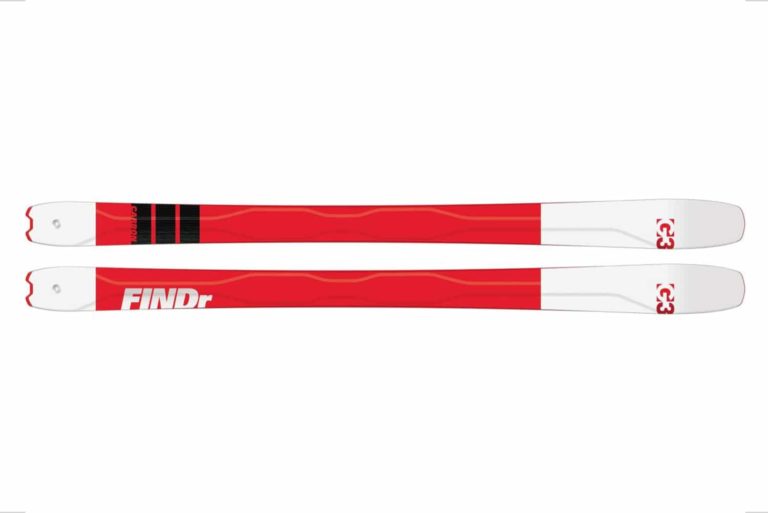 We tested G3 skis a long time ago, at a time when the brand had not yet fully mastered the integration of carbon in its structures. The skis were very fickle, they transmitted a lot in the legs, you really had to hold them to get smooth and not choppy curves.

We were very pleasantly surprised because since then G3 has progressed by leaps and bounds. So surprised that we put it on the top step of the podium in the category without any hesitation (it is also available in 102, 86 mm…).In all areas of the game, this freerando ski scores a maximum of points. Very homogeneous, very balanced, this G3 FINDr 94 is a sure value that never disappoints.

Its great quality? Undeniably its skiability. It knows how to do everything and very well, in the first place, the unwinding of the curve. There is no doubt that this is a real ski, not a lightweight product that you have to fight with all the time. The G3 can be learned in skidding or sliding, its pivot is immediately found and without instructions. In small paths, between trees, in a steep corridor, it skids easily and enters the curve without any reluctance.

For those who want to use it on the edge, on the piste (it can be equipped with alpine bindings) or on returned spring snow, in large slopes, it can be entered in slide/cut or directly in cut. Of course, you need good balance and a sense of angulation but the manoeuvre is not at all complicated. On the edge, it rolls over a large radius (more than 20 metres), the radius can be lengthened and shortened, but this is not necessarily what it prefers on the edge (it is better to have soft snow).

The G3 doesn’t lock up on the support, you stay in control of your trajectory all the time, you just have to get up, engage a pivot and it will execute. The flex is very consistent throughout the length. The heel is mechanised but not dominant, even for 70 kilo skiers. It never traps and does not cause untimely oversteer (except logically on very hard snow and in rear imbalance).

The pleasant moment? It’s when you feel the energy under your foot and a little bit behind, the grip, the power completely controllable. You know that nothing can happen. It’s fluid but powerful, catchy but not tricky. The super bonus? The ski sends very little back into the legs in the snow and hard snow. The front remains flat but still absorbs irregularities.

The other big strength of the G3 FINDr 94 is its pivot. You are never caught off guard. In pack, deep, compact and even crusty snow, the G3 is quick to launch and its width combined with the consistent flex, its tip lift, makes it easy to turn in. Frankly, we were blown away by its behaviour in the horrible snow: the crust.

Its grip is excellent, thanks to its construction and its not too deep sidecut. On steep slopes, the grip is very present all along the edges, inspiring confidence. In the very narrow corridors, you have to watch the flat heel which, in the back steps, can lack a bit of lift for this exercise (atypical?)

The G3 FINDr 94 has juice, it allows you to ski fast in big curves, to mark your support even when you have a backpack (extra weight). It is easy to carry on the backpack when the difference in altitude is not significant. Its controlled weight is 1400 grams. Equipped with a Lowtech insert binding, it is perfectly usable for climbing.

With 94 millimeters under the foot, the slopes on hard snow require a little attention. The leverage is present. When you’re tracking in deep snow, the G3 FINDr 94’s tip is very efficient and its lift comfortable. Its topsheet is solid and does not hold too much fresh snow. Only the edges of the ski are (slightly) sensitive to edge hits. We liked the heels with an elastomer against shocks. The skin binding system (ski tested with G3 skin set) is efficient. It may sound like a gimmick but it’s not, the skis are equipped with a magnetic system that allows you to do without a strap for carrying. This is very practical, especially when using a leash instead of ski stops. This system certainly adds grams, but how much exactly?

We skied the G3 FINDr 94 intensively for three months in all conditions. We can say that it is a solid ski, which maintains its skiability over time. The G3 FINDr 94 is an excellent ski that offers great skiability, solid support, a fluid curve, a consistent flex, and a solid grip. Its low weight allows it to cope with steep slopes. Its behaviour in all types of snow and terrain was really appreciated : number one. 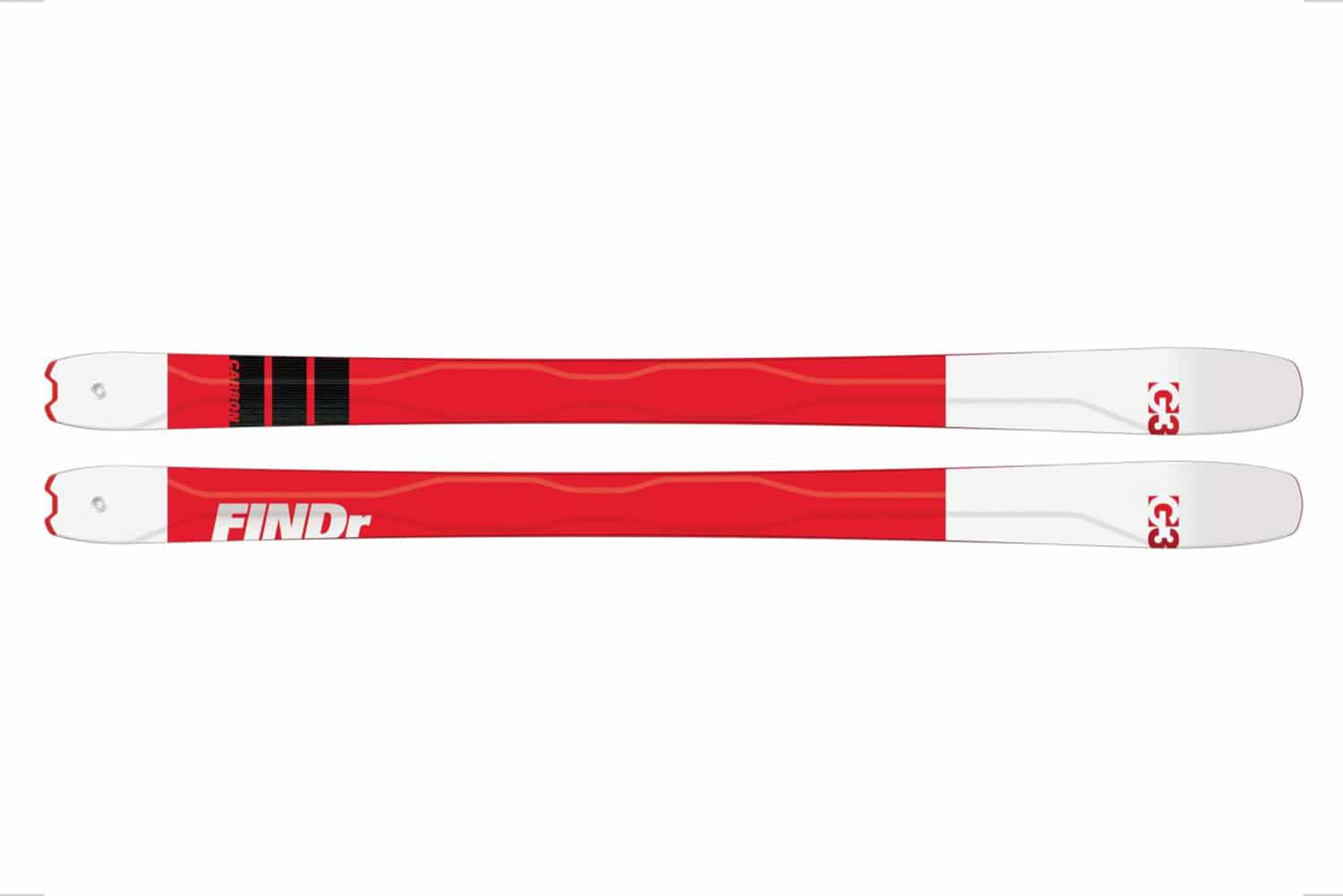