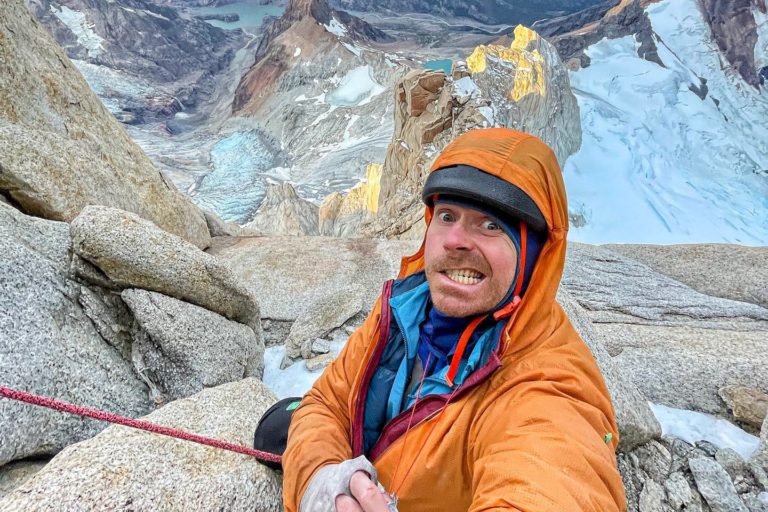 Opened in 1979 by the great Renato Casarotto, the Goretta pillar is one of the major routes of Fitz Roy – or Cerro Chalten. The American climber Colin Haley has just completed the first solo in alpine style, in two days of climbing, from January 17 to 19 shortly after midnight. What Haley considers as one of the most beautiful alpine climbs in the world, he who signed two solo ascents of Fitz Roy in four months exactly!

He is one of the great specialists of Patagonia, and without a doubt, one of those who has achieved some of the most beautiful solo ascents in recent years: Colin Haley signed, among other things, the first solo ascent of the Torre Egger, and the first winter solo ascent of the Fitz Roy Supercouloir on September 19, 2022, although he had announced that he would stop making big solo ascents. A Supercouloir of which he had made the second solo ascent in the austral summer, in 2009. It is as much to say that if Colin Haley knows well the Fitz Roy – or Cerro Chalten according to its local name – it will have taken him about fifteen years of experience before attempting the Goretta pillar, a major route, the work of Renato Casarotto, “one of the most impressive climbers of all time, and a major source of inspiration for me” said Colin Haley.

In this case, the Italian Casarotto is considered one of the greatest climbers of the 20th century, having signed a series of amazing ascents, always alone, at the cost of weeks of effort: the North Face of Huascaran (in 17 days) in 1977, the Goretta Pillar, named after his wife (Goretta was her first name), on Fitz Roy, in 1979, the trilogy of the Frêney in winter in 1982, or the Ridge of No Return on Denali, his masterpiece, in 1984, before his death on K2 in 1986.

In Patagonia, on Fitz Roy, the 1500 meters of the North Pillar had required Casarotto to put fixed ropes, and to go back and forth on the pillar because of the weather. Colin Haley’s idea was to do this route in alpine style, that is to say in one line, but not in full solo: Colin self-belayed on a large part of the route. This does not diminish the commitment, alone on this pillar higher than the Drus. 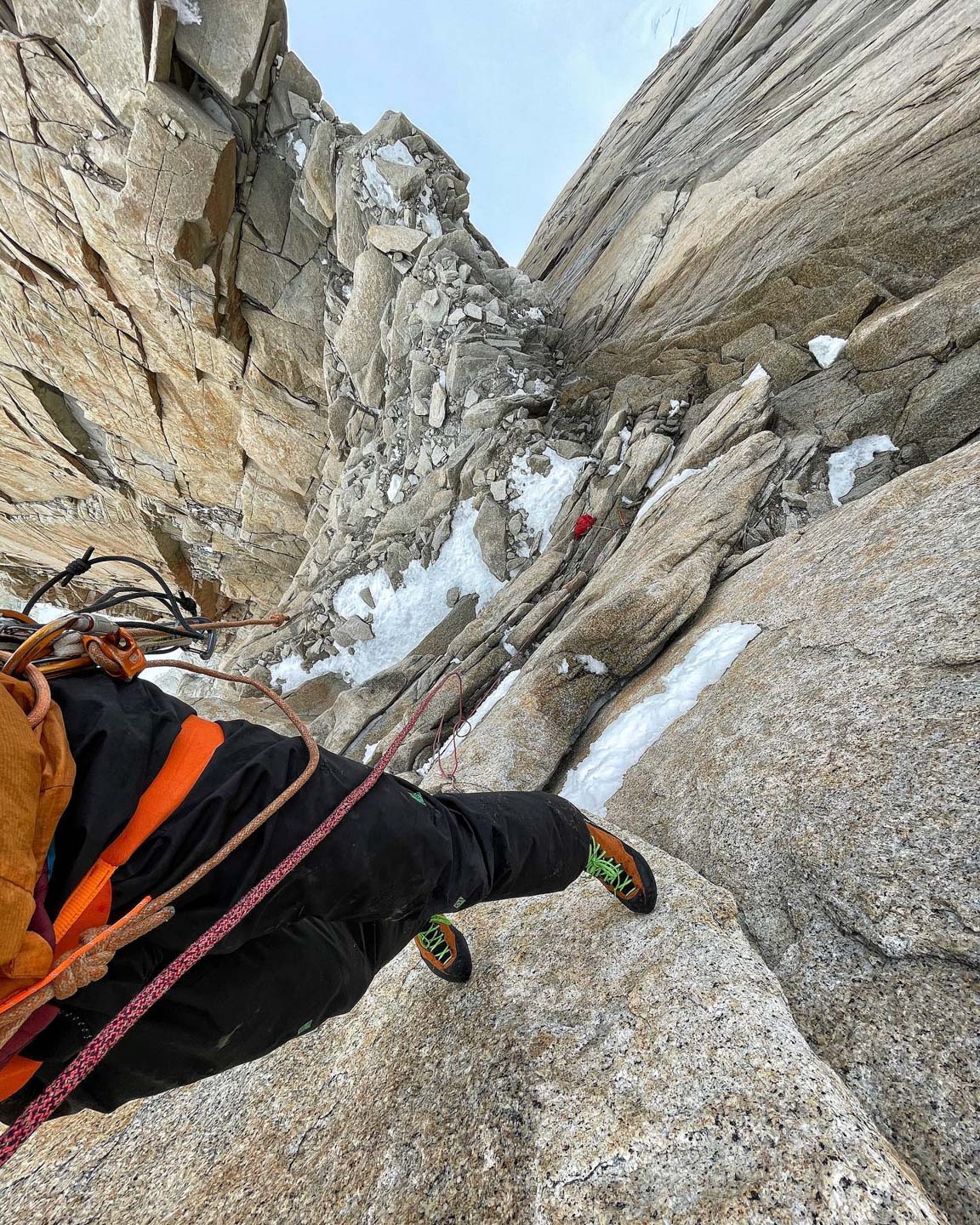 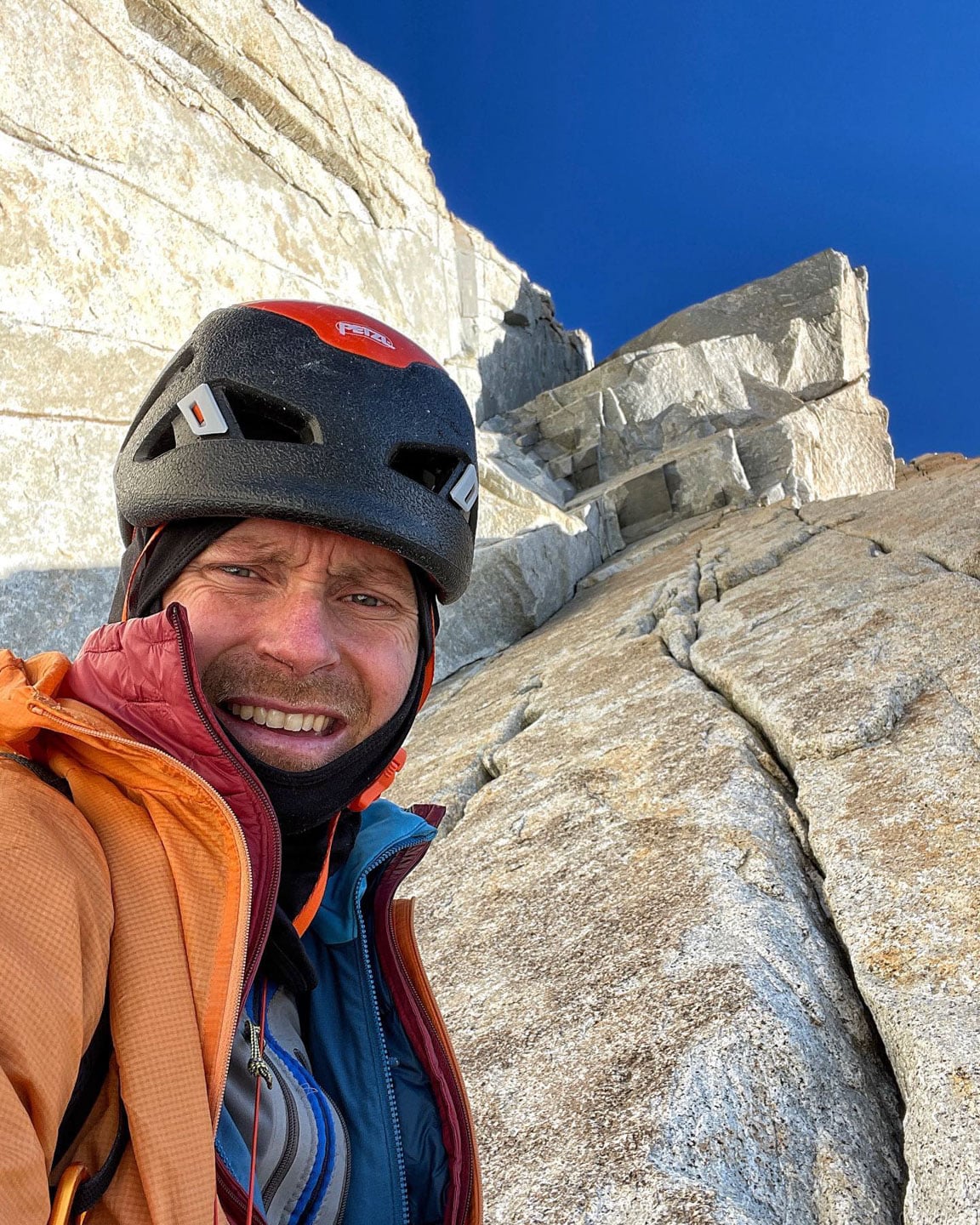 Fitz Roy, west side. The north pillar or Goretta pillar is the one on the right of the summit and is accessed from the opposite side (east).. ©CC by Todor Bozhinov

“For over a decade, I have daydreamed of also making a solo ascent of Cerro Chaltén via the Goretta Pillar. Last summer in Chamonix, I spent some time practicing solo roping techniques, and when I arrived in El Chaltén this season, a solo attempt on the Goretta Pillar was on my mind. During a long window of good weather last week, I finally had a great opportunity to try it, and made what I believe to be the first alpine-style solo of Cerro Chaltén by the Goretta Pillar,” writes Colin Haley.

While he was heading to the summit of Fitz Roy, a drama was unfolding on the other side of the mountain, on the opposite slope. A landslide on a snow and ice mountain precipitated two Basque climbers into a crevasse while they were descending the Afanassief route. Amaia Agirre and Iker Bilbao were declared missing, while the third climber in the group, Josu Linaza, was able to escape, but could not rescue them. 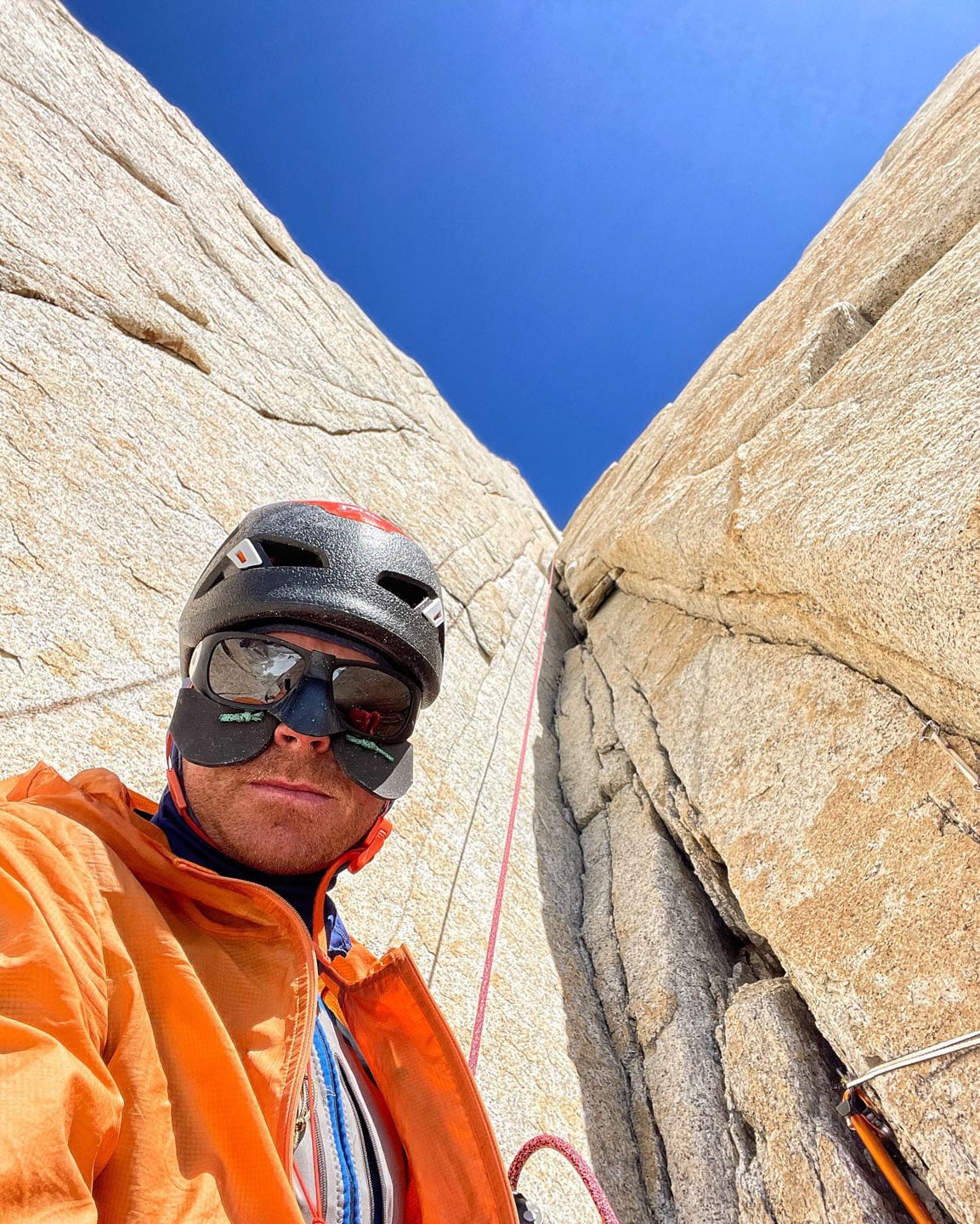 Two days earlier, Colin Haley noticed that global warming (the North Pillar is equivalent to a South Face for the Northern Hemisphere) had also taken its toll on the base of the Goretta Pillar: he chose to attack the Mate, Porro, y Todo lo Demás route (North-West face, opened by Bean Bowers and Rolando Garibotti in 2008), a more difficult but safer route because it avoids the North-West Col, before reaching the Goretta Pillar itself, on the morning of January 17. He will reach the summit of Fitz Roy – Chalten on the 19th just after midnight, a total of two great days of climbing. Accustomed to soloing, and even for this third solo of Fitz Roy, Colin Haley inaugurated a new style for himself, by self-belaying on “97% of the route”, except for the last 200 meters of easier terrain leading to the summit.

This style of climbing in one go is not free solo, as the climber climbs the pitch once self-belayed, then descends the pitch to uninstall the system before climbing back to the top belay. This is the technique used by Charles Dubouloz during his solo ascent of Rolling Stones in the Grandes Jorasses, France. And that’s where we understand that Colin Haley’s time on the Goretta Pillar is extremely fast: just over two days to climb the 1500 meters, including 1300 meters of difficult terrain, which is double the de facto time on a self-assured solo. “Although I avoided the psychological intensity of full soloing, the physical effort of self-belaying was massive, compounded by the heavy weight of the equipment I carried up the mountain alone,” explains Colin Haley, who adds, “this climb was a powerful experience for me (…) For now, I’ll just say it was a huge challenge, a climb I’m very proud of.