Piolets d’Or 2022: award-winning climbs and testimonials about the future of high-altitude climbing 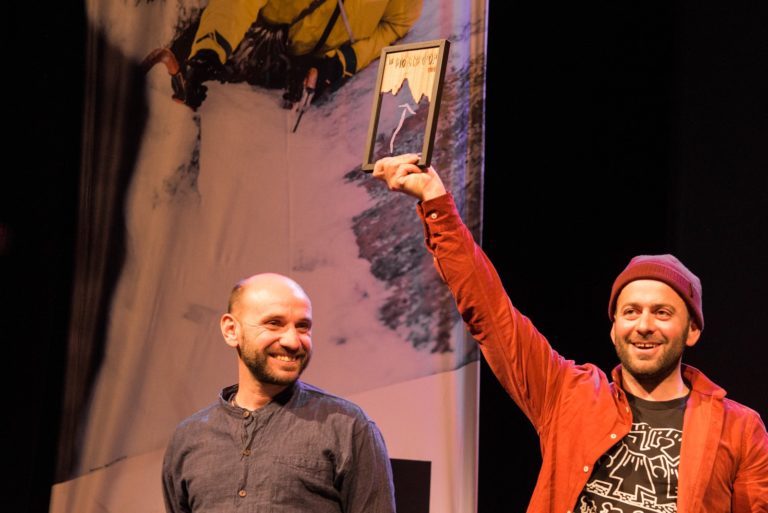 The Piolets d’Or 2022 offered a beautiful public ceremony on November 19th in Briançon, France, and celebrated the most beautiful ascents of the previous year. A very demanding, even “severe” edition, which brings alpine style to the pinnacle. Alpine style versus Nimsdai style: the Piolets d’Or have chosen the former and are asserting it loud and clear. Welcome to the backstage of this prestigious international prize, which is struggling with the evolution of mountaineering in the world and the war on Europe’s doorstep.

On 19 November last, on the stage of the Briançon Theatre, France, the Georgians Archil Badriashvili and Baqar Gelashvili were the first mountaineers of the ceremony to hold up, smiling but modestly, a Piolet d’Or. A Piolet d’Or awarded for a first they achieved in nine days in September 2021: the ascent (and descent) of the north-west face of the north-west Saraghrar (7,300 m, Pakistan), a summit of the Hindu Kush that had remained unclimbed until then.

Badriashvili and Gelashvili (who teamed up with Giorgi Tepnadze, not present in Briançon, editor’s note) were applauded for a long time by the 500 people who packed the hall. Among them were a crowd of mountaineering enthusiasts, the local elected representatives hosting the event and also the Georgian Minister of Culture and Sport, Tea Tsouloukiani. This Georgian success is unprecedented, and “the archetype of a modern Piolet d’Or”, says himalayist Patrick Wagnon, the only member of the jury present and himself selected in 2005 for