Seconds Out : Vic Saunders and Mick Fowler in the boxing ring Structured chaos 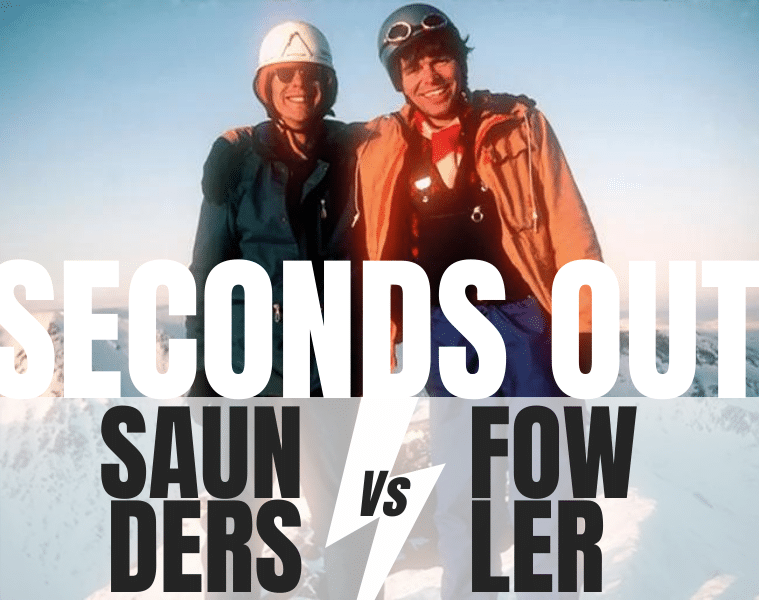 Famous since he and Mick Fowler opened the Golden Pillar at Spantik in August 1987, British climber Victor Saunders has always remained humble. So much so that he recently decided to reveal, in a book to be read – Structured Chaos, the unusual life of a climber – the most beautiful failures that a committed mountaineer can experience in the course of a career. Experiences that one goes through that, for some, should perhaps have been avoided. Like a boxing match, for example. Excerpt.

The whole boxing thing began in a tent on the Hunza expedition. Tents are interesting : they insulate you from space and time. From the outside a tent is a small insignificant dot in the landscape. From the inside it is the whole universe. According to the (purported) ‘lost child’ Kaspar Hauser, tents, like the dungeon he was raised in, are larger than the outside, because when outside you can see the landscape and the tent. But from the inside you see only the tent, which wholly obscures the outside world, meaning it must be bigger.

So in this tent, somewhere in Pakistan, which was hidden from view, Fowler began to talk about London. For all we knew we could have been there : in London, in the tent, camped on the pavement, drinkers staggering past us on the way from the pub to the Indian restaurant. I felt the tent rustle ; maybe it was a glacial breeze, maybe a drunk passing too close to our section of pavement. Fowler rolled onto his side and said :

– I know a pub where you can box your friends.

– No, I mean a pub. Where you can box your friends. There’s a ring and a referee and they have gloves you can borrow.

There it was : the start of something new. Suddenly I had questions.

I didn’t say anything but I didn’t think I had been to the same kind of school as Fowler.

– But, what about wearing glasses ?

We must have been at the end of the expedition, or else we were already in London. In any case, next weekend came, and so did we, to the Kings in Seven Kings, not a pub but a nightclub in Ilford. I drove over from Islington with the young alpinist Andy Fanshawe, who had agreed to be my second.

The saloon bar was long and at its far end was a boxing ring. The atmosphere was boozy, filled with tobacco smoke and a sort of blood lust. A man in a check suit was telling jokes over the PA. He was in the middle of a story about a prostitute and a lorry driver.

Fowler and his second, Simon Fenwick, eventually found us. The place was heaving. Judging by the tattoos on display the Kings served as watering hole to the local branch of the National Front, a forerunner of the far-right British National Party, with strong views on race. I hadn’t become any less fair-skinned than I had been at school and after a few weeks climbing in glaciated mountains I had gone very dark indeed. Without a shirt on, it was obvious from my un-tanned body that I was European. But my face had taken on the shades of Asia. And here we were, fresh back from Pakistan. Perhaps I shouldn’t have mentioned that so often when asked. I was already getting some strange looks from the other customers.

The Kings was in Fenwick’s backyard so he explained it all to me when we arrived.

– They have a pub professional here.

– They had Nigel Benn here once.

– But this is skinhead territory ?

– Yeah, but it was Nigel Benn. They don’t mind blacks if they can box.

– Oh, I see. A bit like ten-pin bowling, I suppose. (I had a happy image of a huge black ball scattering white skittles).

Fenwick was shaking his head. He couldn’t grasp what I was saying against the noise. He shouted :

Glasses and the fight game do not go together. I had learned that in the tent. So the day before our bout I found an optician who sold me some contact lenses. I had forgotten to ask how to use them but now set off to the loo to try and figure that out.

The face in the mirror grimaced at me as I tried to poke contact lenses into his eyes. Yet the only contact the lenses seemed to make was with his fingers and cheeks. Like identical poles, the lenses seemed magnetically repulsed from the corneas. 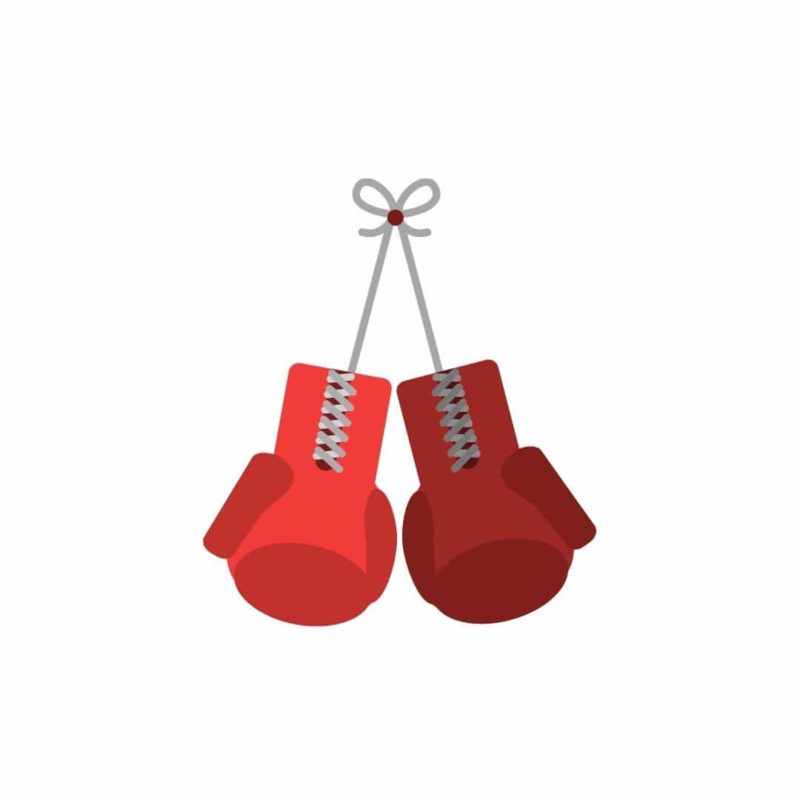 After half an hour I gave up and emerged from the loo with red eyes, my vision blurred, having failed quite comprehensively to insert the lenses. I was just going to have to try without. I dropped my spectacles in the sink for safekeeping and returned to the bar. Pushing through the crowd without them would be good training for the fight, I thought. Provided I didn’t spill anyone’s beer.

The man in the check suit was now telling a story about a Pakistani and a lorry driver. He seemed quite keen on lorry drivers. He had a hoarse, smoke-damaged voice and a loud tie that only emphasised his rolls of neck fat. He was enjoying himself and the audience chuckled beerily at his coarse jokes. 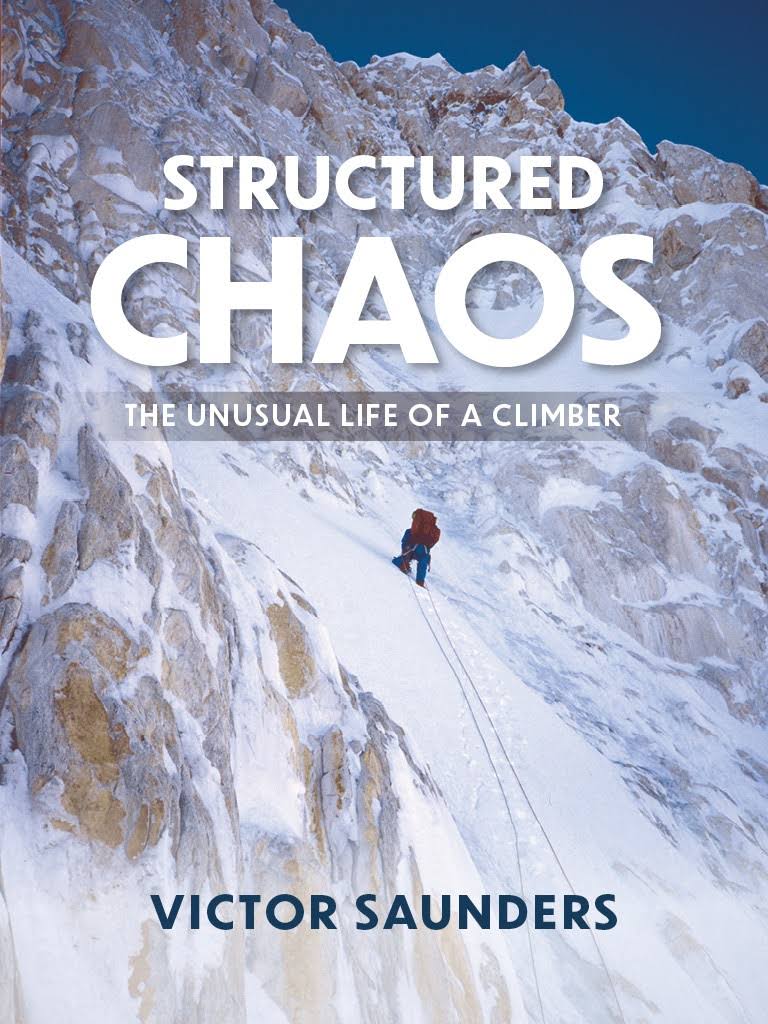 Without my glasses I couldn’t see him clearly. I couldn’t see anything clearly. It was all a blur, a bit like opening your eyes under water in a pool. At the edge of my vision I could make out the one black man in the room. He was huge, and no one was bothering him. I managed to make my way over without bumping into anyone.

He turned round slowly.

– I’m fighting my friend. The one over there? He’s bigger than me. I don’t know your name, but I wonder if you could possibly help me. Any tips on how to survive, for instance ?

Ignoring the shake of my head, he put his fists either side of his temples. Peeping through the gap he said :

– You have to move, use your legs.

The professional danced around a bit to illustrate the point.

– And when there’s a gap in his guard, you smack him – like this.

He jabbed his left, stopping an inch from my nose. It was actually rather a beautiful movement. Starting from his right toe you could see the force flowing through his body to culminate in the weapon that was his fist. Then he shook my hand for luck and pushed me in the general direction of the ring.

The bell rang and I immediately understood the disadvantage of not being able to see. From out of the blur emerged a charging Fowler.

Our seconds, Fenwick and Fanshawe, helped us lace up the big red boxing mitts. Then we climbed into the ring and touched fists. The ref introduced us to the crowd who began to howl and bay. He said various things, which I couldn’t hear. I noticed how much harder it is to hear without spectacles, but this didn’t seem like the right moment to reflect on that. I expect the referee was explaining the rules he wanted us to fight by. I was still trying to listen, head cocked to one side, boxing mitt to my ear like some kind of ear trumpet, when he stood aside.

The bell rang and I immediately understood the disadvantage of not being able to see. From out of the blur emerged a charging Fowler. There was a sort of aura, a halo around him, which on closer inspection resolved itself into a cloud of whirling arms and fists. I think this might be called the ‘windmill technique’, but I’m not sure. The crowd of faces round the ring cheered and roared.

I don’t remember the pain so much as the noise, noise and a very confused state of mind. I had the recommended guard up to each side of my head. I could more or less squint thorough the gap between my gloves. I was doing everything right and still the blows were raining down all round my head. While it was true that Fowler was not battering my face, now guarded, he was hammering the top of my head, my neck, my shoulders, and even the back of my head. How did he reach there ?

The pub professional had not given me any advice about countering windmills so I retreated gracefully. That is to say, I ran away into the ropes of the ring. I had forgotten about the rope and didn’t see them till they emerged from the blur of faces at chest height. The Fowler fists were now drumming on my back. The crowd was going wild. The bout had only just started and already they were howling. I thought I might be in danger from them too.

They were chanting, altogether :

Kill him ? It takes a while to understand you are the object of universal hatred. Plus, I was somewhat pre-occupied. Even so, the realisation did finally dawn on me that the crowd wanted me dead. They wanted my opponent to kill me. Me. Not all of us are swift at taking hostility to heart but it did seem rather personal, and such thoughts do not offer peace of mind to the ingenu boxer. I held my gloves up against the onslaught. I weaved. I ducked, usually straight into an oncoming fist. I still don’t fully understand how that’s supposed to work.

Throughout the bout, the referee remained a white blur with a dark patch marking out his natty bow tie. I am not particularly anti-authoritarian. I don’t make a habit of blaming umpires, but in this case I have to say the referee was not much help. Every time I got behind him. He moved out of the way. He just would not stay put. And every time he stepped aside there was Fowler and the crowd cheering him on.

I had been told the bout would last a minute but it was a very long sixty seconds. More like an hour, I would have said. I have often wondered if the ref kept it going to entertain the crowds. As time passed, the Fowler windmill slowed down a little ; at times he seemed to be resting his tired hands on me. I understood Fowler had finally exhausted himself when he collapsed onto my shoulders in a kind of tired bear hug. The referee stepped in to separate us.

At this point, I remembered the words of the pub professional and attempted a right jab in the general direction of Fowler’s face. But I think I may have caught the referee because immediately he sat down. When he got up again he kicked me in the shin, and to uproar from the disappointed crowds, stopped the fight.

Back in the loo, someone had removed my glasses from the basin. Punch drunk and half blind, I staggered back to the bar, pushing through the crowd, which had now forgotten me. Fenwick and Fowler had lined up several pints for me.

– Great entertainment ! Fenwick said, slapping me on the back and handing over my spectacles.

– I rescued these from the bog.

I had a headache for days. At work someone asked me who had won.