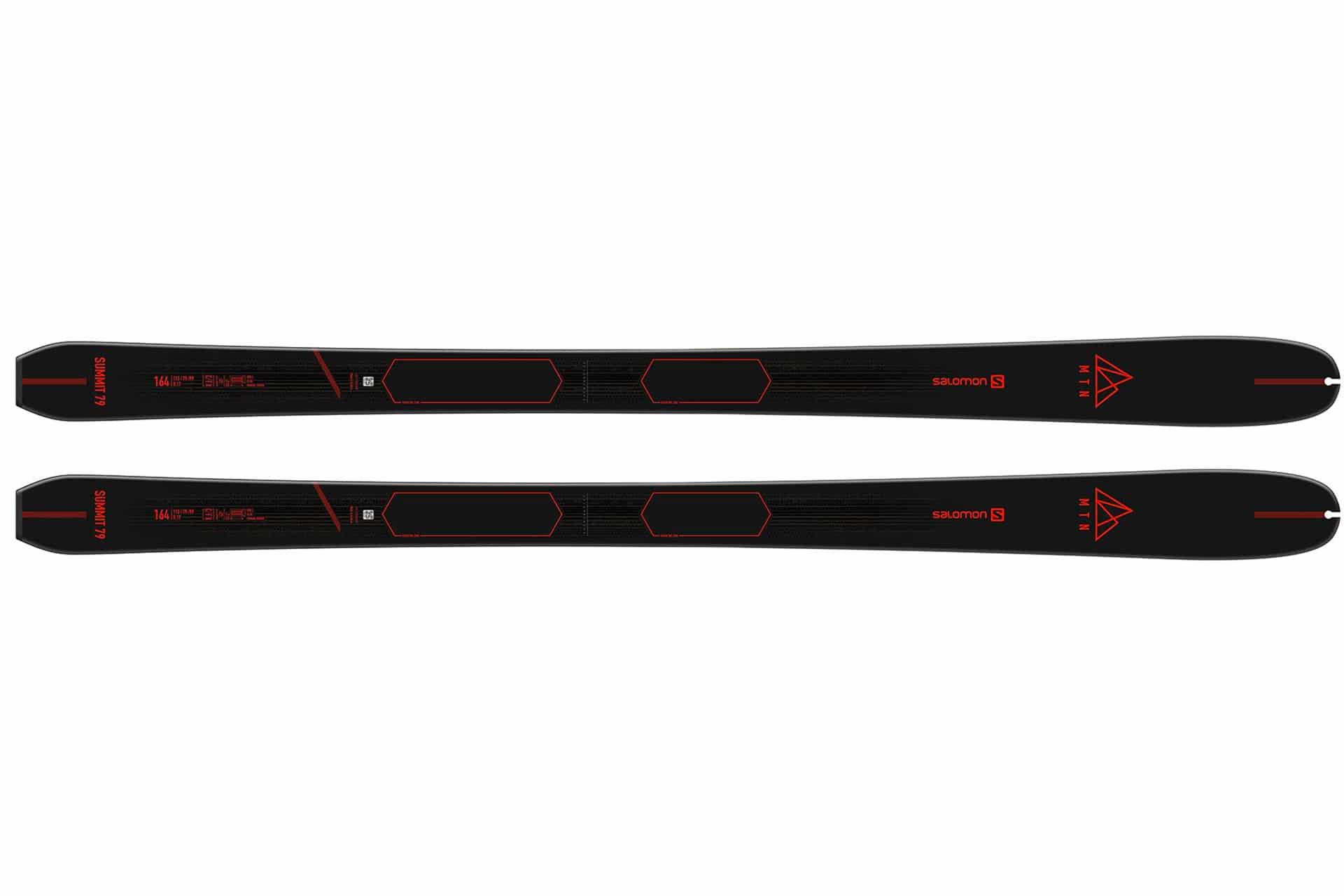 We really liked this Salomon ski; it is simple and straightforward. It is relatively fluid despite its (very) light weight and perfectly corresponds to a ski touring program. It’s a ski that will go anywhere thanks to its good tip lift. It doesn’t send vibrations up your legs, we skied through packs of icy balls, they didn’t cross over, the skis stay in line without putting too much strain on the skier. Everything works without being flamboyant, but all the ingredients for a good ski are here: in any situation the Salomon MTN 79 is present.

Even a slightly larger built skier gets on fine with it because it’s got a fair amount of energy in the tail. Despite its lightness (less than a kilo!), the Salomon MTN 79 is quite performant in its downforce. It has juice, it’s far from being inert, too soft, or subject to random torsional behavior. It is well designed, it doesn’t flap about, the tip doesn’t dive, or slip. It is precise.

Carving isn’t its thing, it is still possible, but you must control your angulation, you have to concentrate, but what’s the point when someone skiing with the Salomon MTN 79 will first seek skidding turns? You can still ski with angulation, in a lower stance, which is effective for this type of lightweight product.

The grip is not exceptional on very hard snow, we feel that you find the limits of its weight, so watch out on steep slopes. Let’s be realistic, when you flirt with a kilo on the scales, or even when you go under this figure, you inevitably have mechanical limits that hamper skiability. When you want a very light ski for the uphill you will have to compromise on the downhill.

Surprisingly, the Salomon MTN 79 doesn’t vibrate. Short or wide turns? It’s as you want, it happily adapts. The Salomon MTN 79 has an interesting pivot, our testers found it to be “immediate”. It’s uncomplicated, let’s you do anything straight away. A very good ski, very light, yet nevertheless has reassuring skiability in many situations. It fits in perfectly to a ski touring program. Balanced and consistent, we feel that a designer has adjusted the flex and fiber structure very coherently.