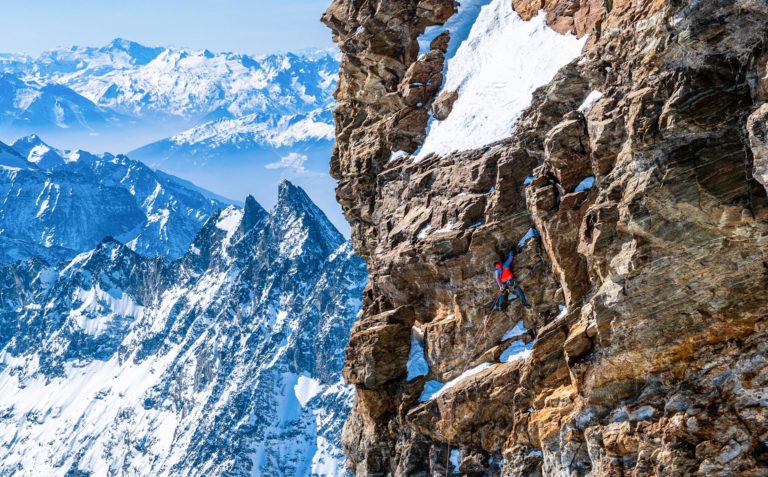 From the 27th of February to the 1st of March, the Italians François Cazzanelli, Emrik Favre and Francesco Ratti succeeded in climbing the Padre Pio, une échelle vers le ciel route (1300 m, 7b, 6c obl.) on the south face of the Matterhorn (4478 m), in three days. A great winter ascent.

On the first of March at 5pm, the Italian guides François Cazzanelli, Emrik Favre and Francesco Ratti were on the summit of the Matterhorn (4,478 m). They have just successfully completed the first repetition and the first ascent in winter of a “masterpiece by Patrick Gabarrou” (according to Ratti), a 1300 metre high free climbing route that rises almost directly from the base of the south face to the summit, via a succession of three pillars: pilier des Fleurs for the first half of the face (Padre Pio route, Pregga per Noi, 650 m, 6c+, 2002), then those known as Simona and Ciel in the upper part (Echelle vers le ciel route, 650 m, 7b, 2015).

Although the Padre Pio route has been climbed frequently, and also in winter, no one other than Gabarrou and his opening companions had ever climbed the entire route from the foot of the face to the summit. 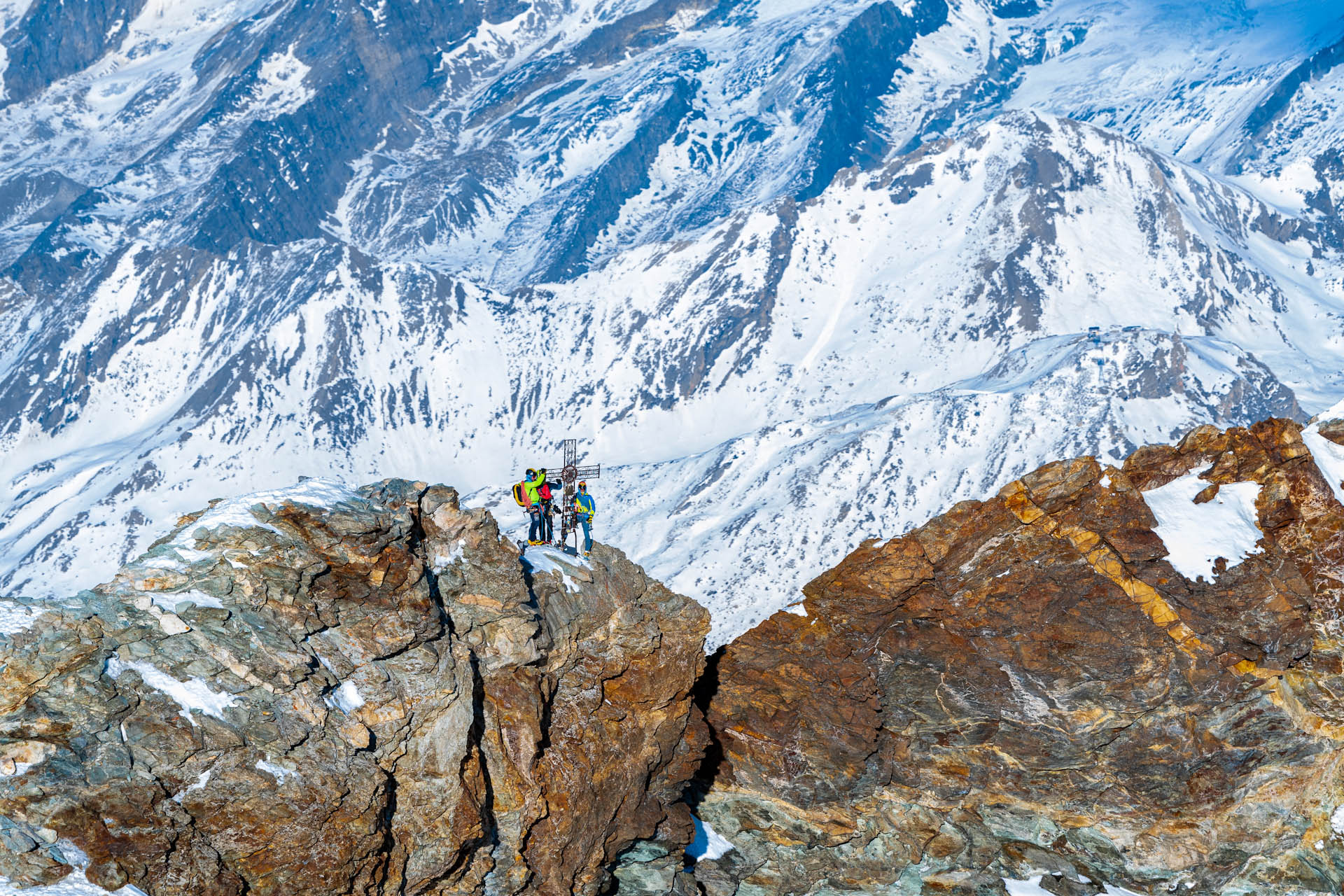 Cazzanelli, Favre et Ratti on the summit of the Matterhorn, later afternoon on the 1st of March. ©Lorenzo Belfrond/Grivel

The most beautiful rock of the Matterhorn

It is “probably the most beautiful rocky route on