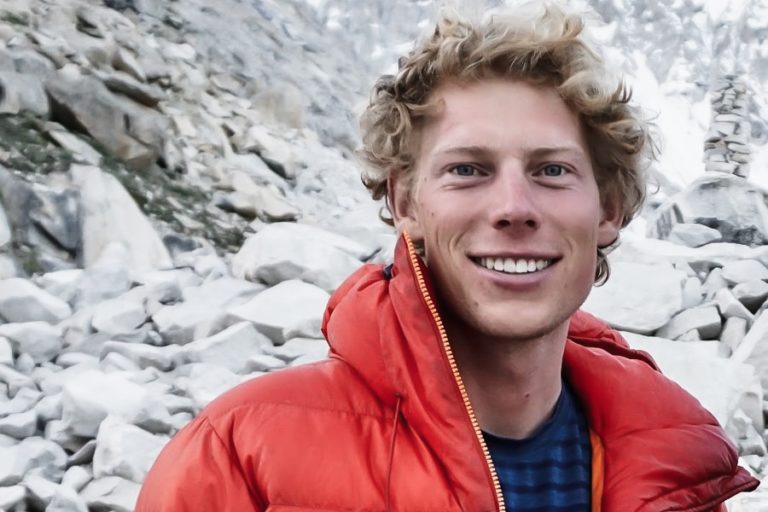 Livingstone first made headlines in 2019 with his ascent of Latok I with Aleš Česen and Luka Stražar, which earned the team a Piolet d’Or. In 2021, he was again singled out by the Piolet d’Or jury, this time for the new route he had climbed with fellow Brit Matt Glenn on the much-eyed northeast pillar of Tengkangpoche (6,487 m) in Nepal.

The route, which Livingstone and Glenn named Massive Attack, is a mixture of free, aid and mixed climbing that had thwarted all previous attempts. Their seven-day ascent of the line was one of the most impressive achievements in the Himalayas last year.