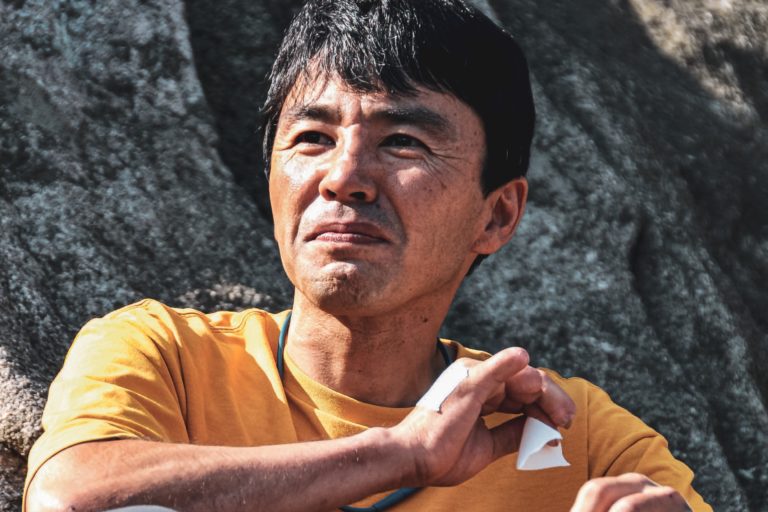 The 13th Piolet d’Or career award, which will be presented in Briançon at the end of November, has been awarded to the 56 year old Japanese climber Yasushi Yamanoi. Dedicated to committed mountaineering and alpine style for nearly three decades, with major successes solo on Cho Oyu and K2, but also roped up with his wife Taeko Nagao, Yasushi Yamanoi is the first mountaineer from the Asian continent to be awarded the Walter Bonatti Piolet d’Or career. He succeeds, among others, Catherine Destivelle, Voytek Kurtyka, Chris Bonington, Doug Scott and Reinhold Messner, climbers whose remarkable achievements in the mountains have marked and inspired generations.

Three quarters of Japan is occupied by mountains, and 26 peaks exceed the altitude of 3,000 metres. Yasushi Yamanoi knows almost every slope of the highest of them, Mount Fuji at 3,776 metres: the Japanese has been carrying bags of equipment and supplies for the weather station on its summit for more than ten years. Loads of 35 kilos, in all weathers: the mountaineer saw this as excellent training for his Himalayan epics and a resource to finance his expeditions. 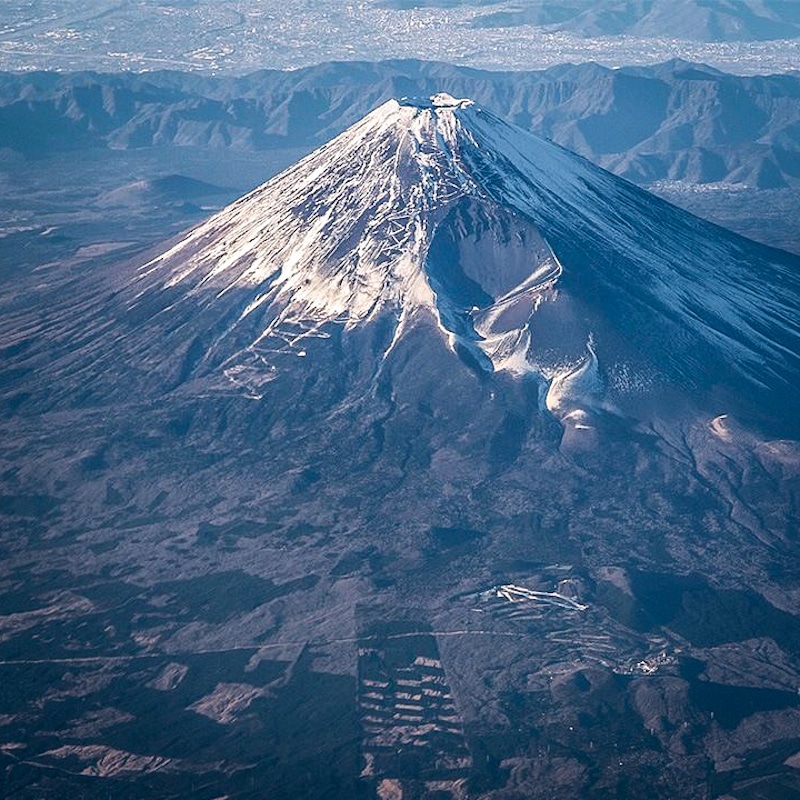 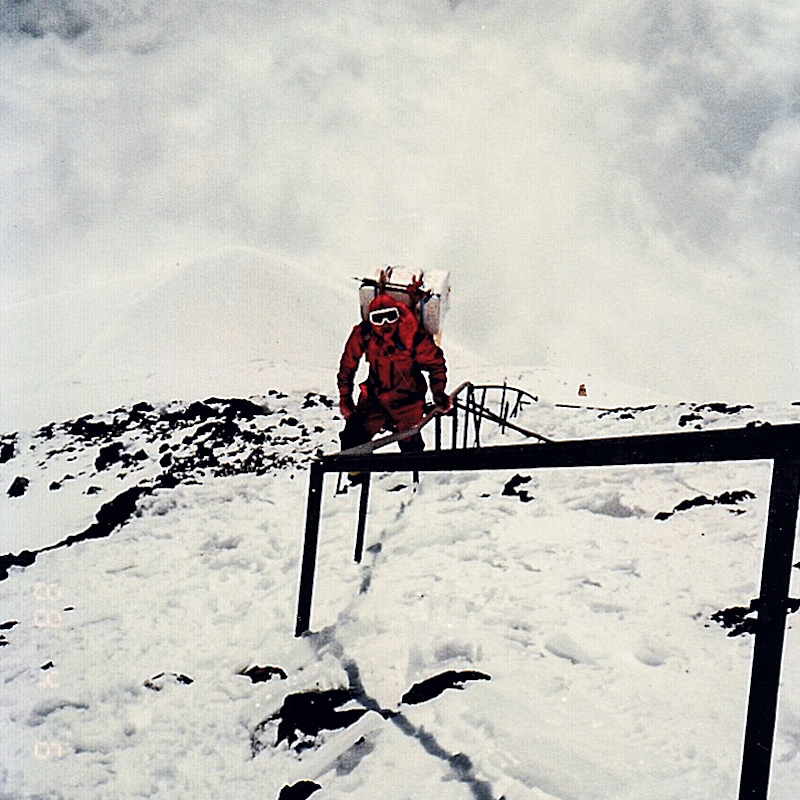 Yasushi Yamanoi was not destined for the mountains or mountaineering. Born in Tokyo in 1965 to non-mountaineering parents, he grew up on the shores of the Pacific Ocean, in the Chiba territory. The solitary adventures of the explorer Naomi Uemura at the North Pole, in the Amazon or in Denali inspired him, and the young boy discovered climbing while reading the Japanese magazine Iwa to Yuki, dedicated to climbing. He starts climbing alone, on the walls of an old building near his home: a fireman gives him a harness, a construction worker, a helmet.

This was the beginning of a whole life dedicated to mountaineering, and Yasushi Yamanoi broke away from the Japanese university clubs, federations and state organisations that have long supported expeditions in the country’s alpine history. A bit like a certain Voytek Kurtyka did in Poland in the 1980s.

In December 1987, when Noboru Yamada – often considered today as the most successful Japanese Himalayan climber – reached the summit of Annapurna via the Bonington route on the south face and thus achieved the first winter ascent, Yasushi Yamanoi was 22 years old and had succeeded in making a solo ascent of the west face of the Drus. The Himalayas are not yet his terrain, Yamanoi is above all a rock climber who, for the past three years, has been refining his skills in the cracks of Yosemite and Colorado in the United States. He missed a Salathe ascent in El Capitan at 19, in 1984, but climbed Ron Kauk’s famous Separate Reality (5.11d, or 7a) the same year. Then the Sphinx Crack in the South Platte area (5.13b, or 8a) two years later, at 21. 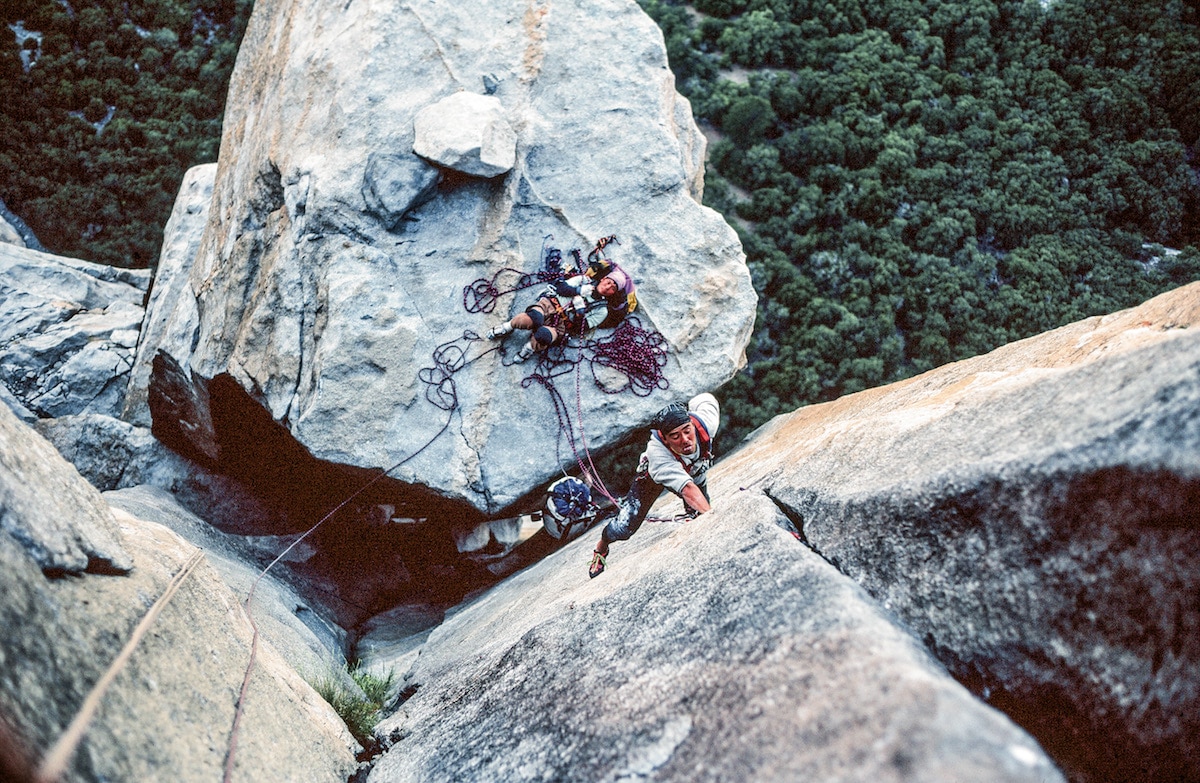 After the Drus, Yasushi revealed himself as a soloist on Baffin Island, Canada. There he soloed the 1400 metre big wall on the west face of Mount Thor during May and June 1988. “Solo climbing in a remote area leads to a better understanding of oneself and of nature. The sense of isolation felt while climbing the 1400-metre wall and the wild and natural view from the summit far surpass what one can experience on El Capitan,” he wrote. Nevertheless, Yamanoi could not resist the urge to discover the world’s highest peaks. So in July 1991 he joined a large team of compatriots in Pakistan at the foot of Broad Peak. 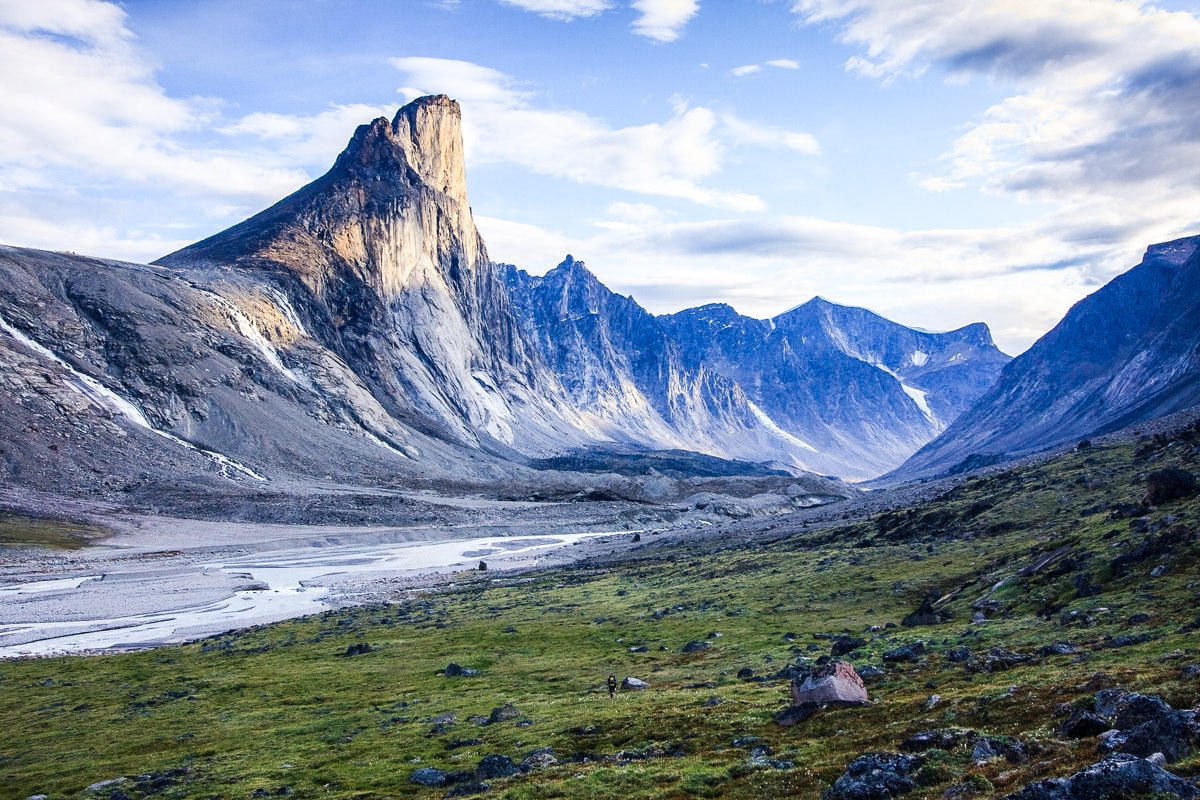 The Broad Peak is important for Yamanoi : he is at the summit on July 30th, but the organisation and the heavy style of the expedition do not suit him. There he met Taeko Nagao, his future wife (they got married in 1996). With him, Taeko shared bouldering sessions at the base camp, and above all the same desire to climb without too many tricks. She also reached the summit, but froze to death on Makalu the following autumn. She did not stop climbing, however, and the couple she formed with Yasushi grew. As for Yasushi, he discovered his potential at high altitude, and a decade of commitment to the highest peaks in the world began: solo or in duo with Taeko, sometimes with other climbers such as the Pole Voytek Kurtyka, Yamanoi chose the alpine style and the kind of isolation in nature that he has always loved.

Among his successes in the Himalayas, we should note a solo ascent of the west face of Ama Dablam, by a new route on 6 and 7 December 1992, then the opening, again solo, of a new route on the south-west face of Cho Oyu, in the autumn of 1994. This technical route, more than 2,000 metres high, is to the left of the Kurtyka-Troillet-Loretan route, and Yamanoi climbed it with only one bivouac, at 7,600 metres. With this ascent, which was made as quickly as the one made by the previous trio on the same face in 1990, Yasushi Yamanoi joined, at just 30 years of age, the “small, high elite of people who have made a solo ascent in alpine style of a new and independent route to an 8000-metre peak”, wrote the English alpinist and columnist Lindsay Griffin in the American Alpine Journal. Six years later, Yasushi Yamanoi confirmed his ease at high altitude and his taste for solitary engagement on the highest peaks, by completing a lightning ascent of the south-southeast spur of K2, known as Cesen, without oxygen, in 48 hours non-stop from base camp to the summit, at the end of July. A record for this route, which still stands. 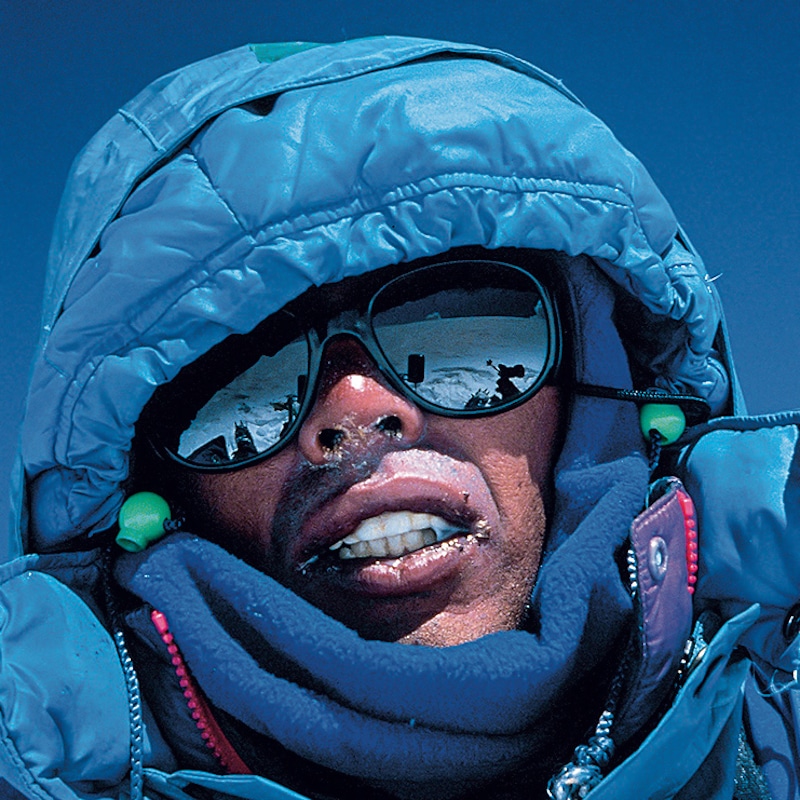 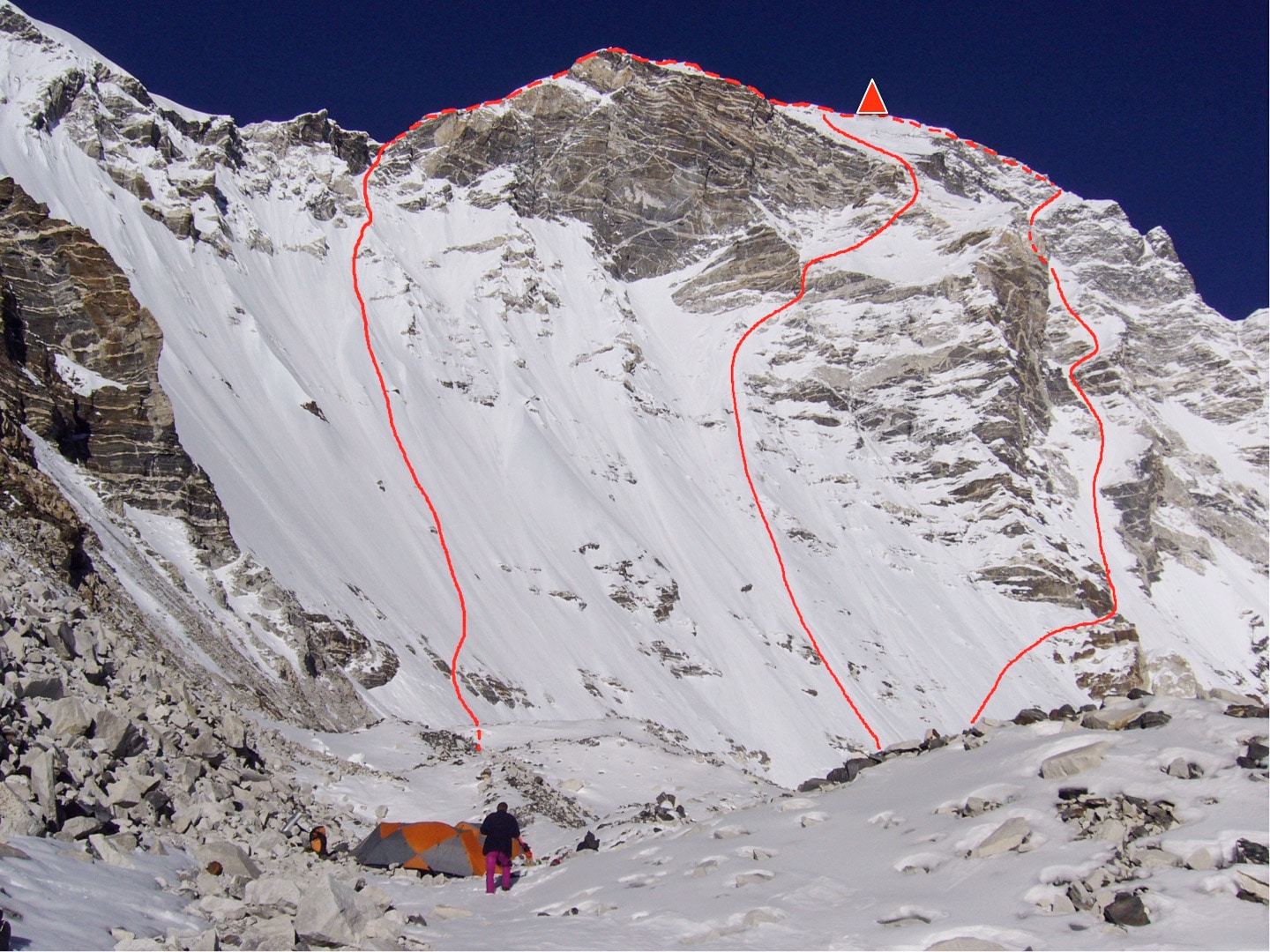 Cho Oyu, SW face. Yamanoi’s route in the middle, on the right Kurtyka-Troillet, on the left Kozjek’s one. ©Pavel Kozjek 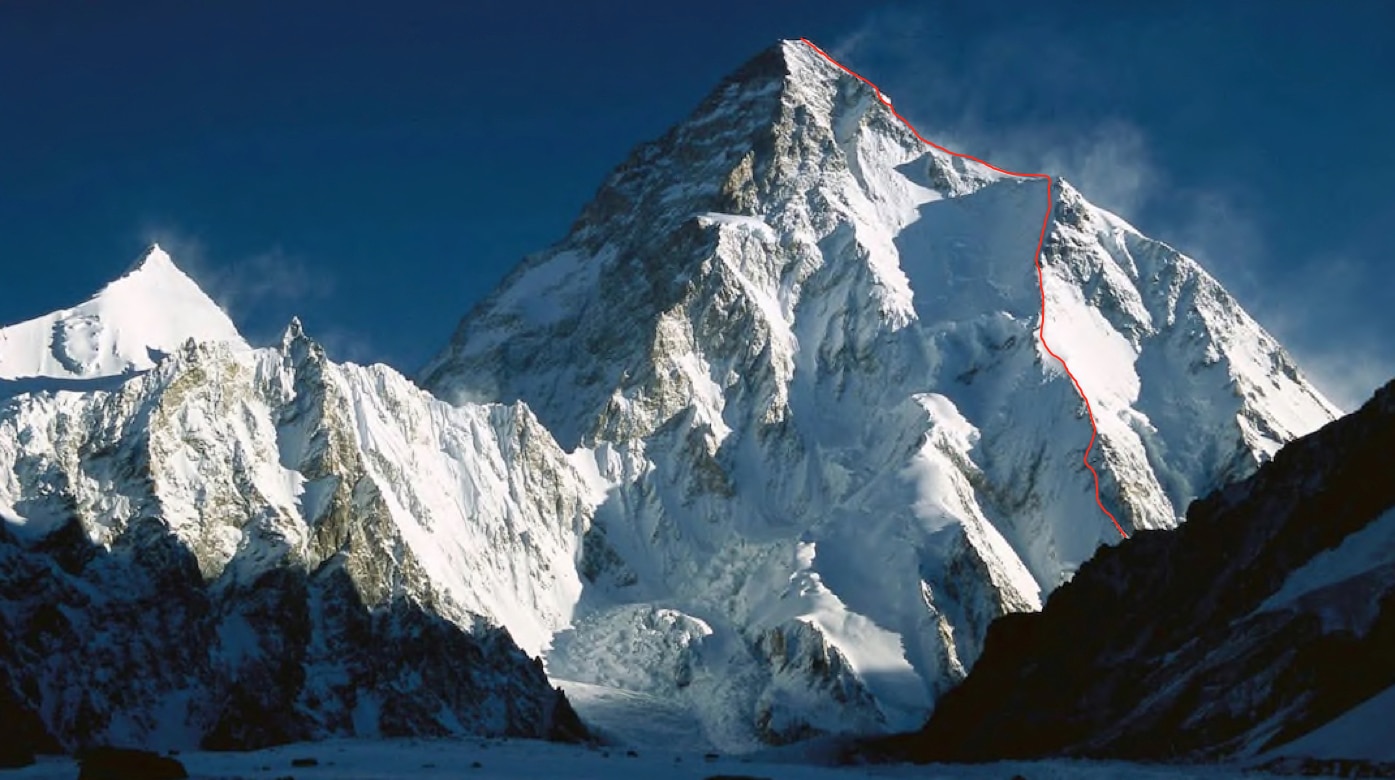 He lost the toes of his right foot, and two of the three phalanges of his little and ring fingers.

Nevertheless, in 2002, the two of them succeeded in a little-known but devilishly challenging ascent: the only repetition to date of the Slovenian route on the north face of Gyachung Kang (7,952 m, Nepal/China), a frontier summit located between Cho Oyu and Everest. Opened in October 1999 by Andrej Stremfelj and a team of solid Slovenian climbers – including Marko Prezelj and Tomaz Jakofcic – this technical 2,000-metre route was to seal the deal for the Yamanoi couple. At 7,600 metres, after three bivouacs, Taeko gave up but Yasushi continued solo to the summit before descending and joining his wife. Victims of snow blindness, Yasushi and Taeko take three days to reach the base camp. They are repatriated and treated in Tokyo: Yasushi suffers from frostbite and amputations are necessary. The toes of his right foot and two of the three phalanges of his little and ring fingers are gone. 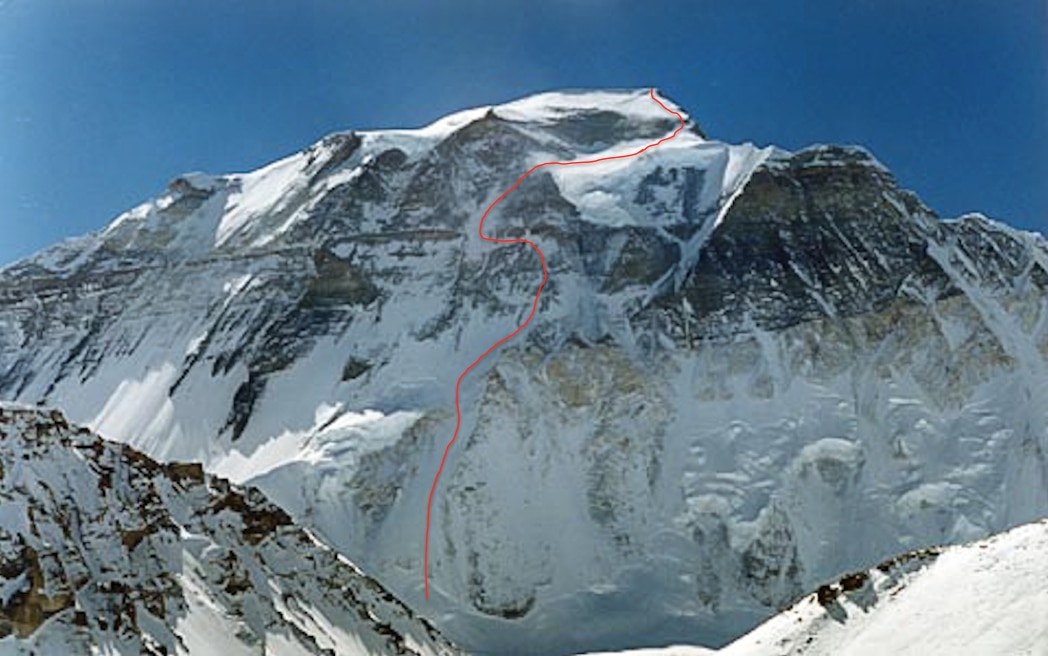 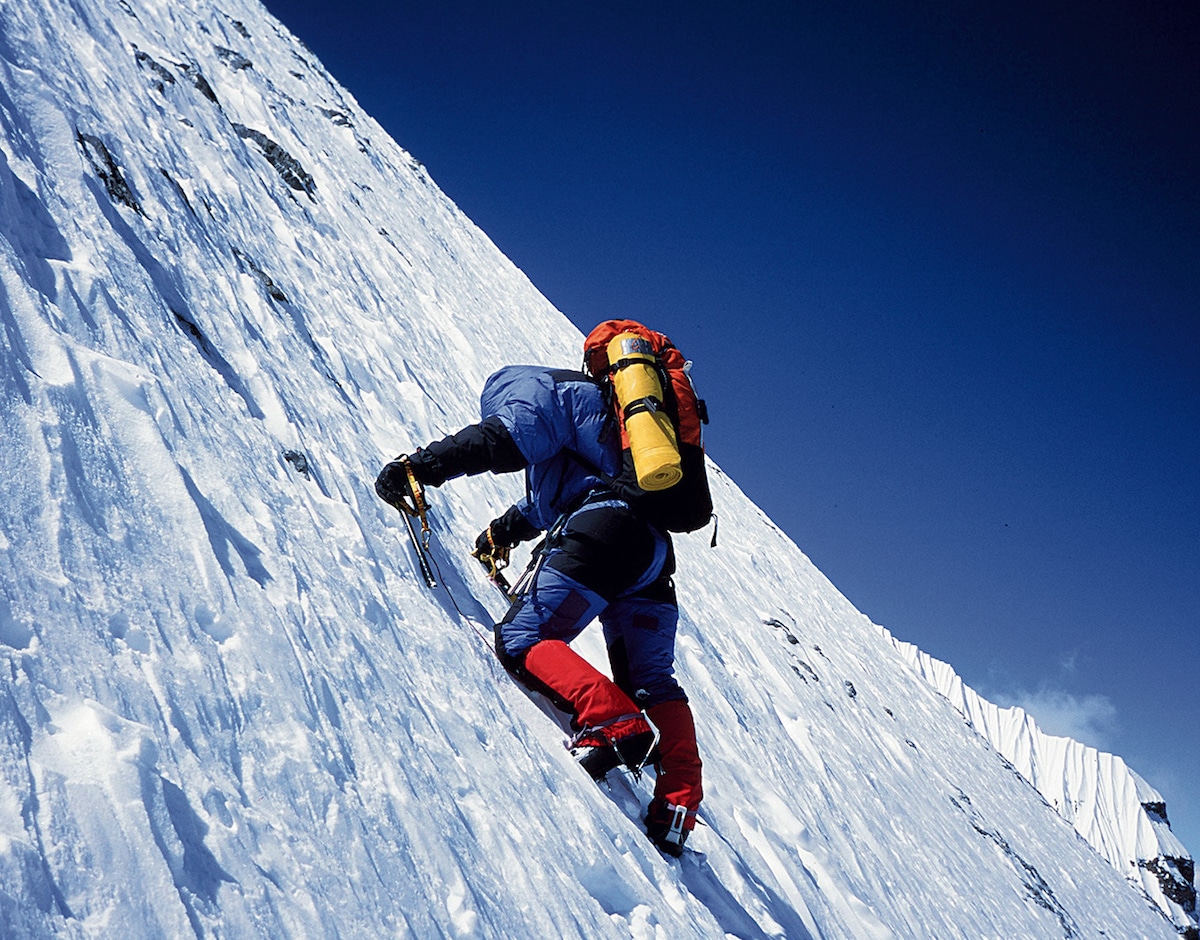 Three years after the Gyanchung Kang, Yasushi Yamanoi managed to open a new route on the north face of Putala Shan, in China: 18 pitches were made through the high rocky big wall, some of which were rated A3+. It is a success for him, even if he admits to having only reached the summit ridge, at 5,350 metres. “I hoped that success would be a sign of my comeback, and I wanted to prove to myself that I wasn’t finished as a climber,” he said. It was July 2005, and 19 years at an average of two expeditions a year had passed since his solo ascent of Dru.

We want to recognise the most beautiful Alpine careers beyond the West. Christian Trommsdorff, President of the GHM.

Yasushi slows down, but does not stop. Like a Kurtyka, he returns to the rock. In 2012, at the age of 47, he returned to Yosemite, his land of initiation, and succeeded with his reduced hands on the crack Heaven (5.12d/13a, or 7c), another of Ron Kauk’s works made famous by the ropeless solos of Dean Potter in 2005 and Alex Honnold in 2011. He was awarded a Piolet d’Or Asia in 2014, for his opening with Masarau Noda of a new route on the south-east face of Puscanturpa Est (5,410m, Cordillera Huayhuash), in Peru, in 2013: height 800 metres, passages in M5+ and A1.

“We wanted to extend the recognition of the most beautiful alpine careers beyond the West”, explains Christian Trommsdorff, president of the Groupe de Haute Montagne, which runs the Piolets d’Or event. Thus the jury of this 30th edition chose to honour the long career of the Japanese Yasushi Yamanoi, impressive for his longevity, commitment, technical skills, unfailing fidelity to this alpine style without artifice, but also for his humility in the face of proven dangers. 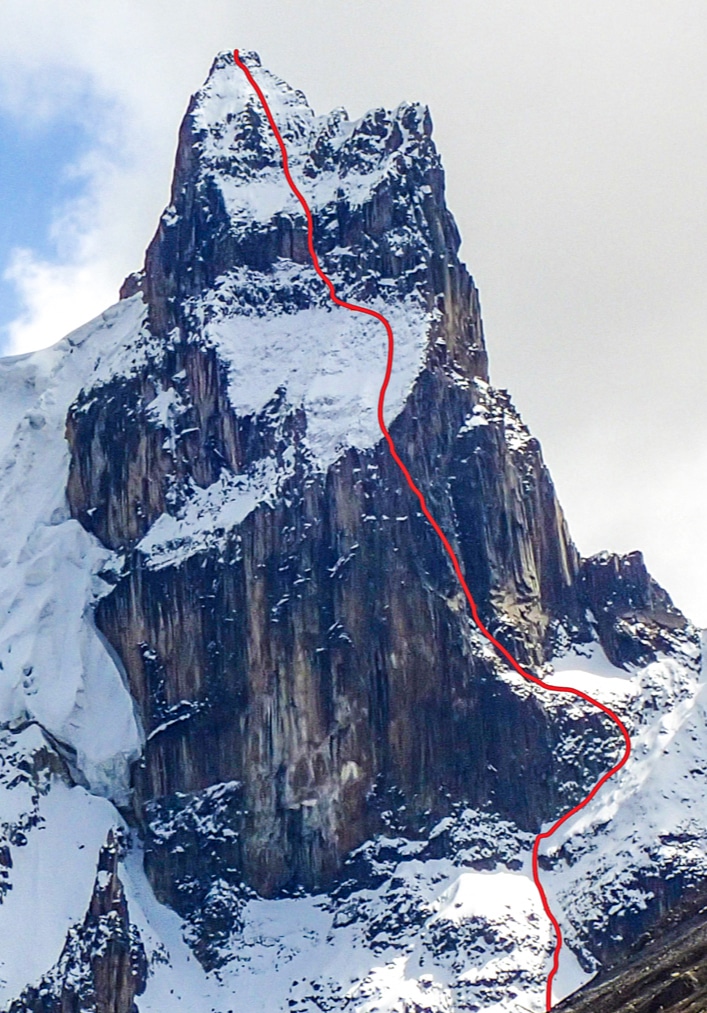