It has not escaped anyone’s notice that the current temperatures in the Alps are quite simply unbelievable. Records are being broken almost every day, as on New Year’s Eve, which will remain for many Alpine areas as the transition to the new year – which I wish you all the best! – the warmest ever recorded. 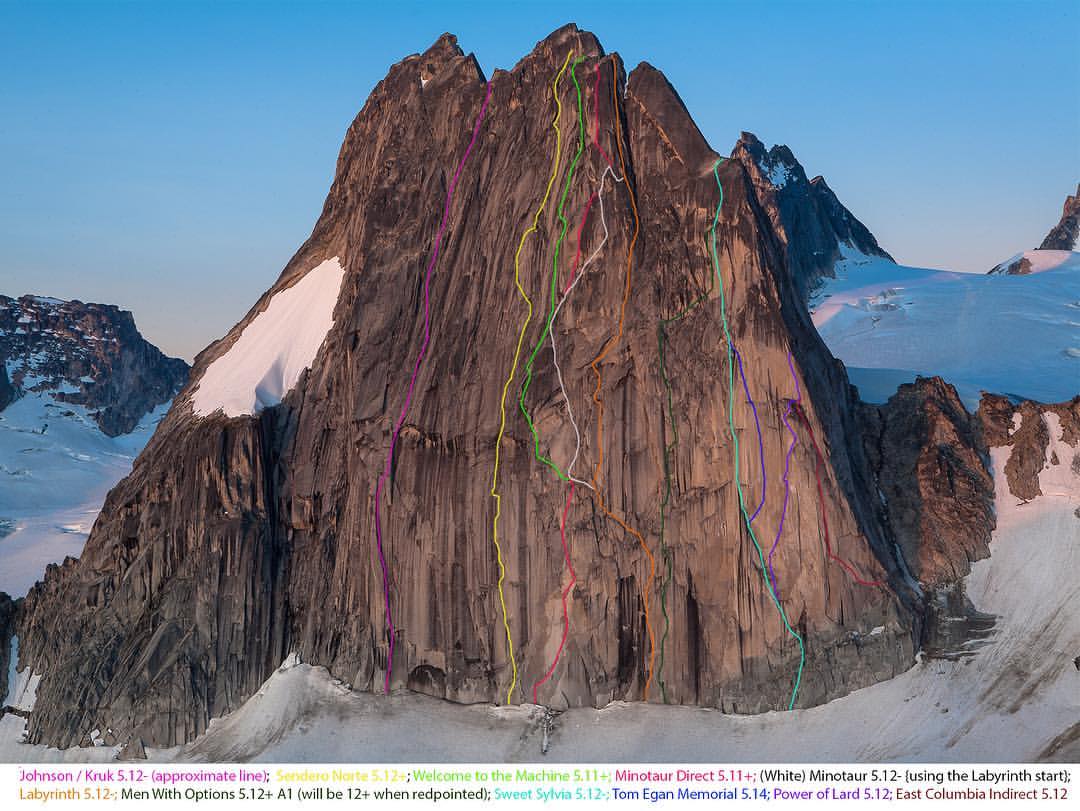 Before we really set foot in 2023 and see what this new year will hold for us from an environmental point of view, let’s take a look back at an event that took place a few days ago in Canada and more precisely in British Columbia, in the Bugaboo Provincial Park located in the central Purcell Mountains.

At about 200 km west of Calgary, at the foot of the Snowpatch Spire (3084 m), a famous peak among climbers and located immediately south of the Bugaboo Spire (3204 m). According to Gripped.com, the Snowpatch Spire has “world-class hard Alpine free routes“. Basically, the granite is beautiful, the atmosphere is alpine, it’s super steep and it’s often hard!

But at the end of December, a major rock fall profoundly changed the face of the north and east faces, causing “a shock wave in the local and international climbing community“, according to Gripped.com. The area included some fairly classic artificial and free routes, as well as the Tom Egan Memorial route, which Will Stanhope¹ had freed in 2015 (5.14) or the very popular Sunshine Crack, an 11-pitch 5.11 route opened by Alex Lowe and Shelly Scott. A few dozen routes were reportedly affected. The whole thing is now in the form of a long boulder deposit on the glacier at the foot of the east face.

The event destroyed a real landmark for climbers 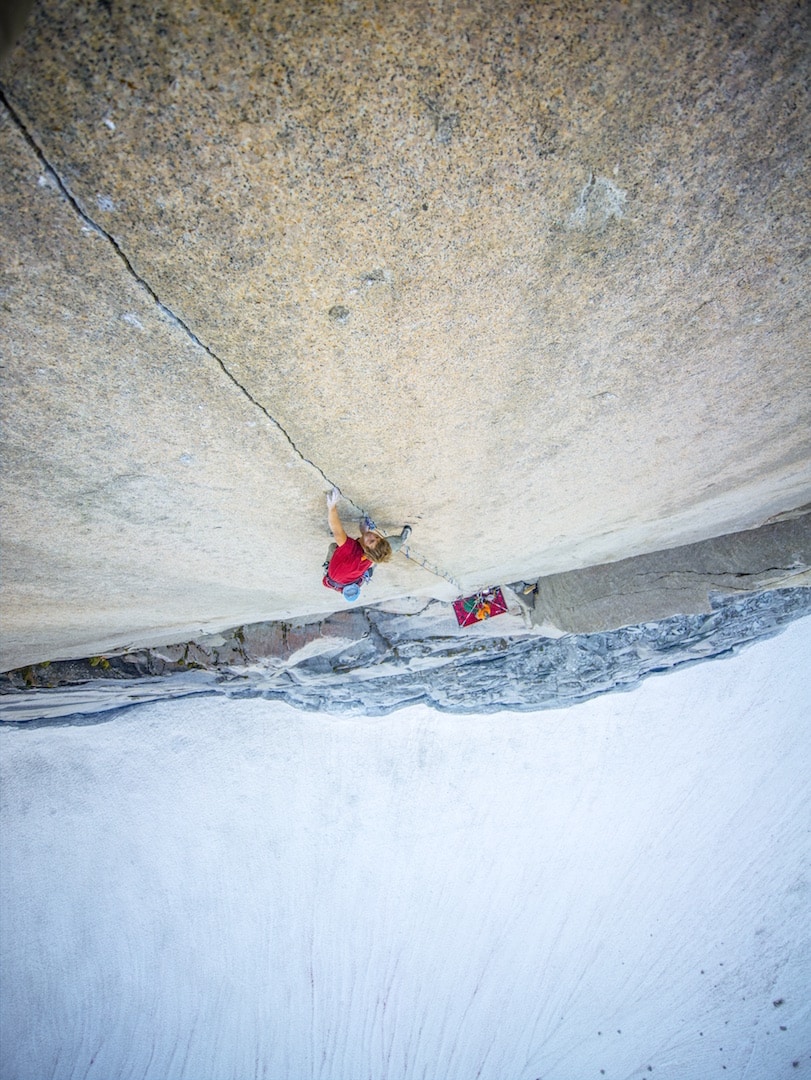 Will Stanhop freeing one of the most difficult pitches on the Tom Egan Memorial route in 2015. © Coll. W. Stanhope / American Alpine Club

Guide James Madden was the first to observe the impressive tracks left by the phenomenon as he flew over the area: “To see something this extensive is pretty surprising.” Noted (ice) climber Will Gadd was one of those who broke the news: “The phenomenon is absolutely huge and has taken out a lot of the classic difficult routes. If you’ve climbed in the Bugaboos, this will certainly shake you up.” Tim McAllister, another guide, said, “the event is of such magnitude that it has destroyed a real landmark for climbers.”

It’s a bit like their Bonatti pillar that has fallen. Only smaller. For Drew Brayshaw, a local mountaineer and hydrologist, estimates the volume collapsed at between 30,000 and 50,000 m3, the same order of magnitude as the collapse of the Tournier spur on the Aiguille du Midi in 2017 or the Trident du Tacul, also in the Mont Blanc massif, in 2018. However, this is a far cry from what British Columbia can do, as the province’s rock faces have produced rock avalanches of several million m3 in recent years, such as at Pic Joffre in 2019² or 2020. 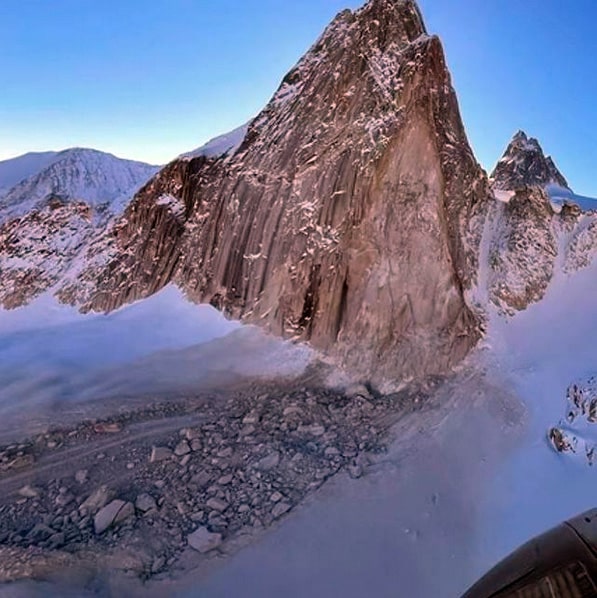 The collapse of the NE pillar of the Snowpatch Spire in late December 2022. Massive ice is clearly visible in the lower part of the upper half of the scar, indicating the presence of permafrost and its probable degradation which explains the collapse ©James Madden 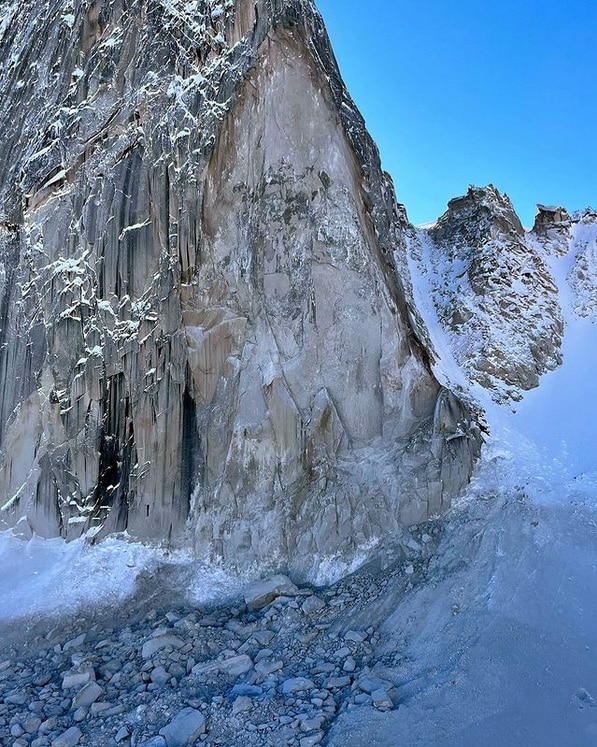 As for the explanation, even though the Bugaboo region has recently experienced very low temperatures (down to almost -40°C), the photos taken by Madden show massive ice largely present in a lower part of the scar. This is evidence of the presence and probably the breakdown of permafrost. At a depth of several dozen meters, the heat can penetrate… to the beginning of winter!

As in the Alps, the degradation of the permafrost coupled with the glacial retreat worries climbers and increases the risks³. Hence the need, there and elsewhere, to know how to decipher the weak signals provided by the mountain and potentially attesting to the imminence of a destabilization.

¹ I’ll let you browse this article from the American Alpine Club to see how beautiful, steep and hard it is!