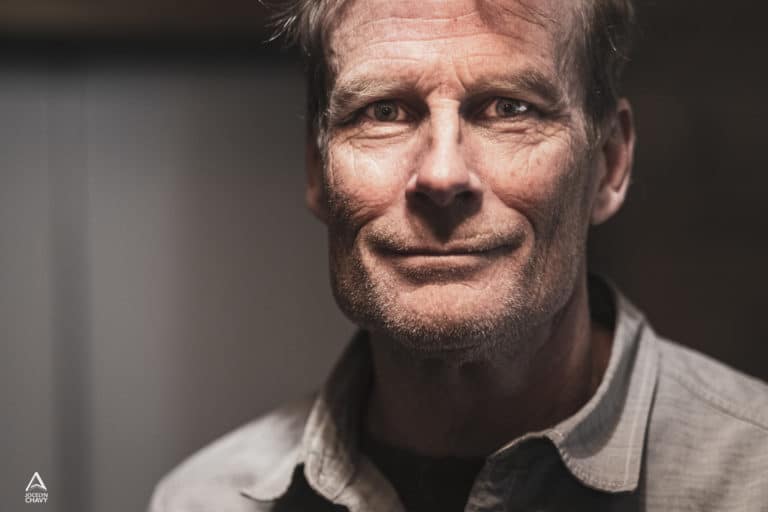 Conrad Anker has had an incredible life. Now approaching 60, his life has been so intense, even a Hollywood scriptwriter would find it far-fetched. A mountaineering prodigy, he had more than his share of adventures, climbing all around the world during the 1990s, the last great era of sponsored expeditions.

He also came face-to-face to tragedy, most notably the death of his best friend Alex Lowe in an avalanche on Shishapangma (Tibet) which miraculously spared Anker himself. He found his friend’s body 16 years later, when it emerged from the mountain’s grip. Since then, he has lost other friends, including many fellow climbers, most recently David Lama, who Anker had mentored. It was also Anker who found Mallory’s body, which had been trapped in the ice of Everest since 1924.

His personal life has been no less Romanesque. He overrode obsolete family morals by marrying Alex Lowe’s widow, adopting his three children, and creating a tight-knit family group, built on a love that was as intense as it was unusual. Max Lowe tells his family’s story in the film Torn (on Disney+). Nevertheless, Anker never relinquished his passion for the mountains. He kept going back, including to the greater ranges, and climbed with a boldness that would make most good fathers pale, as on Meru in 2011.