Discovery of the cameras of a famous photographer, taken in the ice since 1937. In the footsteps of Bradford Washburn 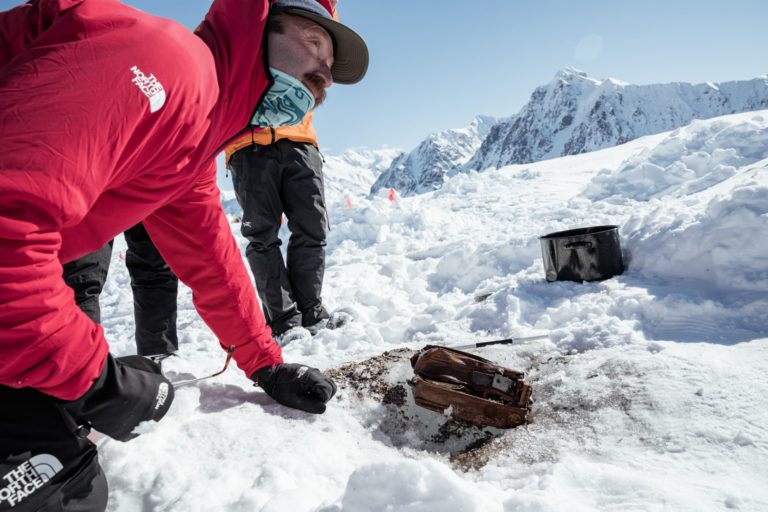 Griffin Post is an American skier known for his extraordinary freeriding skills. However, it was not for the powder that he returned to Alaska last spring, but for a real treasure hunt: to find the photo and video equipment abandoned by the famous photographer, mountaineer and scientist Bradford Washburn. Abandoned 85 years earlier, after an epic retreat from Mount Lucania. Interview with a skier-explorer.

Washburn and Bates, members of the Harvard Mountaineering Club embarked on an attempt to climb the then highest unclimbed peak in North America, Mount Lucania. The 17,150-foot summit lay in wildly inaccessible terrain deep inside the Saint Elias Range, straddling the border of Alaska and the Yukon amidst the planet’s largest non-polar ice cap.

The young and eager Washburn already had several unsuccessful attempts to climb big peaks, but in 1935, he convinced The National Geographic Society to fund an expedition into what is now Canada’s Kluane National Park and Reserve on the Traditional Territory of the Kluane First Nation, located in Canada’s Yukon Territory to be the first to take aerial photos and map the majority of the area’s glaciers and peaks. That groundbreaking 1935 trip was the first time Washburn laid eyes on Lucania, and inspired him to