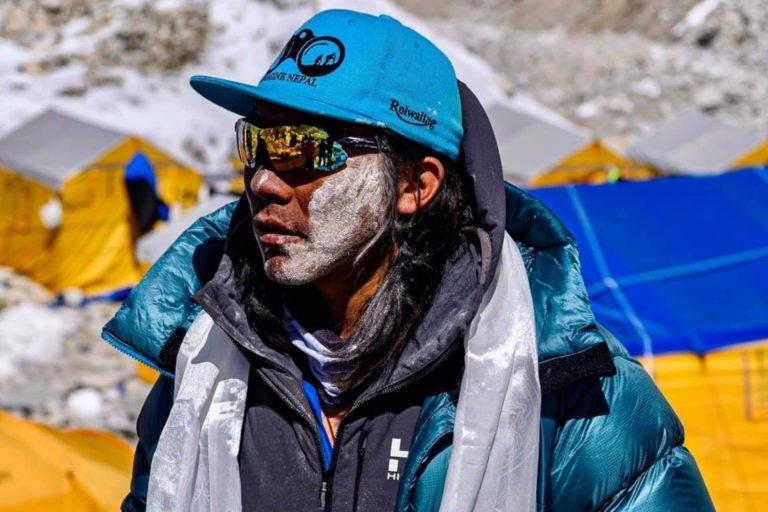 Mingma Gyalje was a key figure in the first winter ascent of K2, one of the biggest events of 2021. He also helped initiate the project that led to the highly symbolic fact of a Nepalese team beating all the Western expeditions to the prize. Mingma G. never hid his desire to be first, and he did everything he could to make it happen.

Too ambitious to settle for being “just” a Sherpa, he qualified as an IFMGA mountain guide and created his own company, Imagine Nepal, to take mountaineers to the country’s highest peaks.

It was during an Imagine Nepal expedition that he put the cat among the pigeons by climbing Manaslu’s true summit and, thanks to an opportune photo taken from a drone, showed that the other guiding companies stopped at a false summit. He said he wanted to put an end to the deception, and he did.