Alex Megos: step back to step up 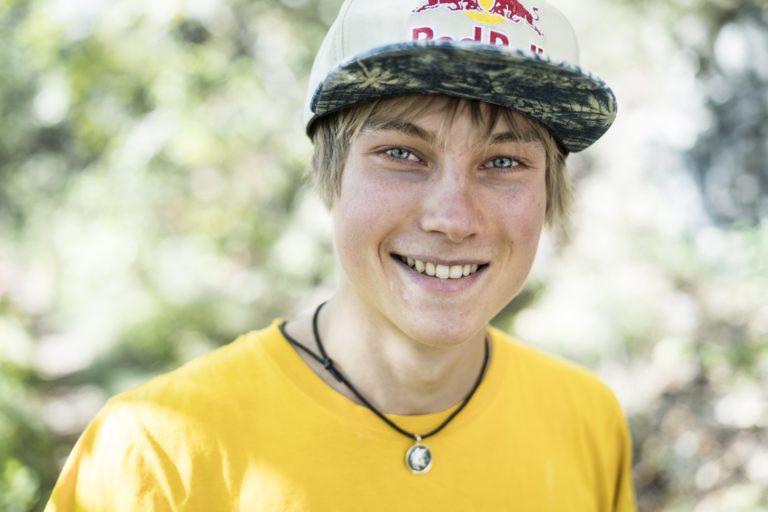 Alex Megos burst into the climbing saloon in 2013, when he became the first person to onsight 9a. After a six-year break from competitions, he got back in the saddle a few years ago, with the Olympics in his sights.

But the Tokyo Games were an ordeal for the talented climber from Erlangen and he failed to get through the qualifiers. To add insult to injury, a few days later Stefano Ghisolfi downgraded Bibliographie from 9c to 9b/b+, a route Megos had spent 60 days working before finally sending. But Megos showed himself to be a good sportsman and accepted the new grade without demur.

After the disappointments of the summer of 2021, Megos adopted the same remedy as Adam Ondra and focused on climbing outdoors. By the end of September he had flashed a 9a (Intermezzo XY, Austria; Chromosome Y, Switzerland) and in November he sent his third 9b (Furia de Jabali, Spain) to bring his total of grade-9 routes to 100.

Recently, Megos has posted a lot about grading issues, including the use of knee pads on certain routes (notably Pornographie, a 9a at Céüse which Megos maintains would be “only” 8c/c+ with knee pads). Next instalment in 2022: Will he try to send a “real” 9c?