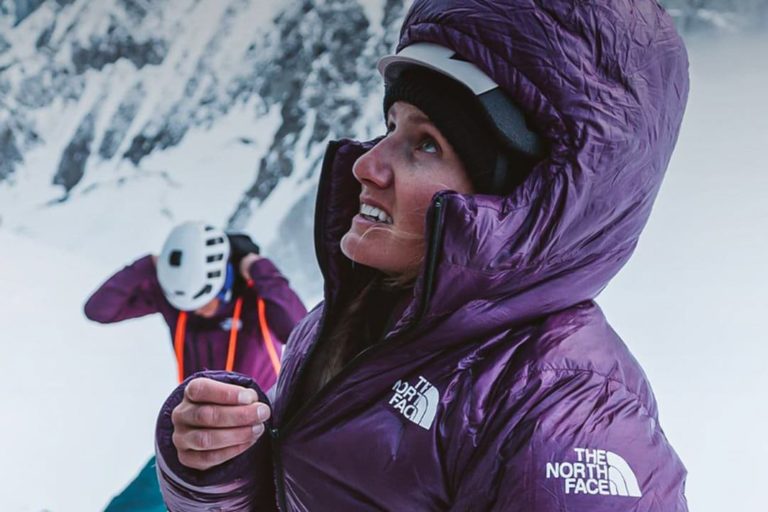 When we interviewed Kilian Jornet, he named Brette Harrington as one of the climbers who inspired him the most. We did a quick search to find out more about this astonishing young woman. We soon learnt that she is one of the few (possibly the only) women to solo routes this hard, one of her most outstanding performances being her solo of Chiaro di Luna (6b+) on the Aguja Saint-Exupéry in Patagonia, in 2015. Reel Rock’s short film Brette (2016) told us a little more about her achievements in the Rockies, Yosemite and Baffin Island.

Harrington shared her life with Marc-André Leclerc, another talented climber renowned for his audacious solos of rock and ice routes during the 2010s. Tragically, Marc-André died in 2018. The Alpinist, a magnificent feature film that was shown in cinemas across North America, tells the story of his life and includes a touching interview with Brette.

Marc-André’s death did not deter her from following her heart in the mountains, on rock, on snow and on ice. For the Piolets d’Or jury, her ascent of the northeast face of Neptuak Mountain (3,241 m, Canadian Rockies) with Tony McLane was one of the highlights of 2021.