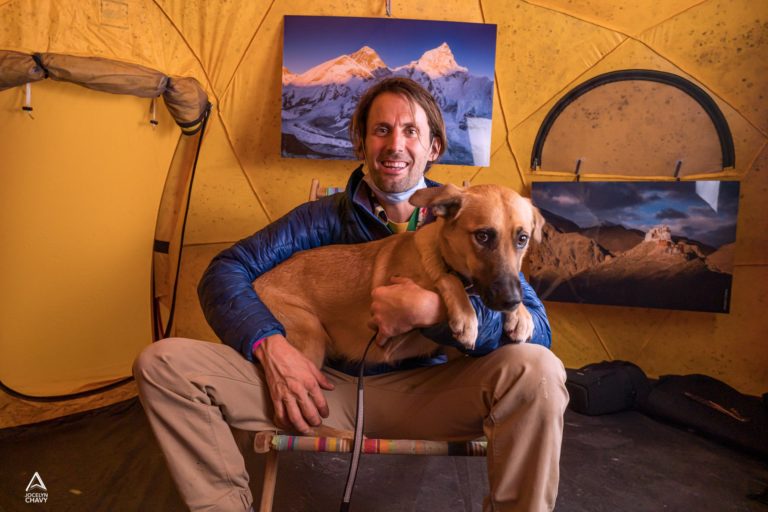 Nicolas Favresse has such a gift for making people laugh — just watch the films of his adventures on the world’s big walls — he could easily have gone into comedy, created a one-man show. The film of the three Alpine rock walls he climbed in 2020 with Sébastien Berthe, released in 2021 under the slightly scurrilous title Alpine Trilogy Doggy Style, is no exception.

The pair climbed Silbergeier (240 m, 8b+; Rätikon, Switzerland), Der Kaisers neue Kleider (250 m, 8b+; Wilder Kaiser, Austria) and End of Silence (350 m, 8b+; Berchtesgaden, Germany), cycling from one route to the next… with their dog. A great performance that earned them the audience prize at the Rencontres de Grenoble.