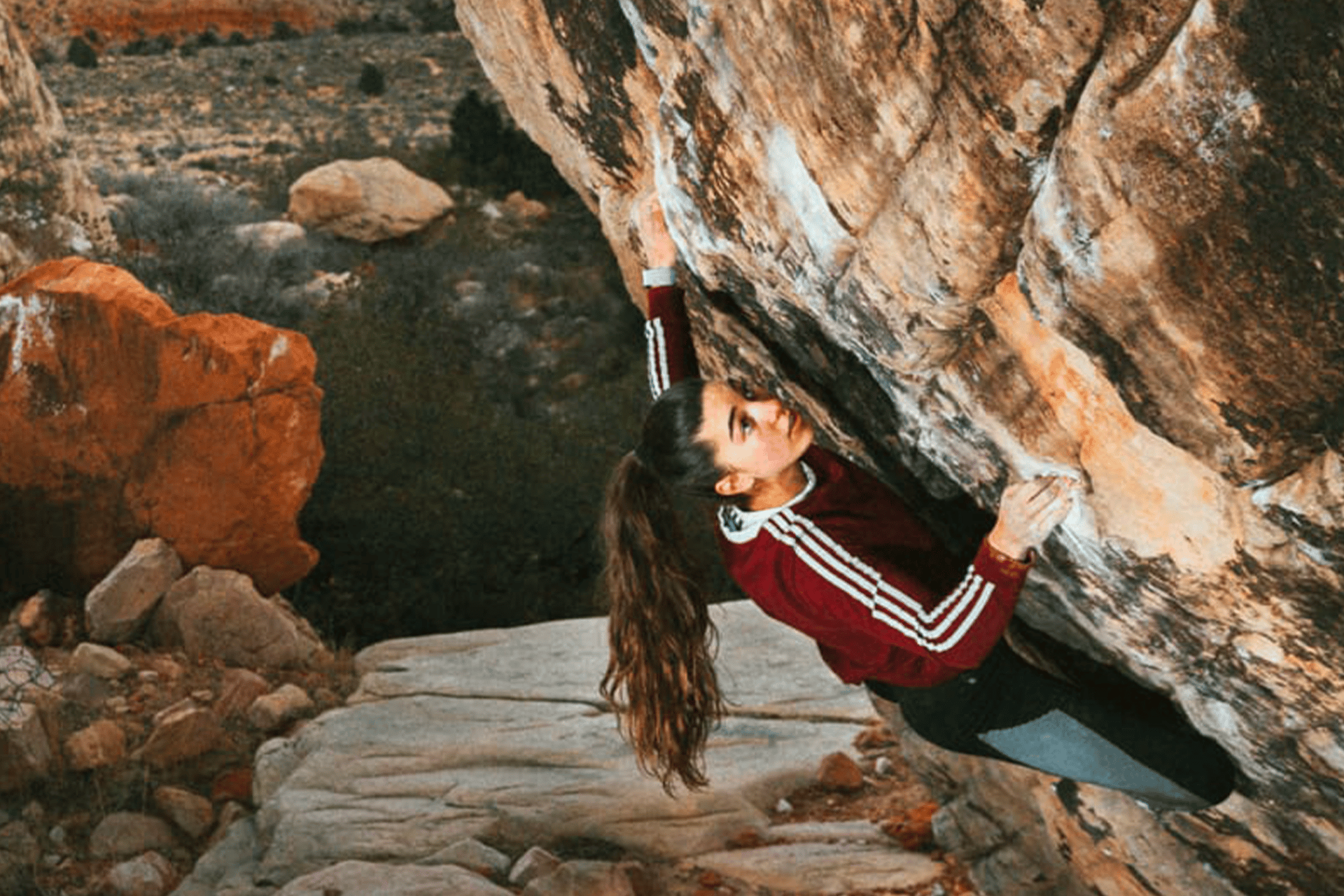 It could be said that Brooke Raboutou has climbing in her blood. Her father, France’s Didier Raboutou, won three world cups; her mother, America’s Robyn Erbesfield, won five US championships and four world cups. And, to cap it all, Brooke grew up in Boulder, Colorado, probably the best place to start climbing in the USA. So, it is not surprising that she finished 5th at the 2020 Tokyo Olympics.

Although she was still only 20 at the time, she had already spent almost ten years at the cutting edge of women’s climbing, having repeated Welcome to Tijuana (Rodellar) at the age of 11, which made her the youngest person to send an 8c. Adam Ondra did not do his first 8c until he was six months older than Brooke. She is also the youngest woman to have climbed an 8b+ and the first 9-year-old to do a V10 (7 C+) boulder. She sent her first V11 (8A) when she was just 10.

What does she have in store for us in her 21st year?