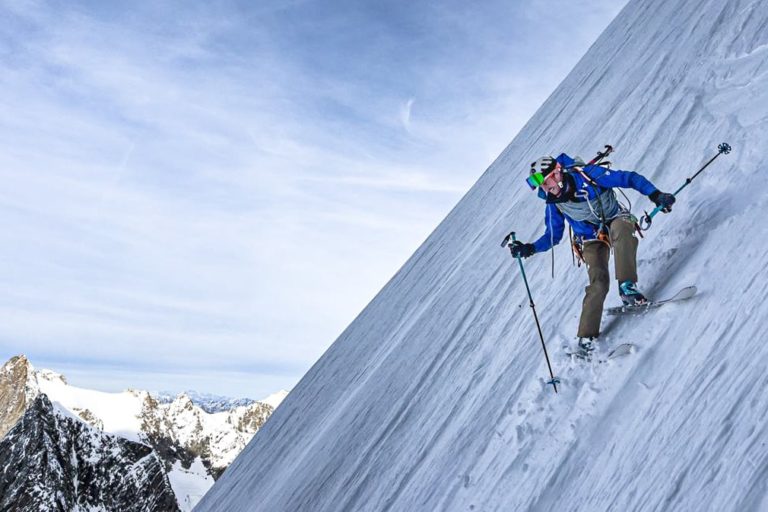 It is the kind of route which, despite its fame, has only attracted very rare skiers. Located on the edge of the north face of the Grandes Jorasses, the Linceul is a slide on the void, that of the three hundred and fifty metres of ice gullies which allow access to it. This Friday, the 11th of November, Boris Langenstein and Guillaume Pierrel climbed the gullies in delicate conditions, then slalomed along the snow patches stuck to the glass of the Linceul. At 3pm, they put on their skis under the Hirondelles ridge. They join the club of the very few skiers to put their skis on the north face of the Grandes Jorasses!

The two companions, who climbed and skied the Gasherbrum II in 2021 with Tiphaine Dupérié and Aurélia Lanoé, succeeded in their challenge. Here is the story of Guillaume Pierrel, who immediately left to climb in Jordan, an activity that is more common in the autumn than putting on skis on the north face of the Jorasses.

Approach in the moonlight. The Linceul is clearly visible on the left. ©Guillaume Pierrel – Boris Langenstein 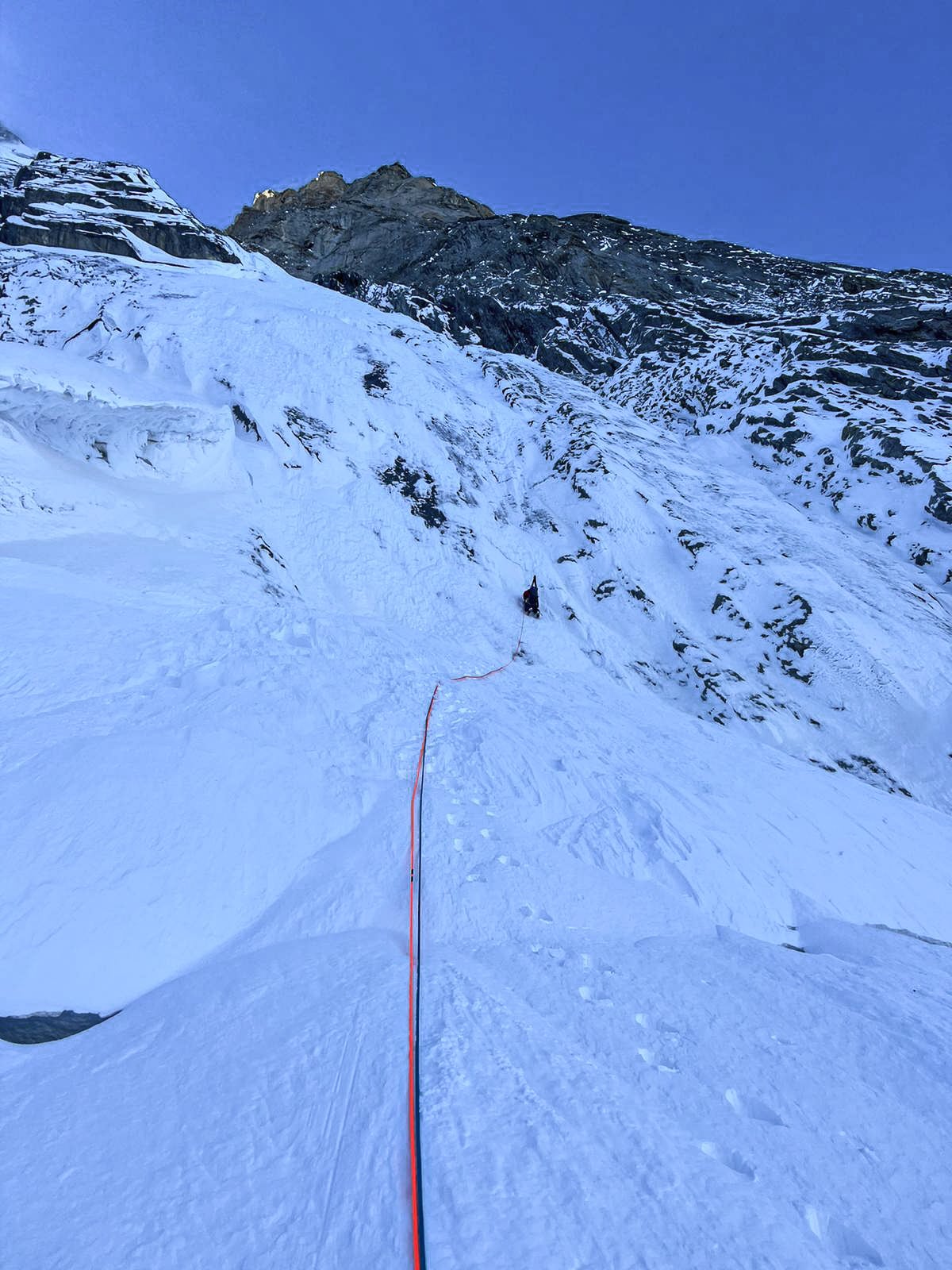 Passage of the rimaye, with the Walker spur