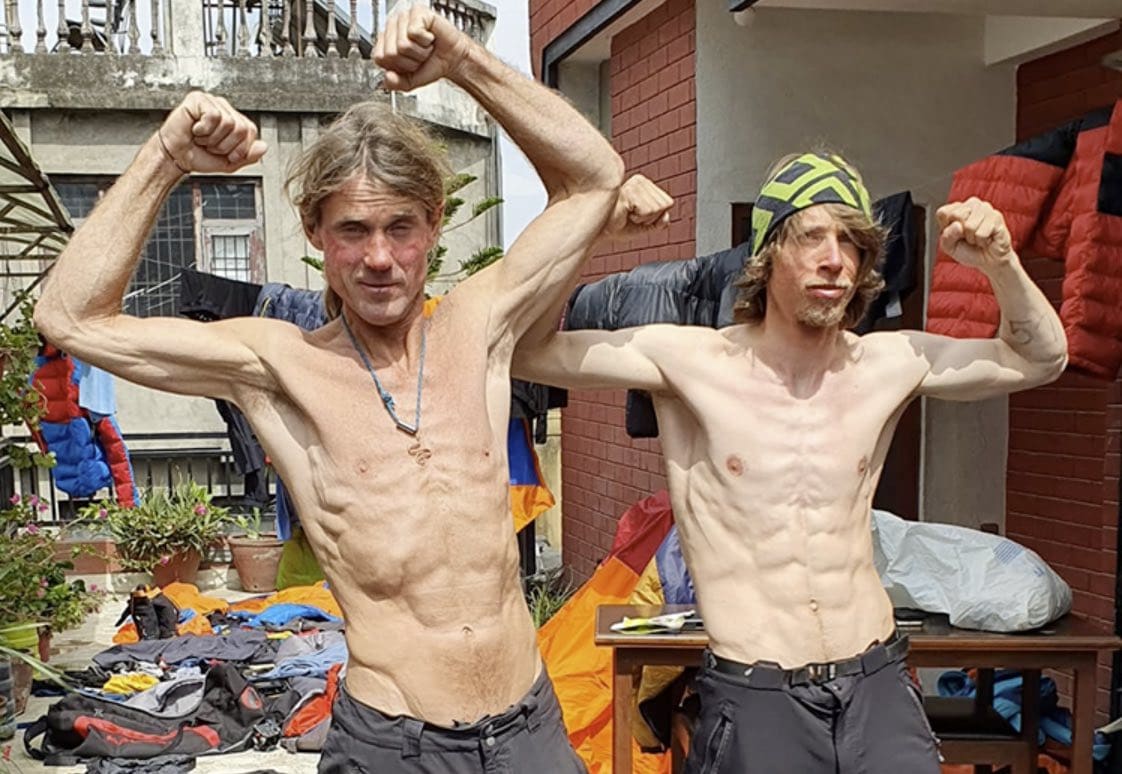 Marek Holecek and Radoslav Groh back from Baruntse, in Kathmandu. ©Holecek

Marek Holecek has already won two Piolet d’Ors for his first ascents on Gasherbrum (2017) and Chamlang (2019). His epic descent of Baruntse with his partner Radoslav Groh in the spring of 2021 also left a lasting impression.

Having already bivouacked five times on their way to the summit of this 7,000-m peak in Nepal, they were trapped by a storm for a further three days and three nights on the snow-swept west face. For their families and friends, the wait was agonising. Miraculously, they managed to avoid the avalanches and myriad other dangers and made it down alive. The picture of their emaciated bodies speaks volumes about the harshness of their ordeal.