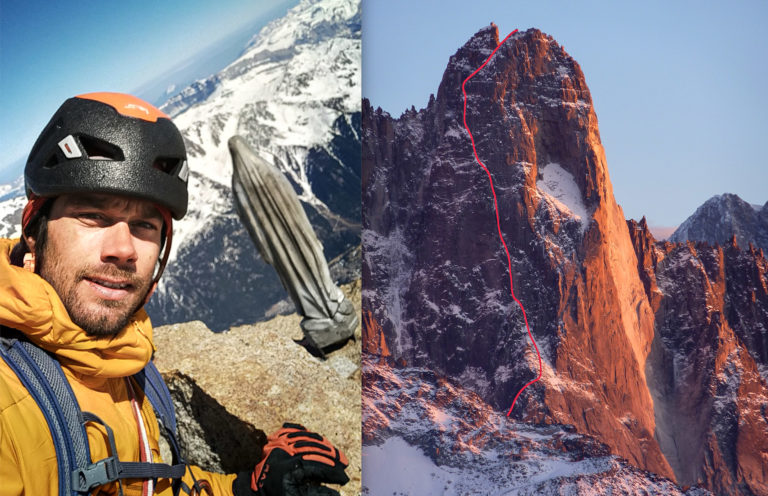 Raphaël Georges at the summit of Petit Dru, March 23. On the right, the Lesueur route on the north face.

From 21 to 23 March, the young mountain guide Raphaël Georges, 31 years old, made the first solo ascent of the Lesueur route (1952, 900 m, M7, 6b), on the north face of the Drus. Starting from the valley, this strong rock climber free-climbed all the difficulties of the route of the famous Bleausard brothers before exiting at the Petit Dru by the north couloir, at the end of the morning of the third day. This is a humorous account of a solitary climb that was not really calculated, but rather the result of circumstances in the middle of a busy guiding season.

January 2022. Between two “bartasses” in Patagonia I came across the news: Charles Dubouloz had just climbed the north face of the Jorasses in winter, via the Rolling Stones route. And alone! The combination of Jorasses, North Face and winter is already enough to scare a lot of people. Add to that one of the hardest routes in the Jorasses, all solo, and you get something pretty solid in terms of mountaineering. Deep down, I was really impressed by his ascent; a bit like when I was a kid and I used to read stories of winter climbs as Desmaison did. Well done Charles!

Back in France, the weather never stops being good. But to replenish the coffers, I have to work as a guide. It’s nice to be a guide in winter, often alternating between turns in the powder and restaurants on the slopes. As