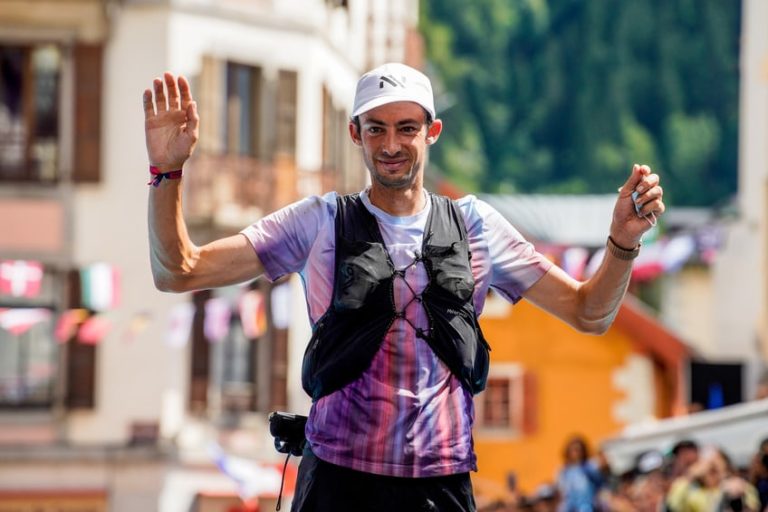 The UTMB is not the world’s top trail running race for nothing: the best mountain runners have once again gathered there, in Chamonix, France. For the past 19 years, the world’s elite have been competing against each other around the 160 km Tour du Mont-Blanc. Spaniard Kilian Jornet proved that he is still one of the most exceptional athletes of his generation by completing the UTMB in 19:49, a record time and first under 20 hours. In the women’s category, it is the American Katie Schide who win the Grail of trail running.

This is the unmissable event of the summer in Chamonix. An impressive crowd crowds around the finish area, but you only have to go to the Flégère (live) to see that the fervor hasn’t changed for the trail gods, or those who aim for the podium. In this game, Kilian Jornet simply set the new record of the event, with a time of 19:49, under the mythical bar of 20 hours, a barrier that some considered impossible, while others dreamed of it, like Pau Capell. But the latter was quickly outdistanced by his compatriot, who also left the favorite Jim Walmsley behind at mid-race. The American curse in the men’s UTMB continues, but not in the women’s, as Katie Schide did a magnificent job in her race. We’ll come back to that. 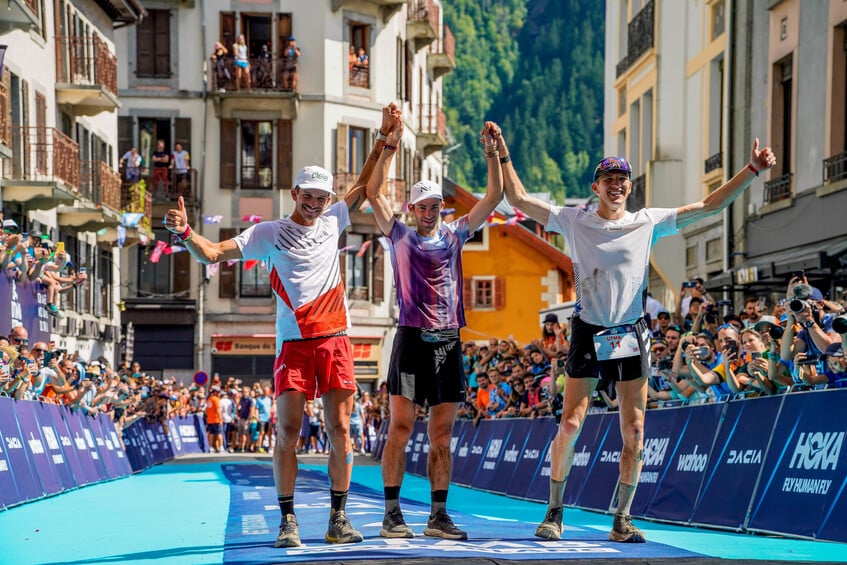 You have to write it down to believe it: 19:49 to complete the UTMB, one hundred seventy kilometers, 9000 meters of elevation gain, it’s incredible. Like the start, which was extremely fast: it was hard to believe that these guys were leaving for twenty, twenty-five hours of racing for the best. This UTMB 2022 will also be remembered as Kilian Jornet’s fourth victory, which equals François D’Haene in terms of number of victories, but probably surpasses him, for the moment, in terms of longevity. Judge for yourself: Kilian Jornet won his first UTMB in 2007, the second in 2008, the third in 2011. In the meantime, Kilian said he would return to the UTMB “when the level is there”.

This year the field was very strong, with serious competitors showing their ambitions: Spaniard Pau Capell and American Jim Walmsley, who lives in the Beaufortain region. But it was not them that Kilian had to worry about, but a Frenchman who finished in an stunning second place, Mathieu Blanchard. Stunning, because the duel between Kilian and Mathieu saw the victory of the former, but also the finish of the latter in an equally unprecedented time of 19:54.

A For Kilian, it was not a foregone conclusion. Far from it. American Jim Walmsley had escaped at the end of the night and dominated the race until Champex-Lac. On the climb to La Giète, Walmsley could no longer feed himself, and saw the duo Kilian Jornet / Mathieu Blanchard come back on him. The end of the race offered a homeric duel between the Frenchman and the Catalan. In Vallorcine, as he approached the final climb to the Tête aux Vents, Kilian Jornet made a decisive attack. He quickly took several minutes of advantage to take the lead in La Flégère, and finally won in 19:49:30. Mathieu Blanchard also finished in under 20 hours (19:54:50). Kilian thus becomes the new record holder for the complete loop in 19:49:30.

I didn’t have an easy time on this race. kilian Jornet

“On this edition, the weather was really perfect, I had a great night, even if I didn’t have an easy minute on the whole event,” said Kilian Jornet. “But it was a great experience to share all those kilometers with Jim and Mathieu. It’s a moment I’ll keep in my memory. My race management was special. My health was at its limit, and I had to manage that as a priority,” continued Jornet. “I didn’t want to exceed a certain intensity threshold, but I had to go at a constant speed, without accelerating, to avoid crossing that threshold,” explained the Catalan. “When Jim started like crazy on the descent of Arnouva, I tried to follow him, but I quickly gave up, I could not follow, I preferred to stay behind. I had a big setback on the way to Champex. I said to myself: “you go to Champex and we’ll see”. I really thought about giving up at that point. And then Mathieu joined me. And in the end, his return helped me to stay in the race. I tried to keep up with him and he motivated me. In the end, we had a crazy battle, and I put everything on the climbs to hope to catch Mathieu by the finish line.”

Mathieu Blanchard, for his part, had a glimpse of victory in the objective race of his 2022 season, before losing out to “The ultra-terrestrial” Jornet. “At one point in the race, I saw Kilian in the distance. I even apologized for overtaking him, wished him good luck, accelerated, but he hung on” smiled Mathieu at the finish line. “So, together we went on the hunt for Jim. We pushed each other to the limit, and in the end we managed to do these crazy tempos. I wanted to do 21 hours, I never imagined doing less than 20 hours! Alone, it would have been impossible, but with two of us, in a fight, it became possible. When you’re fighting, you don’t look at the watch anymore. I didn’t expect such a result. 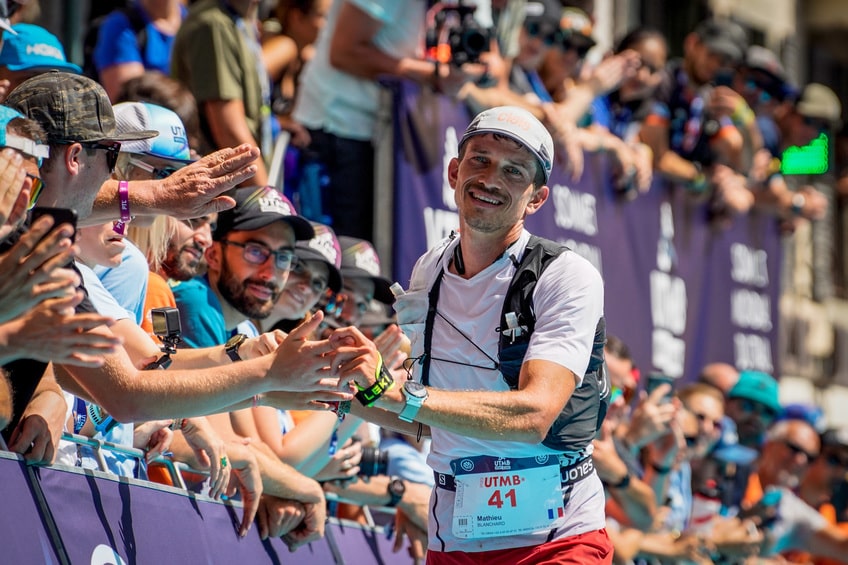 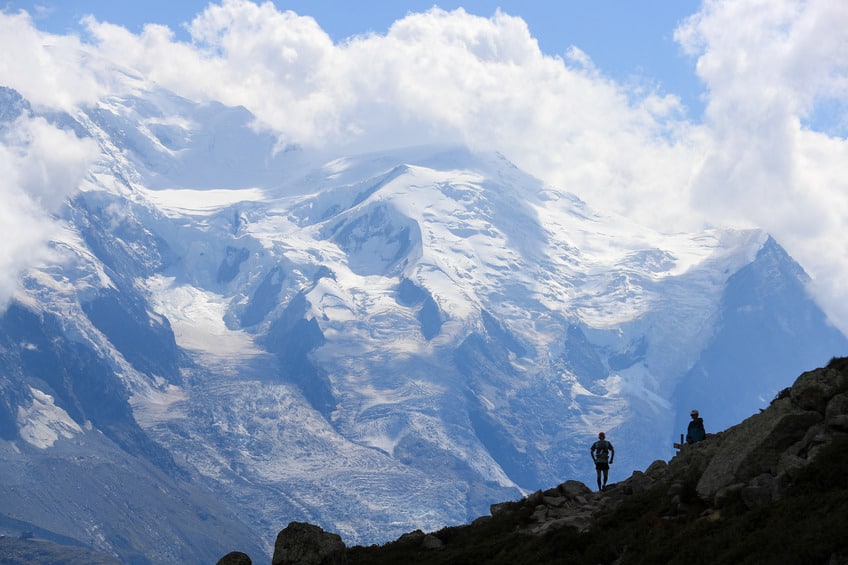 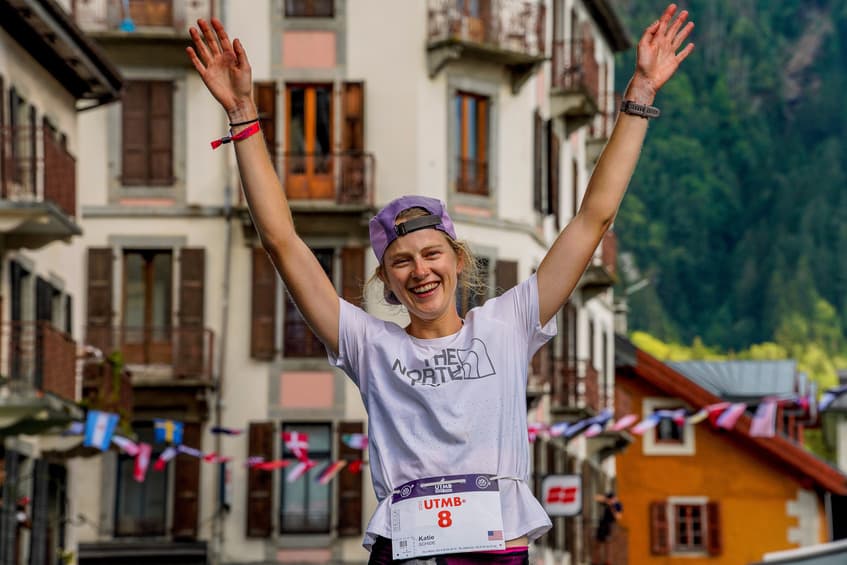 In the absence of the title holder Courtney Dauwalter (USA), it was Katie Schide who took her place, winning after 23 hours and 15 minutes of racing. The 31 year old American, who lives in France with her partner Germain Grangier, had a rollercoaster ride. “I got off to a fast start, with a quick lead over my opponents,” explained the geologist by training. “I was more than 15 minutes ahead when I arrived in Courmayeur. It was not really the plan, but in other years, I had started too slowly”.

When she arrived in La Fouly, the American experienced a “downturn”, as one does in this type of effort. Katie Schide let the “storm” pass, putting on a jacket and walking. It was then that a bitter duel was played out with the Canadian Marianne Hogan. The latter came back on Katie Schide and passed her. But the gap was not irreparable. “I started to come back on the climb to Champex. I told myself that a new race was starting, and that three big difficulties remained on the program, so I could come back. That’s what Katie Schide managed to do, to take the lead on the climb to the Bovine Alps, “drop” the Canadian, and head for her first victory, after a 6th place in 2019 and an 8th place in 2021 on the UTMB. His companion Germain Grangier, who had to abandon victim of Covid symptoms, will undoubtedly find a consolation there. This Saturday evening, more than two thousand runners are still in the race.