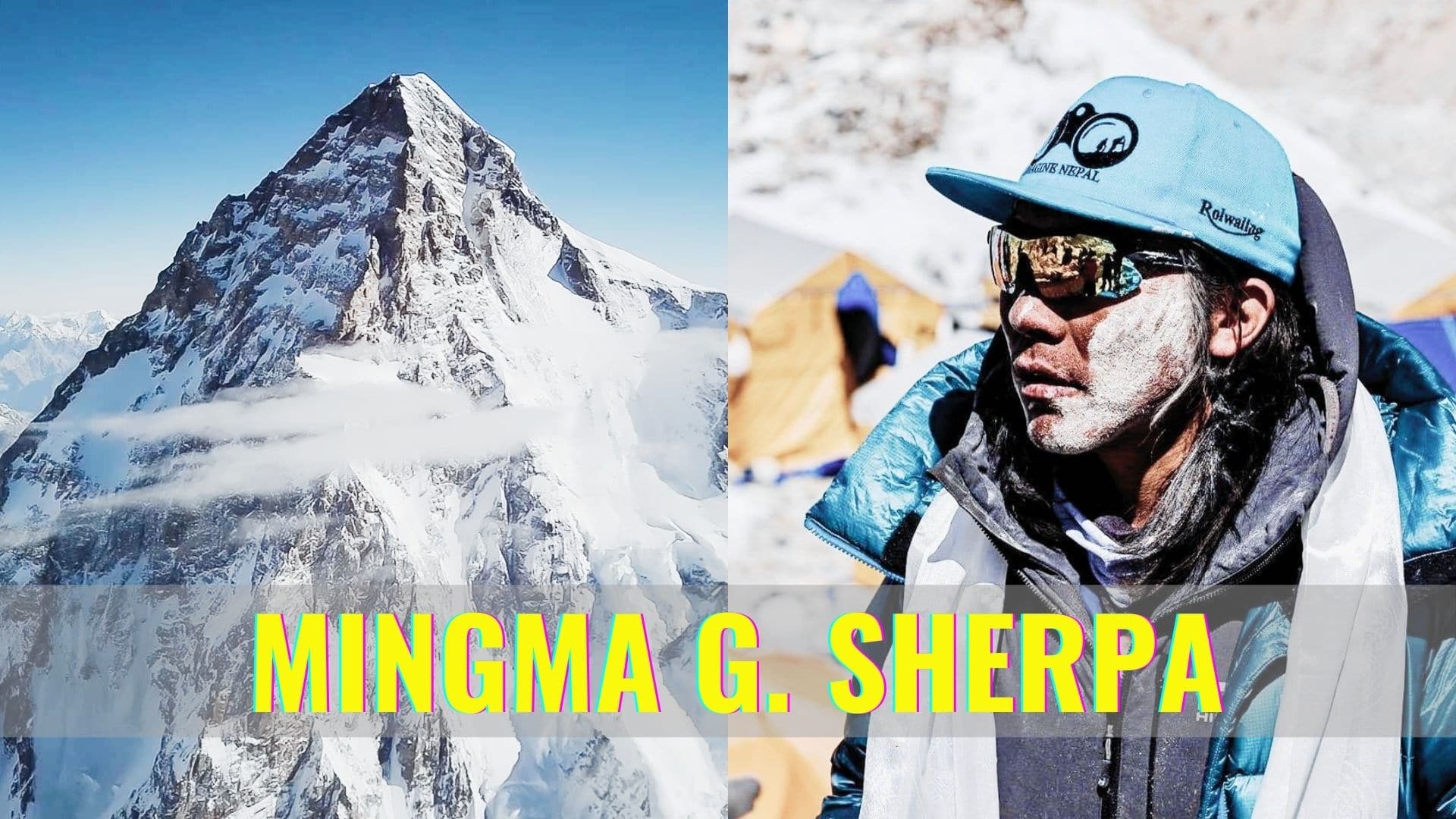 Mingma Gyalje Sherpa, who this autumn climbed the (true) summit of Manaslu, and who last winter made the first winter ascent of K2 with ten other Nepalese, has patiently built his success. Founder of the company Imagine Nepal a few years ago, the rising star is a result and reflection of the fast-paced changes taking place in Nepal’s 8000ers, where pawns are quickly promoting into bigger pieces, determined to dominate the game on the highest chessboard in the world.

With his precious mountain guide diploma in his pocket, certified by the International Federation of Mountain Guides Associations, it was time for Mingma Gyalje to found his own mountain guiding company on the highest peaks of the world: Imagine Nepal was created. In 2017 he climbed Broad Peak (with a disputed summit claim) and K2 again. Harsh conditions pushed two big (Western) commercial teams back, but Mingma G continued. Later on, he told Alan Arnette that he had trusted the weather forecast provided by Krishna Manandar, a Nepal-based meteorologist who had been also one of Mingma’s teachers, Manandar predictions proved right and Imagine Nepal’s team returned with a 100% success.

Four years later Manandar would also be key in the Nepalese’s triumph on winter K2. One of the clients who summited in Mingma’s team that summer of 2017 would also play a major role on winter K2 history: John Snorri of Iceland.

On 22 July 2018, Mingma G. put an end to the controversy over his unsuccessful ascent