Why we didn’t like Jeremie Heitz’s movie, La liste : everything or nothing

«The sickest ski footage of all time”. “Jérémie and Sam push the limits of skiing”. “A film that will leave its mark this winter”: the praise is pouring in for The List, Everything or Nothing, the film starring Jérémie Heitz and Sam Anthamatten, directed by Eric Crosland. The fact is that the rumour precedes the viewing: without being its sequel, this new film is the heir to “The List”, the film that five years ago revealed Jérémie Heitz and his incredibly fast and fluid way of skiing steep slopes. In “La Liste”, where the specialists took long minutes and many turns to descend a slope, the Swiss skier scratched it in a few dozen seconds and two curves: Jérémie Heitz effectively redefined the art of skiing in the high mountains, and intends to do the same for his next film.

I thought I would be lucky to see the French premiere. I was left with a bitter taste in my mouth

Like three thousand other people, I thought I would be lucky to see the French premiere in Grenoble during the Rencontres Ciné Montagne, before the film went on tour in Europe. As the festival ended, I was left with a bitter taste in my mouth, and I wasn’t the only one. Why? Hadn’t I seen those incredible images of Jeremie or Sam descending the slopes of an unknown mountain in Pakistan, sequences of great beauty? Hadn’t I understood that sometimes even champions give up? And yet, even if this List 2 is Sam’s rather than Jeremie’s, that’s not the problem. 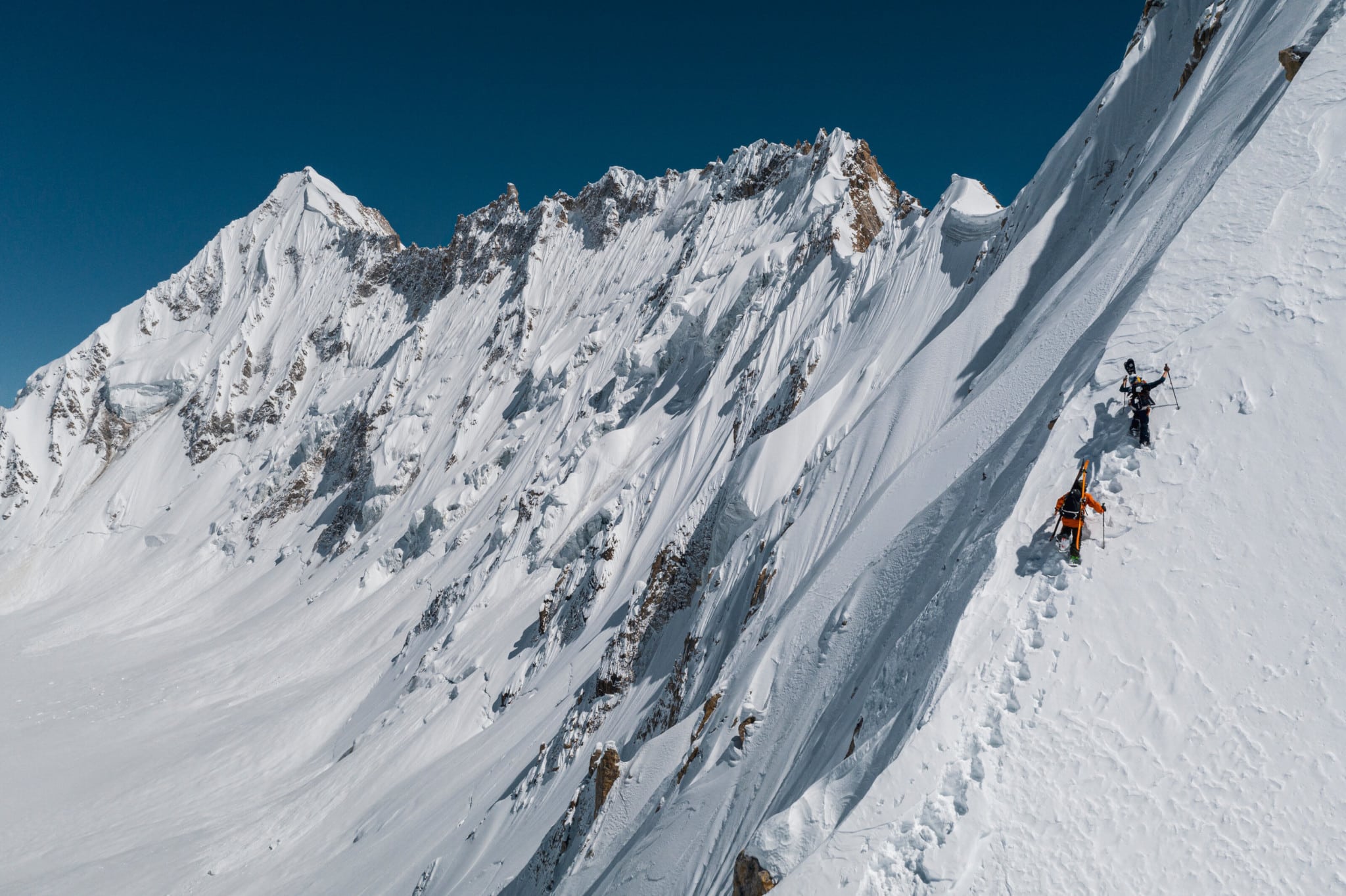 It is no exaggeration to say that this film, The List: Everything or Nothing, made me feel uneasy, not to say disgusted. Spoiler alert. At the beginning of the adventure, which consists in transposing Jeremie’s skiing style from the Alpine summits to 6000 meters high peaks, in Peru and then in Pakistan, the expedition turns into a tragedy: Mika, the photographer of the expedition, falls and gets seriously injured. His back was injured, his lung punctured, and he was close to death. What follows will show the seriousness of the accident: Mika cannot walk for months, he struggles to get back on skis (for the emotional sequence at the end of the film) and will obviously never be the same again.

I feel uneasy about the shamelessness of a film that should have ended with Mika’s rescue.

When you put a love story in the middle of a climbing film, to give the film depth, like Sanni with Alex Honnold in Free Solo, it’s not a problem as long as the climber, or, the couple, doesn’t end up on the ground, scattered in pieces. Like Mika in The List: everything or nothing. When this guy ends up in a wheelchair in the middle of the film, maybe they should have refrained from making him a “character” in the film, who declares at the end that it wasn’t worth it. We suspected as much.

But as the title states, it’s all or nothing. Since they can’t give up the money at stake (the nothing in the title), then that’s it: the shamelessness, the discomfort in front of these two gifted but candid guys, at the very least, to play this score until the end, because the show must go on. Discomfort in front of this RedBull film, sponsor of the circus games of the Rampage, a freeride mountain bike event which left people seriously injured. A nasty habit.